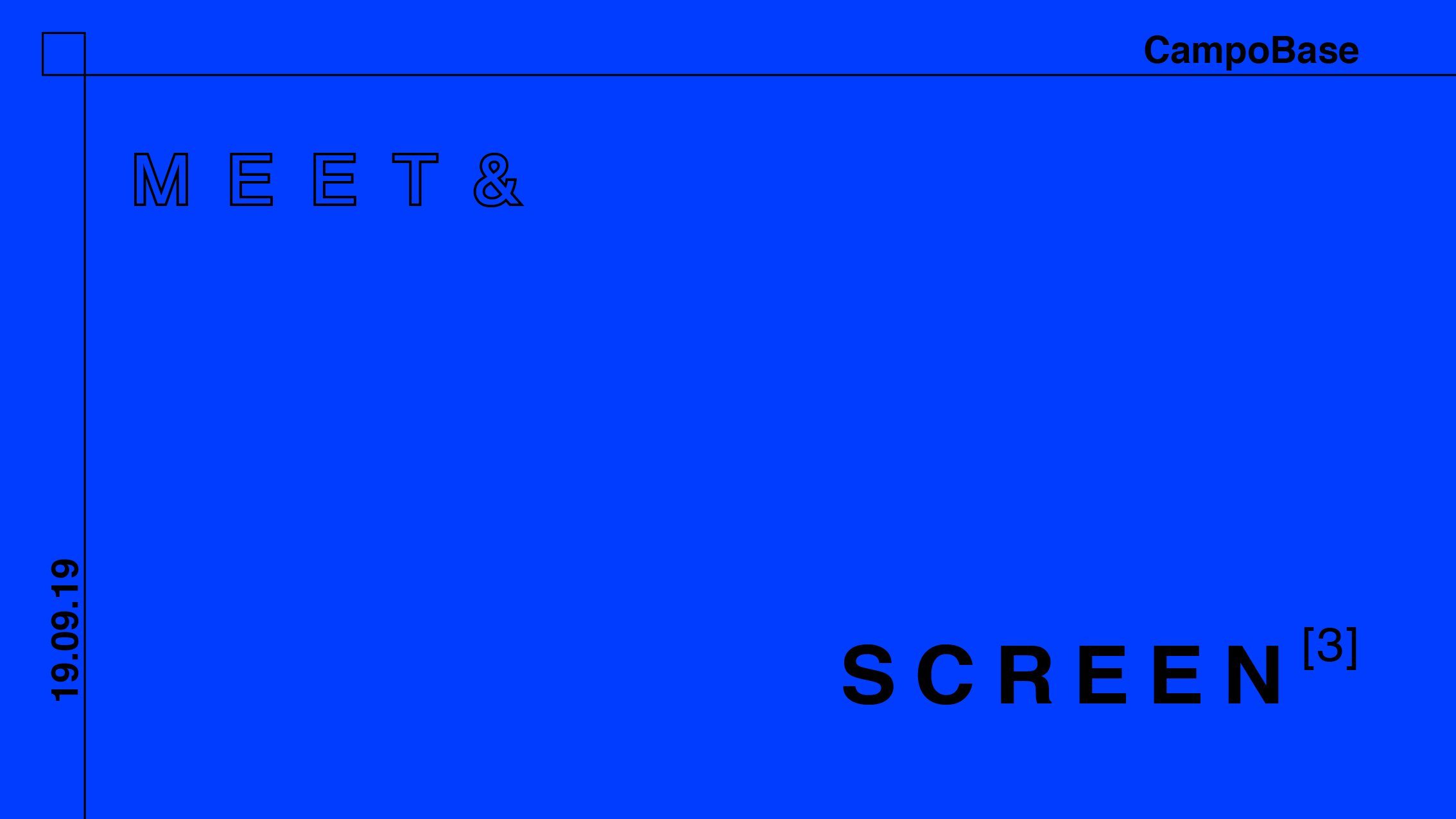 CampoBase organizes MEET & SCREEN, a series of screenings of video works which, as well as exploring themes dear to CampoBase’s research, creates opportunities to open the space of Via Reggio 14 to moments of sharing and informal exchange.

MEET & SCREEN [3] features the projection of some audio and video works by Anna Raimondo, whose practice explores and mixes differences, peculiarities, identities, aiming to create space and time for meeting and exchange, embracing the unexpected with humor and playfulness.

The appointment is part of the program of activities towards House of Displacement, a festival of performance, artistic events and theoretical meetings that will take place in Turin (3-6 October). CampoBase is getting ready to these October days with #roadtodisplacement, inaugurated with the takeover of the Instagram account of CampoBase in August and the workshop by Roberto Fassone scheduled for Saturday 14th and Sunday 15th September.

We would like to thank Anna Raimondo for the kind concession of her video and audio works.

A hypnotic image, magnified by the drop filling the glass and raising the liquid’s level. The initially crystal-clear, neat voice imperceptibly tires, breaks down, chokes, and finally drowns. The water level raises, the voice and the word crack, and the association between glass and mouth – the cavity through which the body swallows the life’s lymph – materializes. The metonymic migration of meaning from and to two related forms acquires more and more pregnancy as the given sign takes on other signs: the basin “containing” the sea, the boat “containing” the sailing men.

A character from fantasy in the public space, the mermaid becomes an incongruous figure who is incapable of moving without being carried. The appeal for help then becomes a crucial issue for the artist, who depends on the assistance of those she encounters. Seduction and surprise form an integral part of the interactions with the people she meets in order to address with them the matter of what makes them think of the sea.

After realising a sonic composition with porno-actors’ orgasms, the artist has caught the public transports by which she uses to move daily in London, while listening to this recording at the highest volume; her private listening has thus become public. With the same material, the artist has realized a kit in mp3, equipped with earplug headphones and users’ directions, inviting then the audience to perform her action, i.e. to walk through a usual urban trajectory and sonically contaminate the environment.

Quadrilatero district in Milan is a social housing complex largely inhabited by migrant people today. Stories and biographies are intertwined, especially from North Africa, South East Asia and Eastern Europe. Thanks to the invitation of the artistic collective Landscape Coreography -Maddalena Fragnito and Emanuele Braga- Anna Raimondo took part in the Radical Soundscape project and proposed a narrative and radio workshop to a group of migrant women of the neighborhood. Thus the “turbo radio fictions: migrant women and super-powerful routines” were born. Turbo because they are short, fast, lightning. Radio because it is radio. Fiction because they are all entirely conceived, written and played by the women who took part in the workshop, starting from their experience. In all the three stories a super heroine, a champion of justice and equality, will come on stage and will overturn their routines.

Anna Raimondo proposes a reflection on clandestinity from different points of view, starting from the daily experiences of those who live or lived this condition in the city of Bologna. Who are the Drowned and who are the Saved? Who is a “good life” for? What habits or sounds reactivate the idea of home elsewhere? How to explain the concept of “clandestinity” when this will no longer exist or to whom can’t translate it into their own native language? And after all, what does this word mean in itself and what moral values does it convey? Through a series of meetings, interviews and urban drifts, Raimondo proposes a series of sound portraits in which Carlos, Hamed, Moussa, Zazà, Lamil, Jasmine, Mazen, Naveed invite to reflect on the relationship between invisibility and visibility, on the potential of this relationship in their everyday life; on the link between familiarity and disorientation in public space and on their personal mapping of the city.