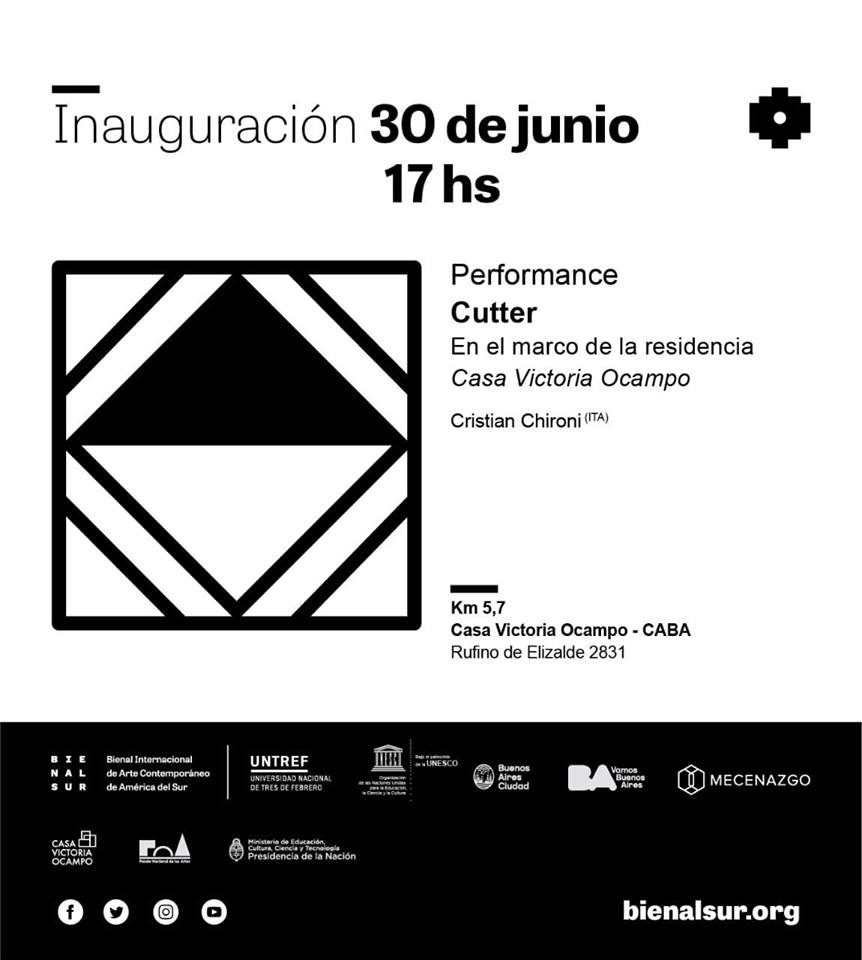 Cristian Chironi intervenes in the rooms of the Victoria Ocampo House with a selection of works carried out during his previous residences in emblematic buildings of the modernist architectural movement around the globe: Casa Wabi by Tadao Ando (Escondido Port), Casa Pierre Jeanneret (Chandigarh), the residences in the constructions of Le Corbusier within the framework of the project My house is a Le Corbusier: Esprit Nouveau (Bologna), Studio-Apartment (Paris), Appartement 50 – Unité d’habitation (Marseille), Casa Curutchet (La Plata), various constructions in Chandigarh and the interventions at the Cité de Refuge and the Pavillon Suisse (Paris).

The artist combines these interventions with the experience of living in the Victoria Ocampo House, where, over the course of a month, he will conceive and carry out new interventions that will be shown in the exhibition hall from 23 July onwards.

Periodically, meetings with the artist, performances, projections, listening to sounds and talks related to architectures conceived as living spaces that promote dynamism and encounter between different cultures and languages will be organised in the house. On 30 June, Chironi will inaugurate this series of encounters with the performance Cutter: using magazines and printed images, the artist removes with a sharp instrument all the images of what is becoming extinct or has already become extinct – both elements of nature and architectural elements – until new relations are generated between the pages that follow one another.

Cristian Chironi studied at the Academy of Fine Arts in Bologna. He lives and works in different parts of the world. He uses different languages, often in dialogue with each other. His site-specific works of a performative and installation nature always seek interaction with the context, be it human (public) or environmental (space).