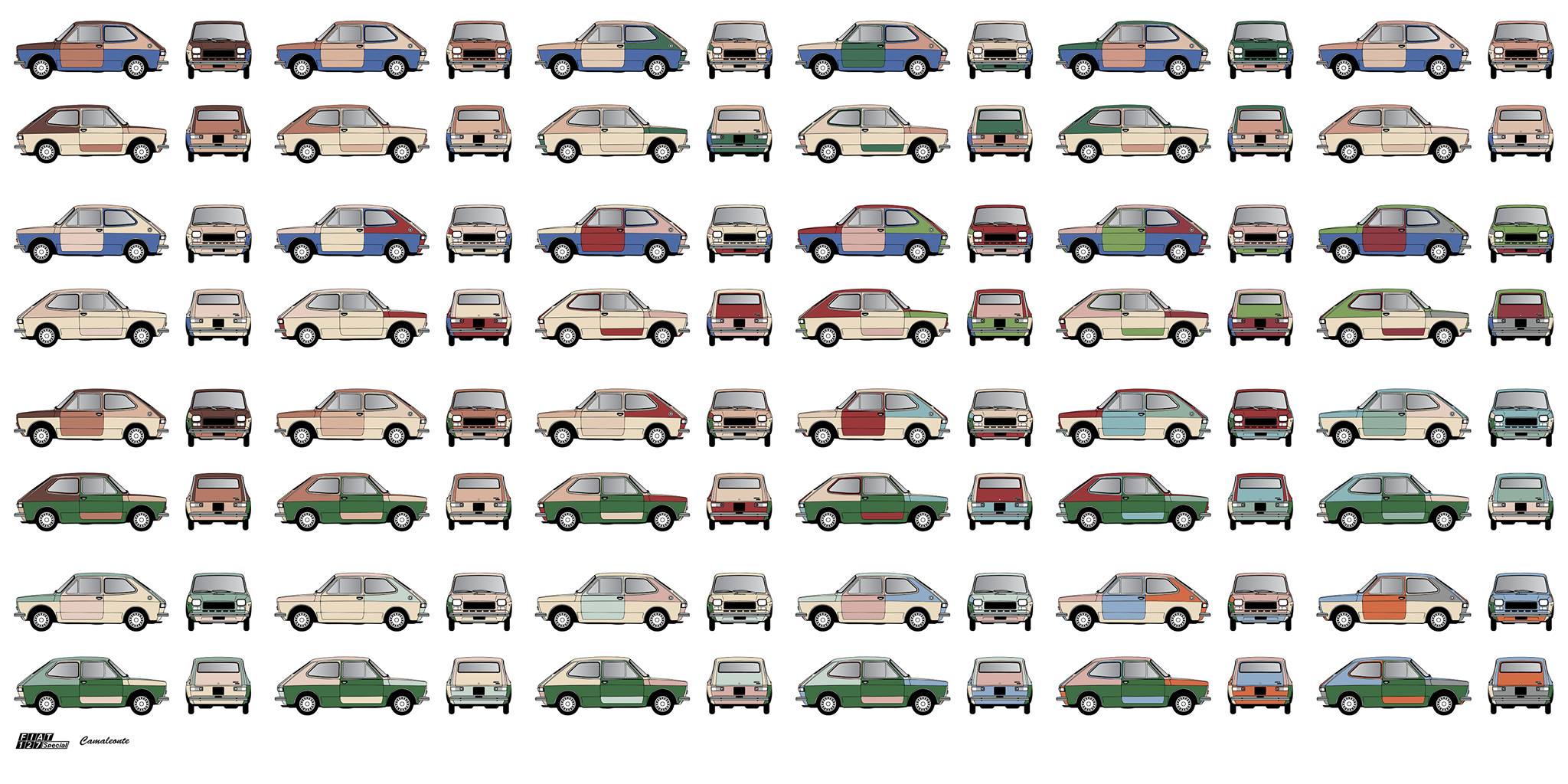 Marsèlleria presents Polychromy, a multidisciplinary project by Cristian
Chironi, built through space, sound and visual dimensions.
On show a Fiat 127 Special, renamed Chameleon because of its ability to
change its body colors depending on the contexts where it is brought.
Inside its passengers compartment are playing audio-documents and sound
compositions from the project My sound is a Le Corbusier, which was born
from the collaboration with Francesco Brasini and different musicians,
among which Radio France choir, Alessandro Bosetti, Massimo Carozzi,
Dominique Vaccaro, Daniela Cattivelli and many others.
These music compositions were recorded inside different Le Corbusier’s
houses all over the world, and the ones on show are the unreleased
pieces coming from the Indian step in Chandigarh, a city in the North of
the country entirely designed by the Swiss architect in 1953. A ‘machine
to live in’, customized following the typical color combinations of the
houses where Chironi lives in the realm of the project My House is a Le
Corbusier.
Beside the car is to be found, all along the wall, an “architectural
keyboard” containing 43 colors associations, which one reproducing an
atmospheric effect, together with the chromatic range of 288 color
matches designed by Le Corbusier – the architectural polychromies
created in 1931 consisting of bright and softer colors, which need to
follow precise mixing rules – that should be combined intuitively and
synchronously, as if they were sounds. The colors are applied to the
different components of the car body, creating a recognizable and
fantastic visual weave. The polychromy is a multifunction instrument,
piano, window, wall, wardrobe, attire, screen, library, practical guide,
garage.
Cristian Chironi lives and works in different world cities. He uses
different languages, often making them interact. He realized sitespecific
performative works, always looking for an engagement with the
context, be it human (audience) or environmental (space).