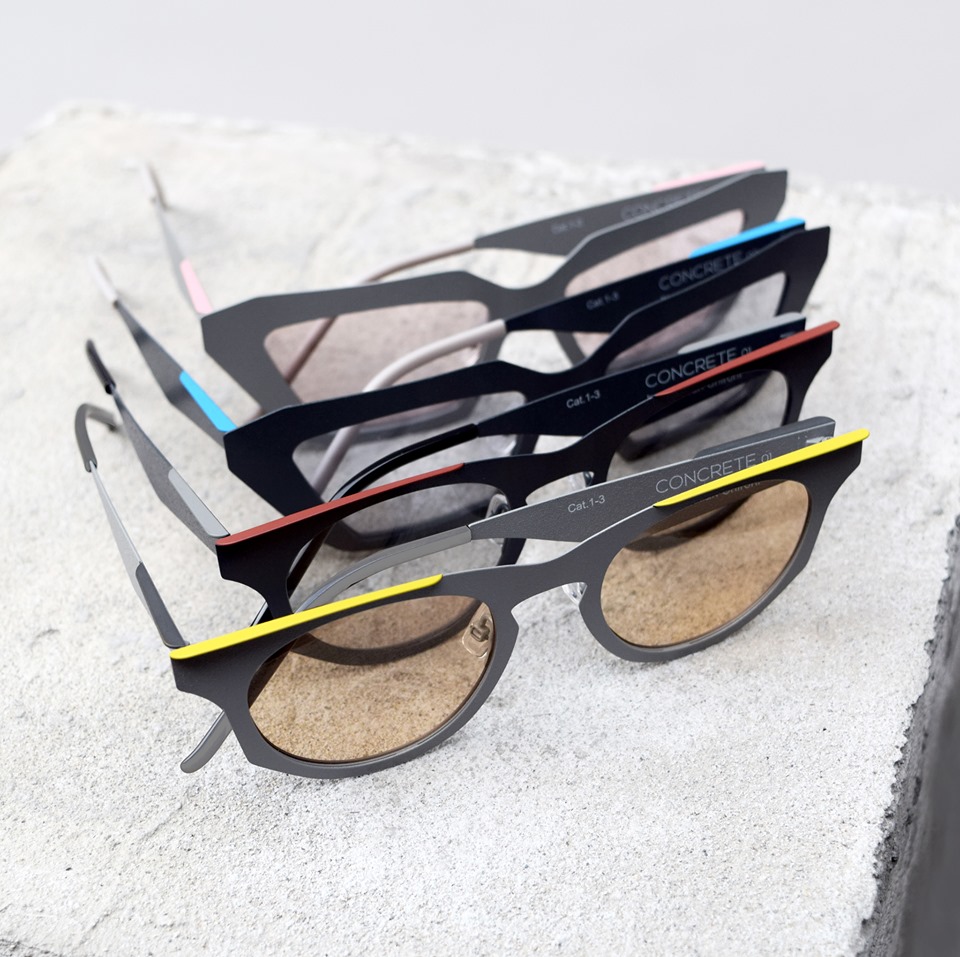 VANNI, the “Made In Italy” eyewear company with a presence in more than 40 countries worldwide and a supporter of emerging art for over a decade, is opening a new dialogue with Artissima by launching CONCRETE: a multidisciplinary project and special capsule collection of eyeglasses designed with the artist Cristian Chironi, curated by Artissima.

CONCRETE is not only a series of eyeglasses, but also an interactive performance in the spaces of the fair and an installation at the VANNI showroom.

The project was conceived from VANNI’s desire to weave together the process of eyewear design and the visionary quality of contemporary art, providing highly specialised know-how and the most innovative techniques of eyeglass crafting.

Colour, composition, aesthetic form, and arrangement, recall the mental impression and lived experiences involved in the creation of this project , constructing a new relationship between design, architecture, installation, performance, the visual dimension, and narration.

The eyeglasses are finished with a special opaque varnish that’s rough to the touch, imitating the texture of cement, and present on the brow beam and on the temples are original “winglets”, or brise-soleil, of foil folded at 90 degree angles. On each of the four models the colour detailing creates unique chromatic triads.

CONCRETE extends beyond the glasses; it is also a performance by the artist at Artissima 2019. Whoever is wearing the glasses in the spaces of the Oval during the fair has the opportunity to be involved in a direct spontaneous interaction with Cristian Chironi, completely improvised by the artist.

At the VANNI eyewear showroom from October 31st to November 23rd (with an opening November 2nd, from 19:00 – 24:00) the artist will realise a project-space designed to present the limited edition collection and to narrate the entire project.

“Art is a universe that VANNI watches with curiosity in order to keep the link with contemporary creativity alive; it is an essential element needed to sustain the limited edition industry that is the soul of our brand. We have invested in art for a decade through the international competition Autofocus, awarding over 40 young artists and supporting them in their artistic journeys, acquiring their most interesting works. Today the moment has arrived to bring art into our eyeglasses, to make it become part of the product and of the design process. Thanks to Artissima, the collaboration with Cristian Chironi has allowed us to realise eyeglasses that carry within them a vision of the world, as well as being themselves instruments of vision. This double reading is for us unprecedented, paving the way for new paths, allowing us to incorporate in the company’s productive dimension the universal breath of the artistic languages”, explains VANNI’s Alessandra Girardi.

The glasses, other than being worn by select guests of the fair, journalists, curators and gallerists, will also be available for purchase at the VANNI Showroom in Piazza Carlo Emanuele II in Turin and at the Bookshop of Librerie Corraini inside the fair.

VANNI is the eyewear brand born in Turin thirty years ago, quickly asserting itself in the world of creative eyewear, or eyewear design, and today ranking among the international protagonists of a sector that is above all design but also fashion.

VANNI’s eyeglasses are 100% Made In Italy, crafted from Italian components and raw materials, produced in Italian factories and exported in more than forty countries worldwide. In unconventionally worked metals, or in acetate from its exclusive batches, the VANNI eyeglasses are made for those who love colour and sophisticated shapes, for those who want to stand out from the crowd.

The sparks of inspiration come from the worlds of design, style, and contemporary art- the which VANNI has supported for a decade through the competition for young artists Autofocus.

The VANNI showroom in Turin, in Piazza Carlo Emanuele II 15, is the home of the brand’s creations, banner of its style, and project-space for art.

Cristian Chironi was born in Nuoro and lives and works in different cities all over the world. He studied at the Academy of Fine Arts of Bologna. He uses many languages, often opening dialogues between them. He has realised site-specific works, both performance pieces and installations, always seeking to create interactions with the context, whether this be human (the audience) or environmental (the space). http://www.cristianchironi.it