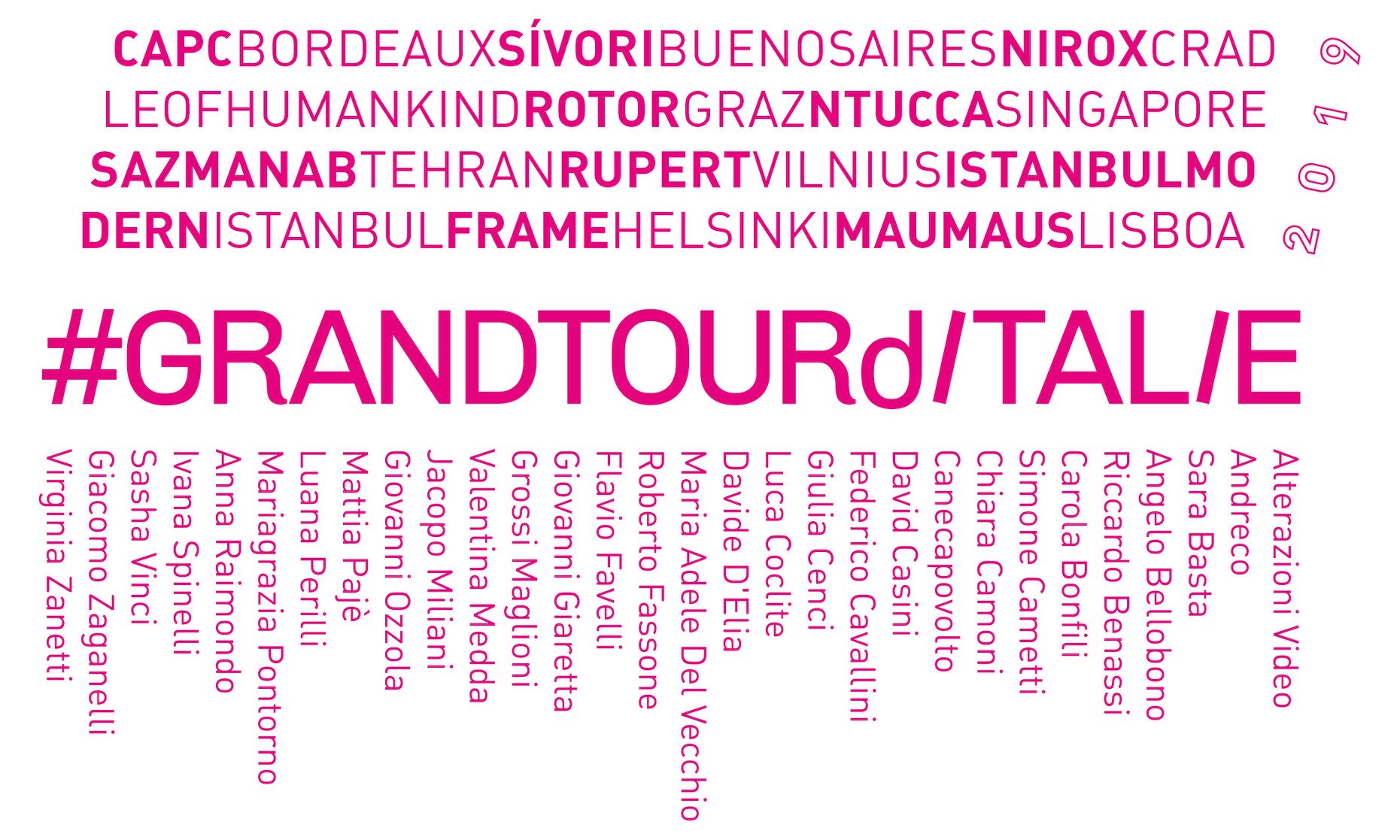 The Directorate-General for Contemporary Creativity and Urban Regeneration of the Italian Ministry of Cultural Heritage and Activities and Tourism and NOS Visual Arts Production, the curatorial branch of the Nosadella.due cultural association, are proud to present the third edition of the Grand Tour d’Italie. Focused on the cities of Bologna and L’Aquila, this year’s edition features even more artists than past editions.

The Grand Tour d’Italie was conceived in 2016 by the then Directorate-General for Contemporary Art and Architecture and Urban Peripheries to establish relations between mid-career Italian artists and directors of international artist-in-residence programmes and contemporary art centres, to reinforce the promotion of Italian art outside of Italy.

From the 12th to 16th November 2019 thirty artists selected from across Italy by NOS curators Elisa Del Prete and Silvia Litardi will descend on Bologna and L’Aquila to present their work to repre- sentatives from ten international institutions identified as leaders in artistic exchanges and the international dialogue they foster.The MAMbo – Museo d’Arte Moderna di Bologna and Accademia di Belle Arti L’Aquila will host a closed-door programme of studio visits and explorations of the Italian art scene that includes face-to-face meetings between each artist and the host institutions.

The city of Bologna has always represented a crossroads of subcultures and distinguished itself as a creative city and a university city adopted by many artists. Four hundred kilometres south, at the very centre of Italy is the city of L’Aquila. Ten years after the earthquake that devastated its historic centre in 2009, the city represents an Italian example of a best practice in urban renaissance, made possible thanks also to artistic interventions. The historic Palazzo Ardinghelli will host the MAXXI – L’Aquila, the branch of the Museo nazionale delle Arti del XXI secolo in the region of Abruzzo.

The selection of the artists – the curators tell us – was guided by the desire to carry out a reconnaissance of the Italian art scene over the past 15 years, a period that includes the Great Recession, the twen- tyfirst century’s global economic crisis. Bound by an era that seeks to define the paradigm shift it is asked to put into place to overcome a no longer sustainable economic/productive model, these artists present an open investigation of the aesthetic relations of our time, by those who have suffered the rise of globalisation from its earliest days, or younger generations born in the midst of this transformation. Beyond any linguistic or thematic barriers, the selected artists confront a present that calls for a new experimentation with both language and process. There is also a necessity to confront no longer the image in and of itself, but the artifice in which it originated, its possibilities, the potentialities of form, of matter, of technology, of relations. They undoubtedly share a certain attentive attitude of curiosity that has supplanted denunciation, observation, spectacularisation, experience and science. The work of these artists infiltrates the interstitial spaces of today’s world not in order to change its premises and conditions, but instead to imagine others.

NOS is the curatorial branch of the Nosadella.due cultural asso- ciation. This unique subject is an atypical graft in the current art system. The group combines the concrete aspects of a producer with the sensitivity of a curator to create new artworks in extraordinary contexts. NOS manages numerous elements that make it possible to create art by caring for human and cultural relations and operative aspects involved in the production of art in specific contexts, from concept to realisation.