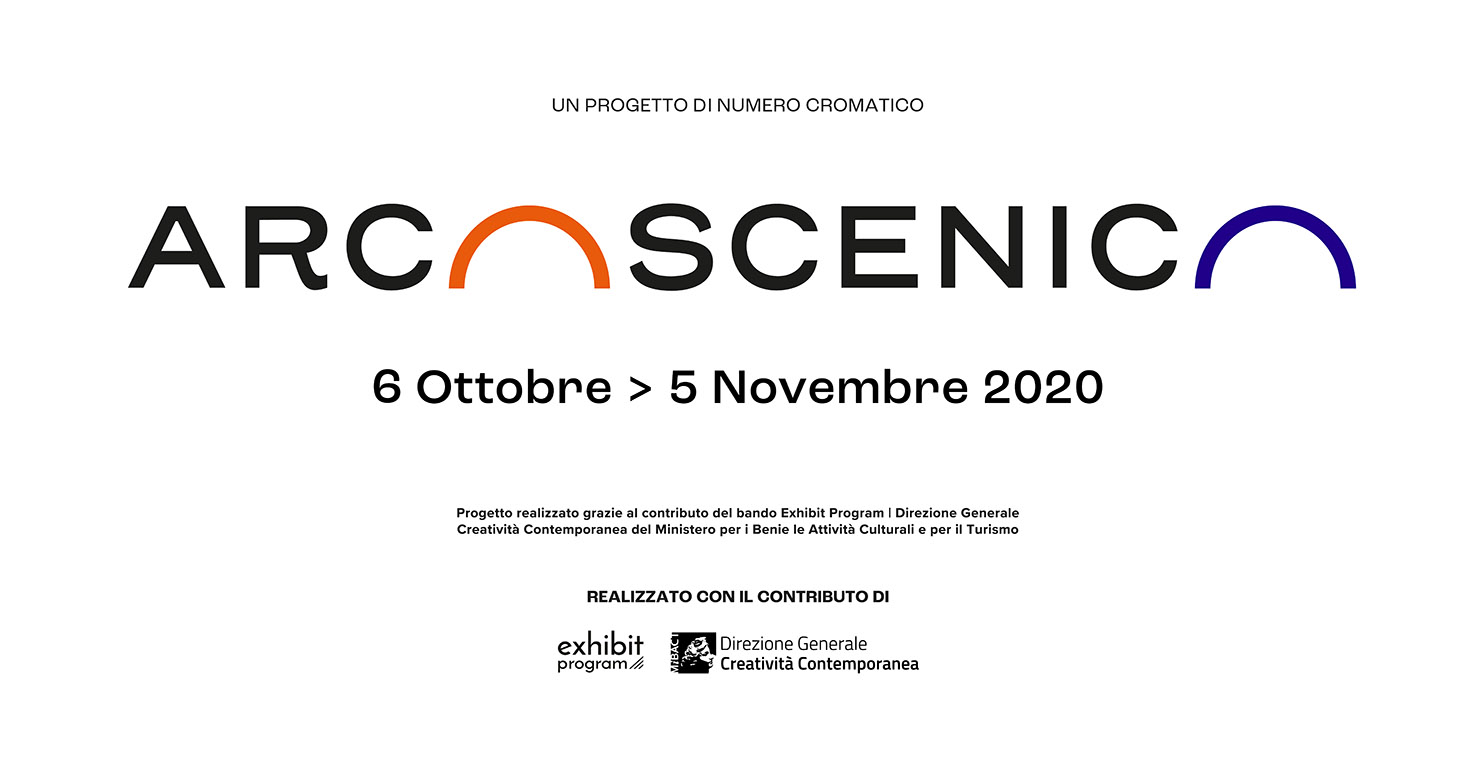 Numero Cromatico presents Arcoscenico, closing exhibition of the first phase of Messinscèna, a two-year project illustrating a section of Rome’s current artistic scenario, with the aim of analysing the artistic research projects of the city. The event also functions as an echo chamber of Rome’s artistic scenario viewed within an international context and as a moment of debate between artists.

The format of Messinscèna consists of a series of one-shot exhibitions. Each event was dedicated to one artist, who was asked to exhibit for five hours an artwork and a written theoretical statement. The chosen artist was asked to install his/ her artwork in an empty exhibition space, which was the same for all the selected artists, and to arrange the way in which he/she wanted the public to interact with the artwork.

During the exhibition, the public was asked to follow the interaction rules set by the artist and not to produce any photographic material. In the course of the pro- ject, only the video-interviews with the artists and the public have been published online, and the artworks have been seen/experienced only by those who attended the events.

In these two years, we produced 10 exhibitions, 10 interviews with the artists and more than 150 interviews to the public.

Arcoscenico is thus the opportunity to view the project as a whole, to see all the artworks that were part of Messinscèna and discover the theoretical approaches of the participating artists.
During the exhibition, there will be a programme of performances and a talk. The exhibition will take place in Numero Cromatico’s studio, at the Pastificio Cer- ere, Rome.

During the opening, we will also present the exhibition catalogue, published in 500 copies, 50 of which are special editions containing unique risograph prints, numbered and signed by the artists.

Arcoscenico is a project curated by Numero Cromatico, a Rome-based research centre made up of artists and researchers that work in that hybrid field in between art and neuroscience. Since its foundation, the group felt the need to create pro- jects and host events and talks with the aim of analysing and discussing the cur- rent system of the arts.

Numero Cromatico is also a publishing house and is editor of Nodes, the only Ital- ian publication on the relationship between art and neuroscience.