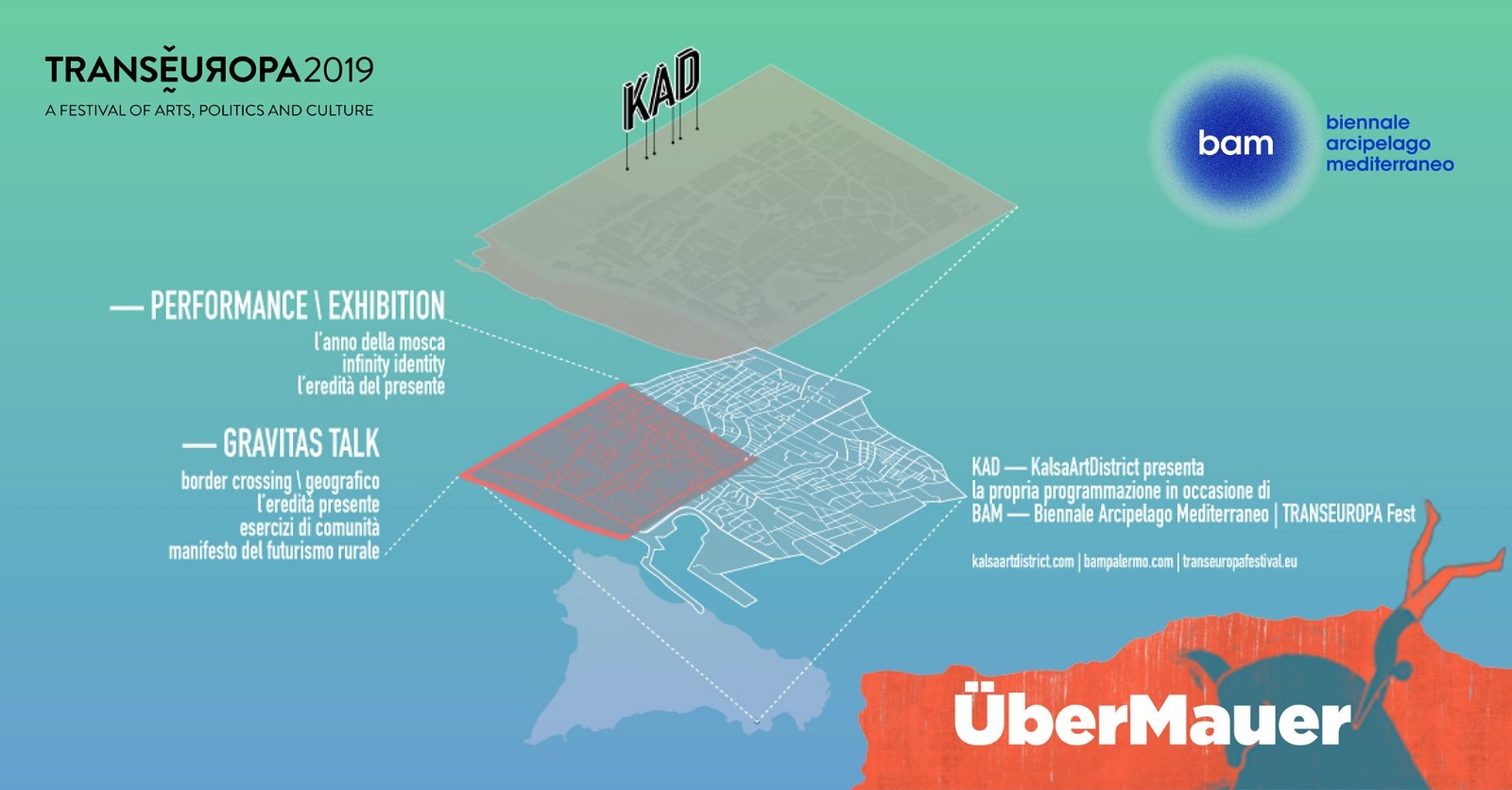 On November 12th at the Teatro Garibaldi in Palermo, at 4.00pm-6.00pm BORDER CROSSING / GEOGRAFICO / TALK 1 # will be held by Dimora Oz and Bridge Art in collaboration with Spazio Flaccovio. The talk is part of Gravitas, a series of exhibitions, talks and performances promoted by KAD for BAM – Biennale dell’Arcipelago Mediterraneo and Transeuropa Festival. The second edition of BAM, entitled “Übermauer“, which will take place in Palermo from 6 November to 8 December 2019, is developed with a core programme curated by the Merz Foundation, European Alternatives and with a BAM – Palermo section with initiatives resulting from the synergy with the cultural institutions of the city.

BORDER CROSSING is a project born from an idea of Bridge Art, Dimora Oz and Casa Sponge, organized and curated by Lori Adragna and Andrea Kantos. Starting from Manifesta 2012, the format elaborates a synergy of independent spaces within an exercise in an enlarged artistic community, where heterogeneous experiences, research and languages meet. The project includes curatorial appointments periodically hosted within the Sicilian territory.

KAD is a network of artists, curators and cultural operators. With a program of promotion, mobility and curating contemporary art, it creates an integrated cultural offer, generates economies of scale, enhancing logistical and organizational aspects, involving and supporting cultural operators and the local and international artistic production and research spaces within of an exchange of assets, research, knowledge and best practices. Thanks to its synergistic action, KAD guarantees visibility to the initiatives promoted through a widespread media campaign.

BAM-Biennale Arcipelago Mediterraneo is an international festival of theater, music and visual arts dedicated to the peoples and cultures of the countries bordering the sea, focused on the themes of reception and dialogue. Palermo thus continues to pursue its ethical and cultural vision as one of the most important social labs in the Mediterranean.

TRANSEUROPA is a transnational artistic, cultural and political festival organized by European Alternatives since 2007. It is the result of a participatory process that is taking place throughout Europe, involving hundreds of activists, politicians, philosophers and artists mobilized to create a truly translocal festival.