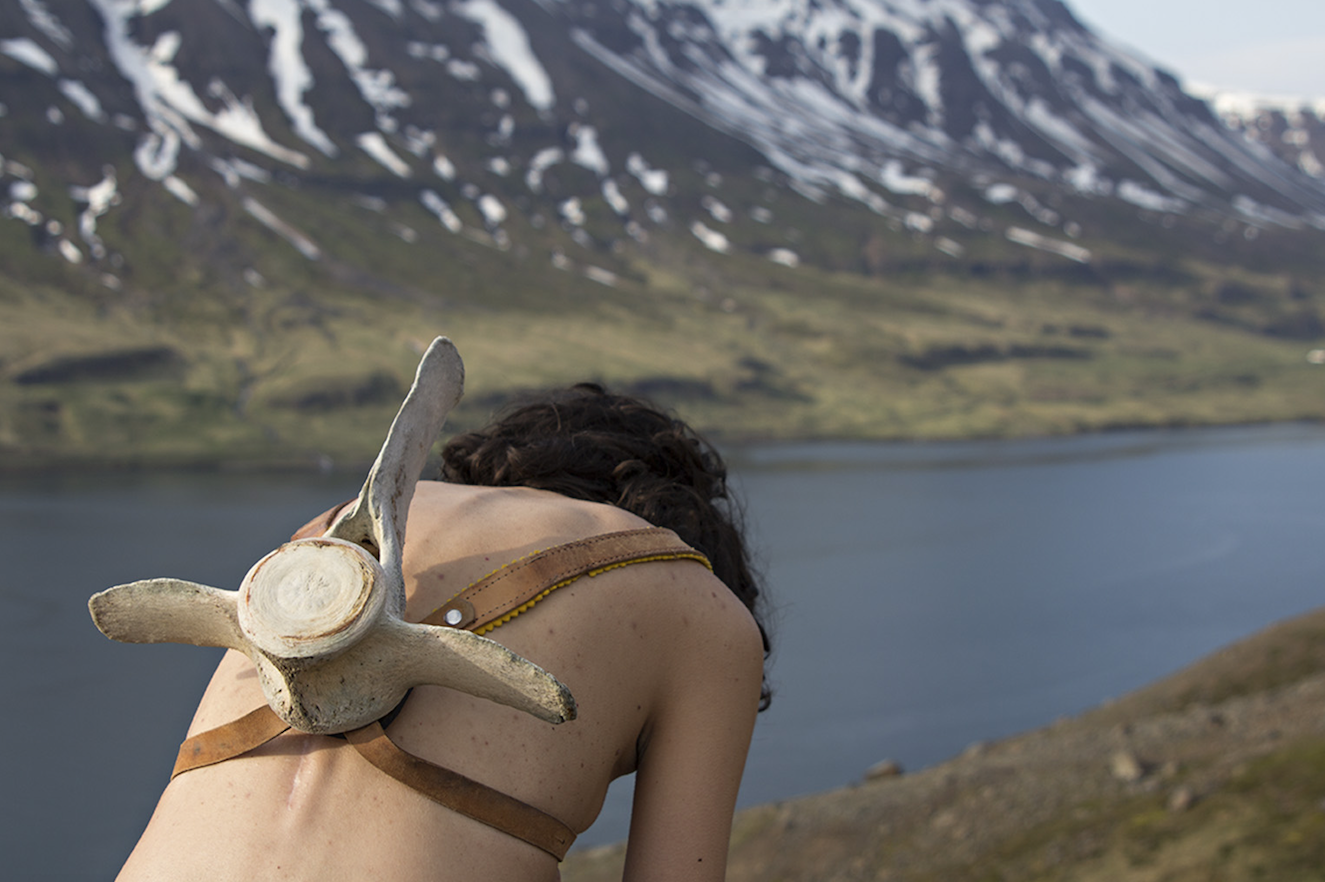 From 6 October 2019 to 19 January 2020, the MA*GA Museum in Gallarate will host the installation by Elena Mazzi, called Becoming with and unbecoming with.

Elena Mazzi’s research was chosen by MA*GA for the 2018 edition of Level 0, a project resulting from the collaboration between ArtVerona and Italian contemporary art museums to give support and visibility to artists and galleries. Elena Mazzi’s poetics investigate the relationship between man and the environment around him, the context in which he lives and with which he confronts himself every day: a type of analysis that is often linked to a look and an approach of an anthropological type, or of direct experience of a specific territory, to analyze an identity that is both personal and collective.

The three works that make up the installation are the result of the research experience conducted by the artist in Iceland and his concentration on three main elements: the exploration of the island, the recovery of vertebrae of cetaceans, the rehabilitation of their bodies in Icelandic swimming pools.

Self portrait with a whale backpack (2018) is an image that stems from the artist’s desire to recover a lost balance between the biorhythm of man and the natural course of the animal and vegetable kingdom.

The rupture of some vertebrae, following a dive into the sea from a cliff, forced Elena Mazzi to a period of sedentariness. To find a harmony between his body and the landscape, the artist decided to move to a fjord, a place where human density is reduced to a minimum and the landscapes are based on an imaginary prehistoric.

During this time, she decided to focus on the vertebrae of cetaceans, a metaphor for species halfway between mammals and fish, which coexists with the oceans and the earth, which communicates with more environments and living beings, and that in Iceland continues to live even post-mortem through the collections of the inhabitants who collect bones on the beach and use them as a decoration of houses and gardens.

The photograph portrays the artist with a bare back, still tried by surgery, while she carries on her shoulders a whale’s vertebra that accompanied her in her knowledge of the island.

In Swimming pools (2018), Elena Mazzi documented, during her residence in Iceland, the existence in every small country of a spa, where she went almost every day for her rehabilitation. While exploring the different pools, she catalogued their shapes and planimetric structures, with unusual, abstract and in some cases almost anthropomorphic forms, and translated them into silk-screen prints that she printed on the pool boards.

Becoming with and unbecoming with (2018 – in progress) is a sculpture that brings together the vertebrae of cetaceans, reproduced in silver, with the solid transparency of glass. The work focuses on the encounter between form and matter: the original vertebrae are reproduced in metal, to recall the prostheses that are inserted in surgical operations to stabilize bone structures. These are compared to glass, a liquid material that, like water, quickly becomes solid, but which, in its hardness, also maintains its fragility.

For the works of the installation Becoming with and unbecoming with il MA*GA thanks the Ex Elettrofonica gallery in Rome.