ELENA MAZZI | I do not desire, I am moved. 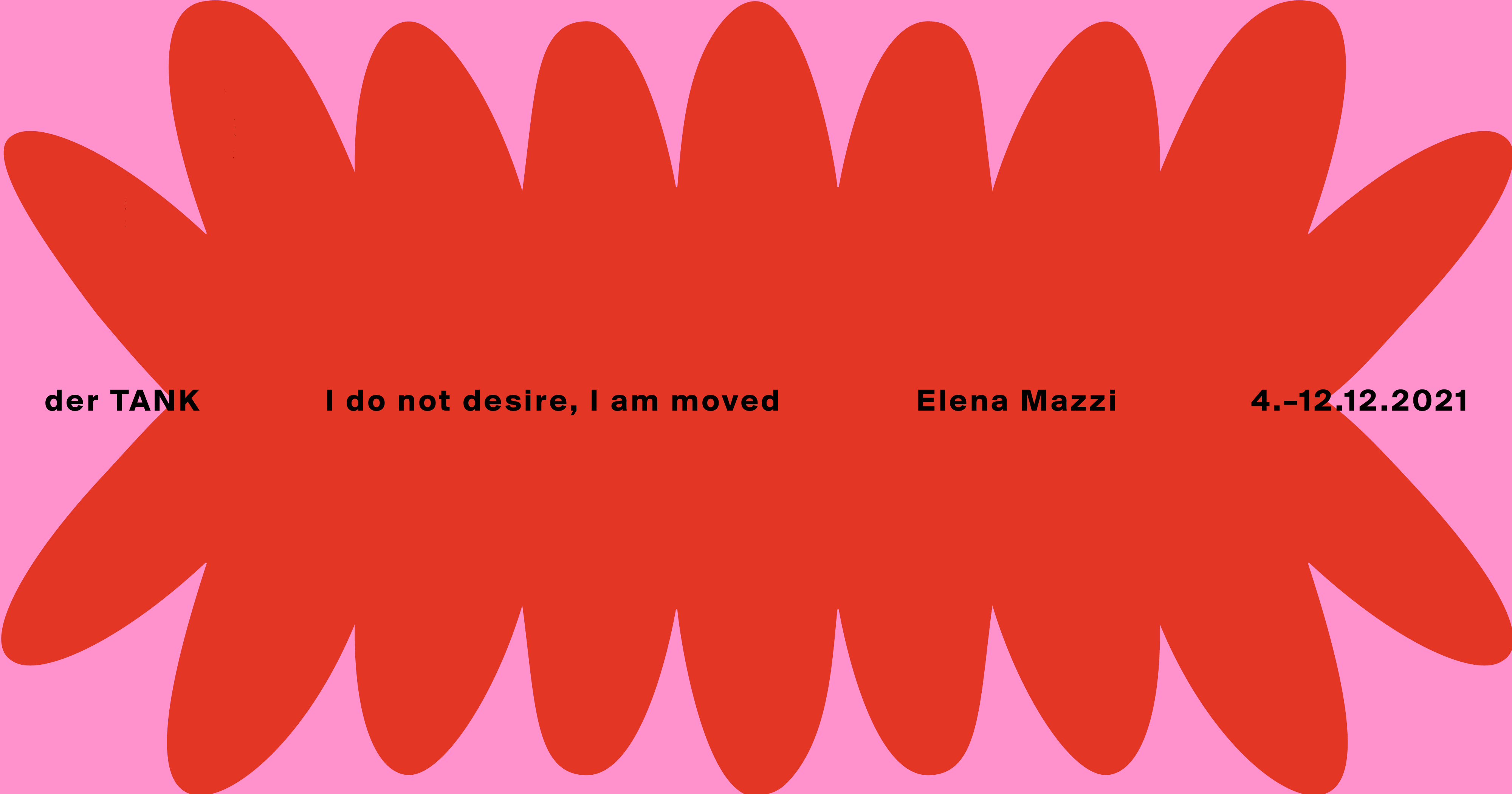 I do not desire, I am moved. The title of Elena Mazzi’s exhibition at der TANK quickly reveals the artist’s ways of being and making in and with the world. Imagine an artist fascinated by every small process and relationship, as well as by the bonds that our current ecological conditions and new understanding of nature have created. A new understanding? Yes. That is, the realization that the division between nature and culture, like the gulf between the human and nonhuman worlds, needs to be overcome. The realization that we humans are not the only ones possessing exceptional traits, qualities, a sense of language, real intelligence… The realization that coexistence is an easy word to say, but we truly don’t have enough pedagogies to exercise this practice properly. We need to feel and experience the other; we need to understand that the distance that separates us is our very inability to establish a balance or, that is, to invent a balance.

Mazzi is more interested in inventing this balance than in any restorative effort. Indeed, we have always talked together as if there was a moment in the past when things were truly different and nature was living with us and we with her and it was a true romance between species. But Elena Mazzi is Italian. As such, invention and fabulation plays a bigger role in her life and work. Afterall, the past, and our cultural relationship with modernity and the Industrial Revolution, often determines how we assess the problem. Minds that are more modern, that belong to the core of industrial capitalisms, may see the balance between nature and humanity right before the whole cataclysm of colonialism and extractivism even began. While those situated in another cultural context, also capitalist but determined by the individual efforts of early entrepreneurship, may see that the only response to inequality and our climate emergency is a conversation on care, with nature, which itself demands invention.

Alright, I will now say what it is that Mazzi does. She uses video to film the testimonial encounters with nature in several circumstances. She is a magnificent photographer that creates images that mesmerize us because we see ourselves in them, somehow. In her videos, we learn about how certain processes and decision-making function, and how individuals respond to their circumstances. Her photographs, on the other hand, open up a sense of adventure in their viewer. They do not portray what the artist sees, only. They introduce other elements that induce the mind to invent a story. Together with her drawings, Mazzi’s image making is like comic making. It combines realistic elements with text bubbles—to quote an obvious example—in order to make us focus on the dialogue. Yes. Mazzi also wants us to focus on the conversational aspect of being inside the social, of engaging with nature, of seeing art. And her objects? They are beautiful. They relate to her way of looking around and falling in love with bees, water, rocks, soil, rain. It is difficult to produce rain inside der TANK or to invite the river Rhine to come and participate in the exhibition. But objects are tokens and transport those entities well, bringing them near, taking them inside the space that we share with art.

I know that some do describe the practice of Elena Mazzi as research-based. Since I myself do not like this term at all—it is too linear, too etymological, too modern, too extractivist—I call her way of working a «generous searching». A searching in which encounters multiply and knowledges accumulate. This is why the artist can reveal so much, because a major part of her practice has been about listening to others carefully. While another integral part of her work has involved inventing visual, haptic, and aesthetic circumstances that would move us, her viewers, her spectators. And, once moved, the world is changed.

This is surely the first solo exhibition of Elena Mazzi in Switzerland, and we are very honored to be hosting it at der TANK, in Basel.