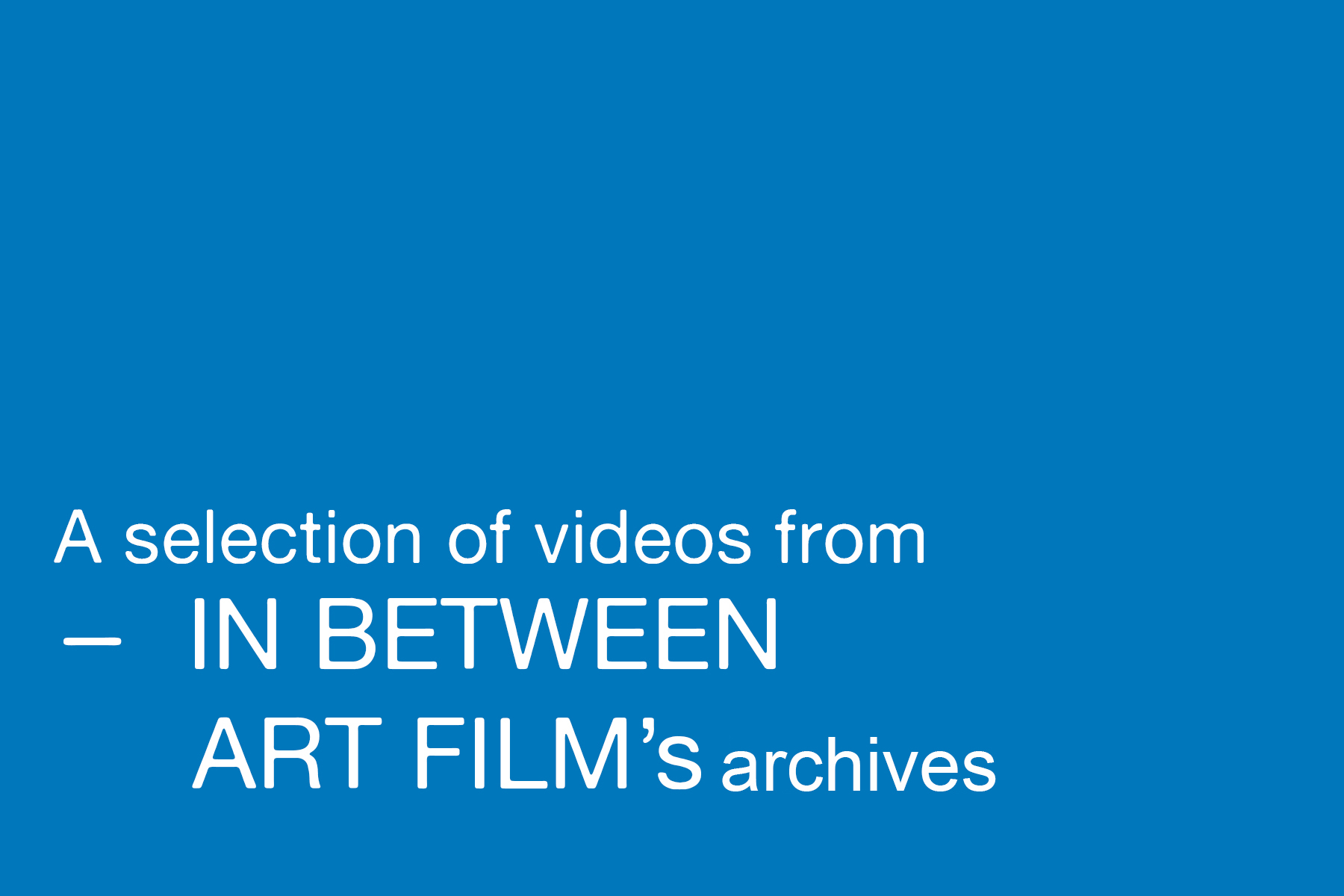 A selection of videos from In Between Art Film’s archive.

A mechanical wind blows, the branches of a tree sway sinuously, its leaves scatter like migratory birds, the now bear plant warns us: it seemed impossible, but winter has already arrived. The use of a violent force has shrunk the seasonal cycle before our very eyes, anticipating the future artificially.

With a certain poetic rawness, Janis Rafa’s video seems to hide the power of a very current admonition behind the ecstasy of the image: the exploitation of nature has caused irreversible consequences. We are facing a serious ecological crisis that threatens to change the natural dynamics that regulate life on Earth. The action of an oversized economy is a symptom of a certain patriarchal dualism –  also echoed in the pairs of images by the Italian duo Masbedo – which is no longer sustainable.

In 1957, the Polish poet Wislawa Szymborska wrote: “time passed like a messenger with urgent news”, and these verses resonate today in all their relevance. With the disruptive force of an unexpected event, the pandemic revealed existing structural problems, confronting us with an urgent imperative: the need to think about symbiotic and more inclusive coexistence systems at a global level.

“Is this what a system collapse looks like? A simulation? A science fiction?”, the eagle that flies over the city in Alyona Larionova’s video seems to ask. These days, it often happens that the paradoxical reality that we are living in the western horizon – that of a hyper-connected and technological humanity that cannot touch – assumes the features of a dystopian film fantasy (or of the best commercial series). And it is exactly when we acquire that seeming distance from what is happening, that we must “stay with the trouble.”

Ultimately, a moment of crisis produces multiple fractures, understood as complex dynamics of separation and rupture between two different physical and temporal states. Like when a volcano erupts – Elena Mazzi and Sara Tirelli explain -, and the explosion creates cracks in the surrounding terrain that make the disruption visible. And it is there, between these fissures, that the possibility of rethinking the future germinates. A call to respond to that “urgent news” of a world in transformation.