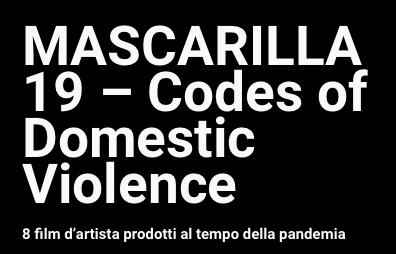 8 artist films tell the story of violence against women and its worsening in the current context of the pandemic and the resulting social containment measures.

Iván Argote, Silvia Giambrone, Eva Giolo, Basir Mahmood, MASBEDO, Elena Mazzi, Adrian Paci and Janis Rafa were invited to discuss the dramatic and very topical issue of violence against women. The new project by In Between Art Film, the film production house founded by Beatrice Bulgari to explore and expand the boundaries between the visual arts, cinema, performance and the languages ​​of the moving image, responds to a double impulse: from a on the other hand, to draw attention to a global emergency – such as that of gender-based violence made even more urgent by the confinement imposed on most of the world in the early months of 2020 – on the other hand to provide stimulus and support to artistic production, in a historical moment like this one, characterized by suspension and uncertainty. Mascarilla 19 is the name of the campaign launched by Spanish Prime Minister Pedro Sanchez, which welcomes the appeal of the UN Secretary General Antonio Gutiérrez, to deal with the enormous increase in requests for help from abused women in the first weeks of the Covid-19 epidemic, when many of them found themselves prisoners of the home. Thus was born an S.O.S. secret, a code word that victims of violence can communicate to the staff of all pharmacies in Spain, thus allowing the activation of an emergency protocol.