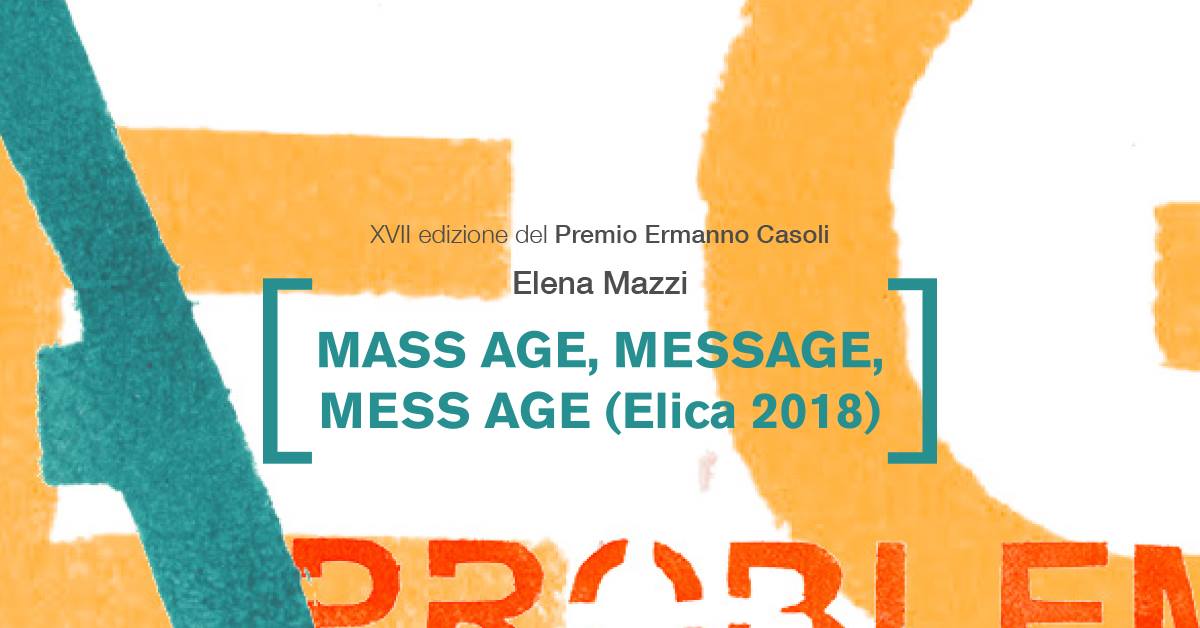 Mass age, message, mess age (Elica 2018) will be inaugurated at  Elica, Fabriano’s office. The work, was realized by the artist Elena Mazzi for the seventeenth edition of the Ermanno Casoli Prize, one of the most important awards in the field of contemporary art in Italy.

During the workshop held in Fabriano last June, the 20 participants, all Elica’s employees, assisted by Diego Agostini (trainer specialized in management training of the Commitment company), were invited by the artist to work on the identification of words taken from the managerial language of daily use. The aim was to create a glossary to be used for a specially modified version of the wireless phone game, giving a practical example of the conditions of interruption and distraction in which a message may incur when it has to pass from the sender to the recipient. The participants created devices to facilitate or interfere with verbal communication, using the creative yet functional assembly of objects constructed from the materials that characterize Elica’s production.

Objects and words have been merged into an environmental installation entitled Mass age, message, mess age (Elica 2018): a sculpture composed of two elements cast in aluminum, a synthesis of the ten communication devices produced during the training activity and a mural which reports the selected words and “played” during the performance of the wireless phone.