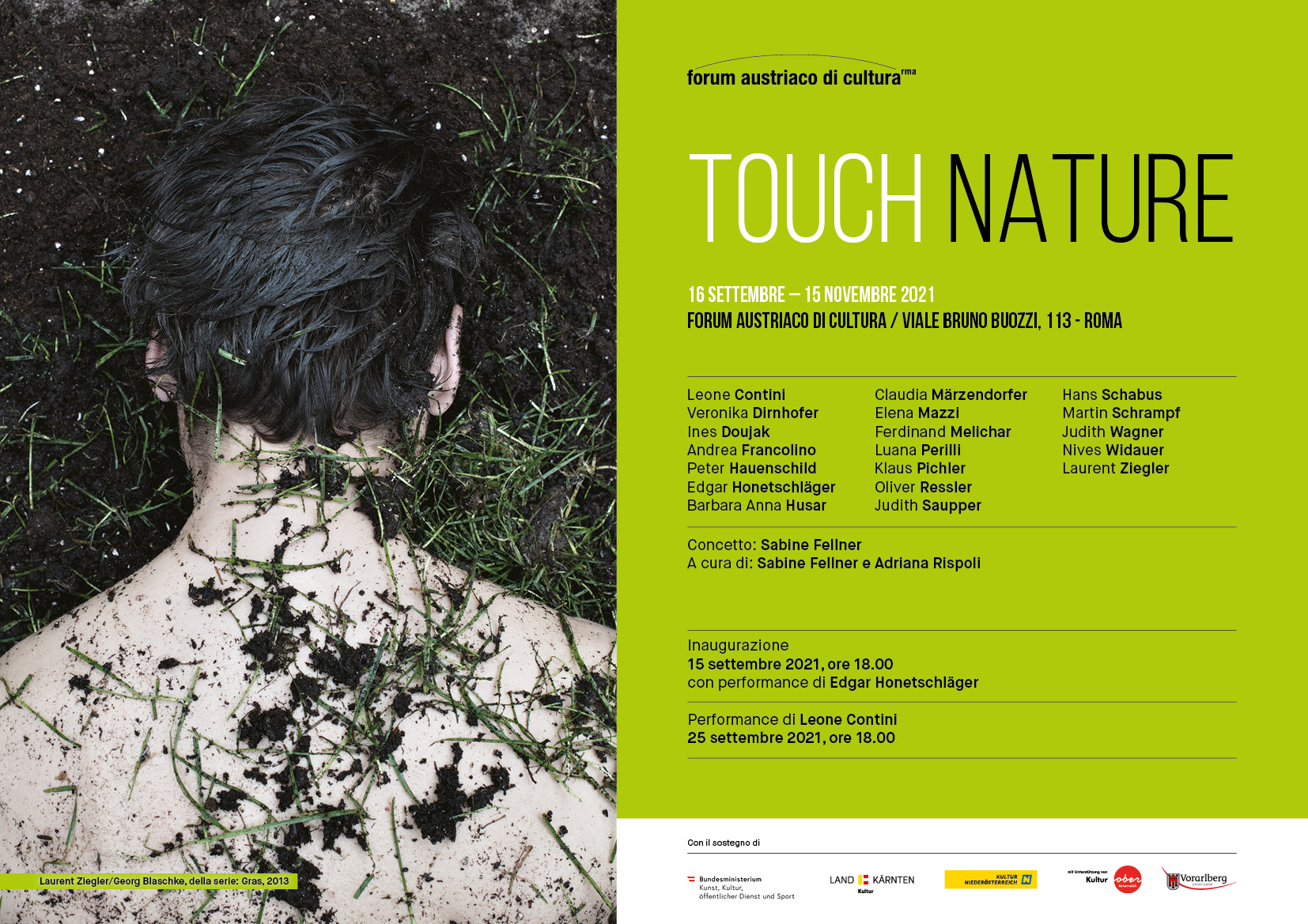 The multimedia exhibition “Touch Nature” presents the works of Austrian and Italian artists of recent years. They formulate resistance actions and elaborate strategies that encourage a radical change of perspective, as well as hopeful visions for a reconnection of man to nature.

With performance by Edgar Honetschläger.

The uncontrolled exploitation and commodification of the resources of our planet and the extensive intervention in the processes of the earth, the destruction of habitats and the progressive loss of uncontaminated nature. For some time in their works the artists * have focused on the interrelation between living beings and their habitat and visualize the fundamental and irrevocable changes, the terrifying consequences of the anthropocene, of an era in which man has become the determining factor.

What strategies to develop art in the face of destruction, but also in response to the threat to a nature, which questions human existence? What are the models devised by the artists * for a necessary new conscious relationship between man and the planet?