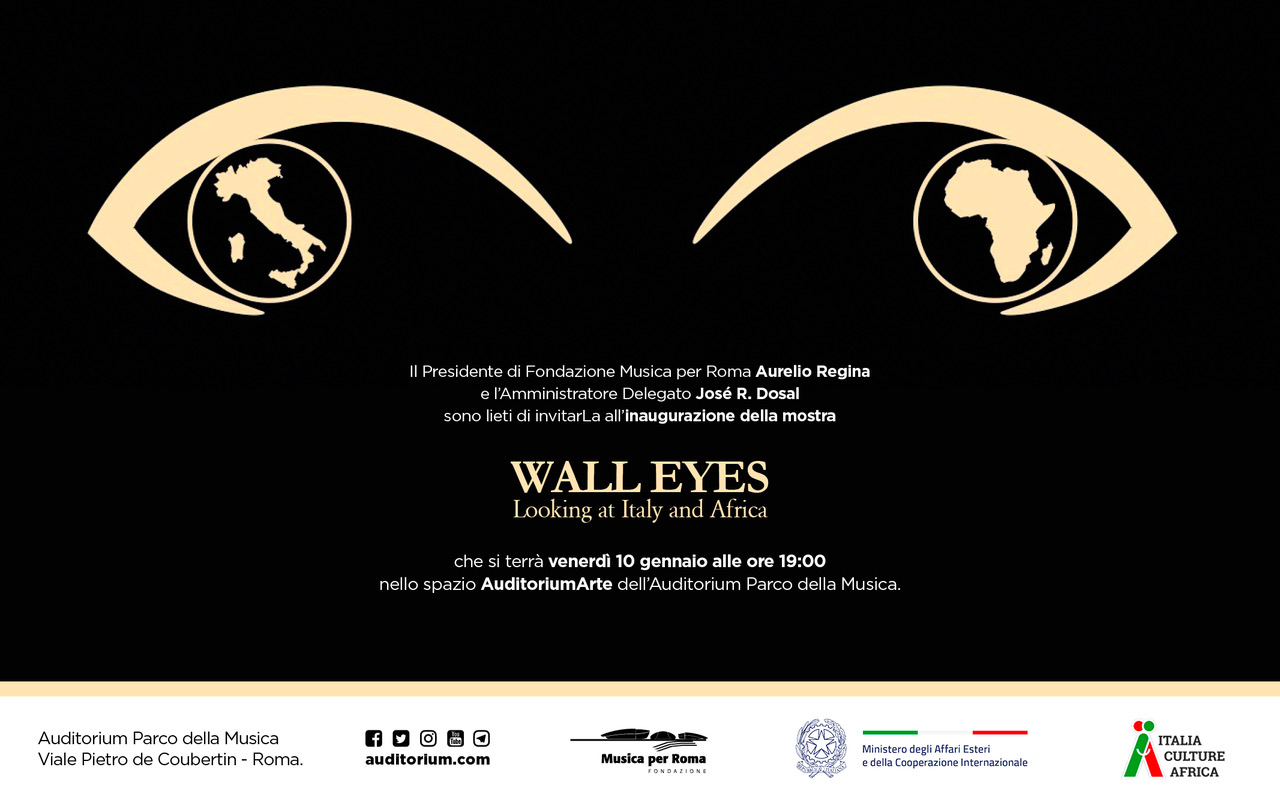 After the two exhibitions in South Africa, the first in Johannesburg and the second in Cape Town, now the wandering exposition comes to Rome under the title of Wall Eyes. Looking at Italy and Africa.

Curated by Ilaria Bernardi, it has been presented from the Italian Institute of Culture of Pretoria as part of a program that involves not only Italy and Africa but also the Ministero degli Affari Esteri e della Cooperazione Internazionale.

The aim of the project in to underline the common ground that exist between Italy and Africa, a background that still artistically inspires many of us. Wall Eyes is here presenting the pieces of work of ten different Italian artists, some of which have been created during or after a stay in Africa and therefore inspired from that country. Some others instead are more focused on specific socio-cultural aspects of Italy that resound in the African current events.

In both the two exposition that took place in South Africa. these works, next to the ones of some African artists as Lhola Amira, Jessica Webster, Neill Wright (Johannesburg), Jared Ginsburg, Rodan Kane Hart, Bronwyn Katz (Cape Town), have built a bridge between the two different cultures here presented.

After interacting with the African artists research above mentioned, the ten pieces of art of the Italian artists are now coming back in order to testify their experience.