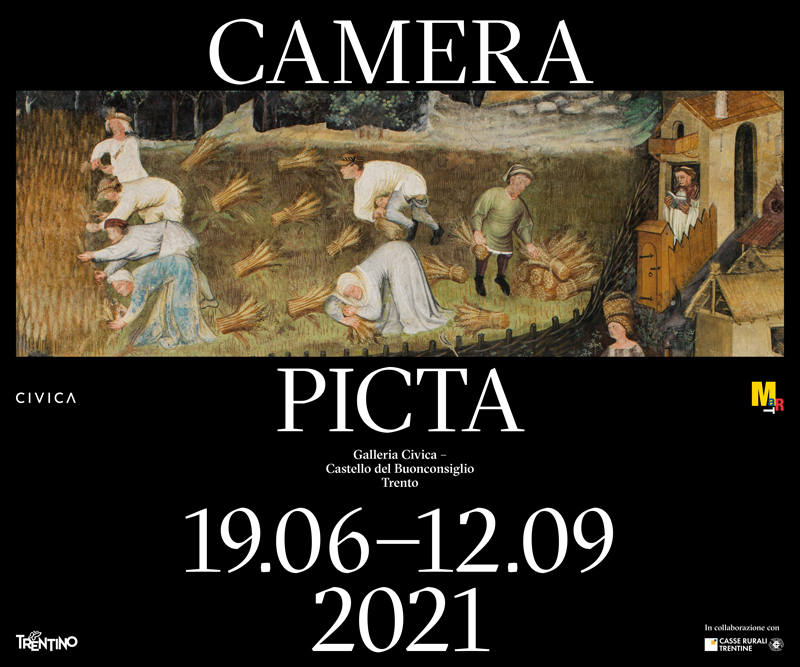 In its Trento exhibition spaces Mart has organised an exhibition which reworks the ancient camera picta concept, an environment with 360° decorations capable of modifying our perceptions of the architecture within it.
This tradition, represented by Andrea Mantegna’s famous frescoes in Mantua’s Palazzo Ducale, has inspired the work of eight contemporary artists invited to create special ‘Camere Picte’ by means of traditional media (painting and sculpture) and contemporary techniques (installations, light, sound): Francesco Arena, Stefano Arienti, Benni Bosetto, Andrea Mastrovito, Fabrizio Perghem, Alessandro Piangiamore, Federico Pietrella and Esther Stocker.
The reference model is Torre Aquila’s “Cycle of the Months”, one of the masterpieces in Castello del Buonconsiglio in Trento, frescoed between the end of the fourteenth and the beginning of the fifteenth century by Master Venceslao in International Gothic style. And right here in the castle’s rooms work by Francesco De Grandi, a month of March version, completes the exhibition with a cross-era dialogue which fills in a gap in the cycle ideally.