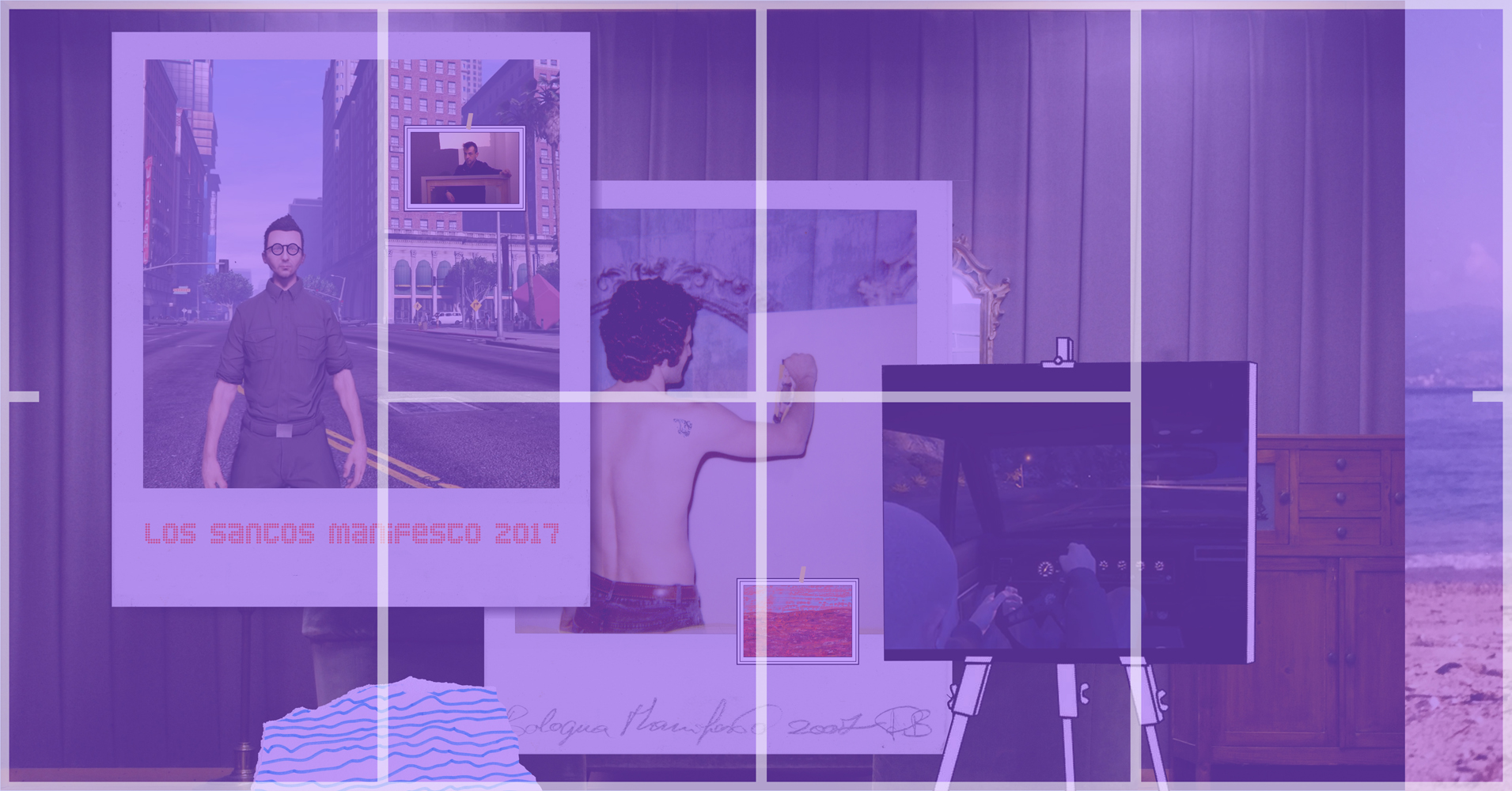 “Manifesto” is a project started began in 2005 by the painter Flavio de Marco and the theater director Pietro Babina, who dialogue through a digital image that they modify over time. The process, which is still ongoing, was documented in 2009 and 2014 in two art books, each showing a different step of the picture’s transformation as the evolution of the artists’ dialogue. The publications were accompanied with a site-specific show at Boldini Museum in Ferrara and an artist talk at Palais de Tokyo in Paris.

The book, realized collecting in A4 format the real size of the picture (588x326cm), is an „object“ published just in three copies that can’t be bought, but only donated to a public library. The first book, delivered to the Biblioteca Ariostea in Ferrara, was produced by the Art Fall Festival and the second one, delivered to the Biblioteque Kandindinsky in Centre George Pompidou, was produced by Eternal Flame and Thomas Hirschhorn.

The current third artist book – Berlin 2017 – was first presented at the Festival for Contemporary Art IN/SU/LA on the island of Ventotene in Italy, where it was accompanied by a site-specific installation. It is now given to the Kunstbibliothek in Berlin.

The conversation will be held in Italian and German.