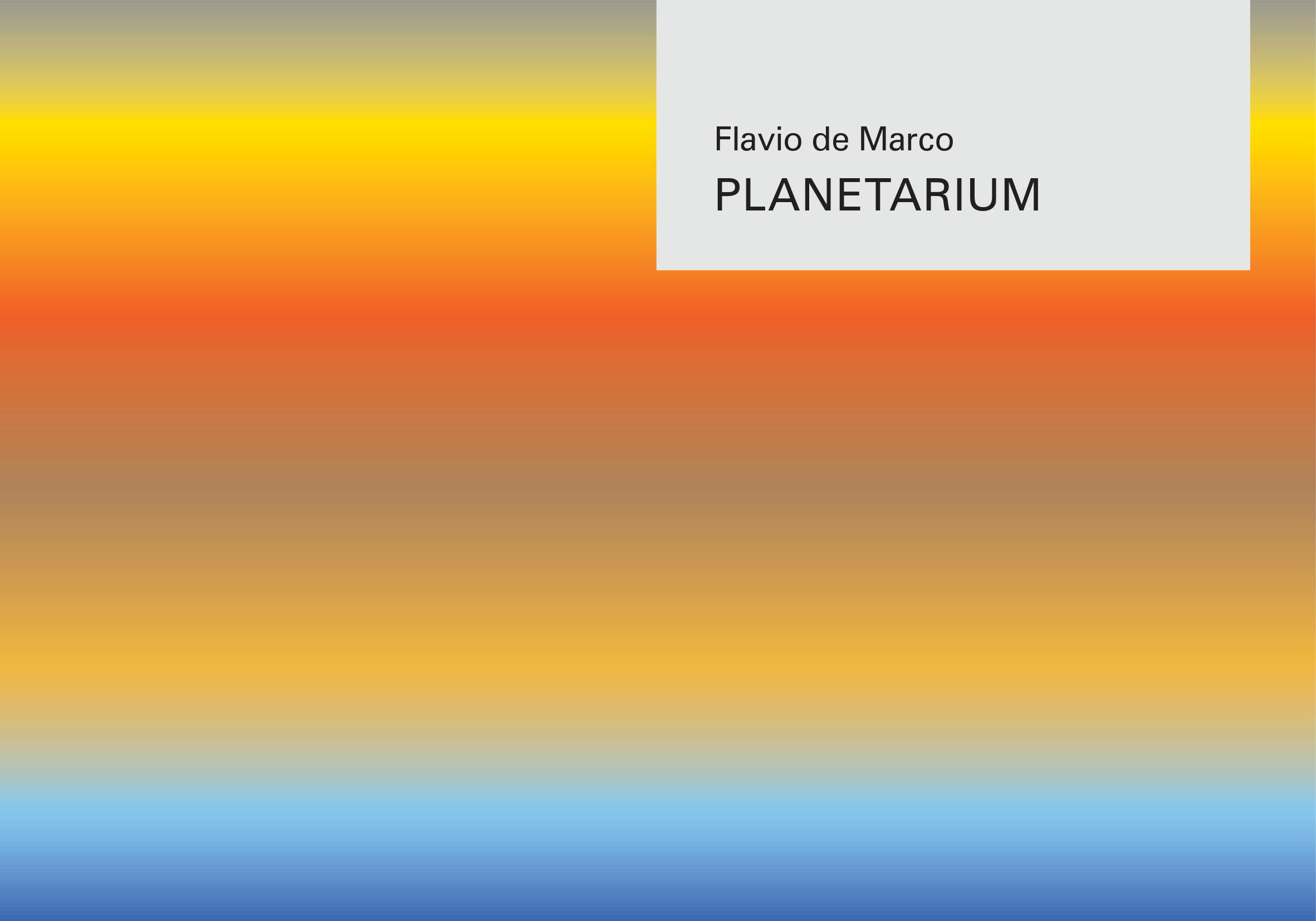 M77 Gallery is pleased to present an exclusive preview of “Planetarium”, the new project by artist Flavio de Marco (b. Lecce, 1975) on Monday 27 March. De Marco, who has always had a special sensitivity to the theme of the depiction of space, presents a new exploration of the pictorial language, starting from extraterrestrial landscapes, and reaching a version of reality in which figurative painting is combined with abstract elements. The project is developed starting from the chromatic values related to the seven planets in the solar system (excluding Earth, the subject of the previous project “Stella”): and so the project focuses on Mercury, Venus, Mars, Jupiter, Saturn, Uranus and Neptune.

In “Planetarium.” Flavio de Marco moves into the unexplored extraterrestrial dimension, and then returns to the mysteries of the domestic dimension. The planets represent the starting point for a journey that brings the artist from sidereal space to his own everyday life, juxtaposing alien landscapes with monochrome still lifes from his studio, moving on to the exploration of his body and that of others, with a series of portraits created by means of the reinterpretation of famous self-portraits by artists of the past, from Titian to Malevich.

The exhibition layout takes visitors through the two floors of the gallery, in an itinerary in which the planets are lined up, one after another, on every wall, just as they are in their orbits. On the ground floor the spectator can travel to Mercury, Venus, Mars and Jupiter, in more abstract compositions, while on the upper floor, Saturn, Uranus and Neptune are featured in a rediscovered figurative style. The entire exhibition is an iconographical counterpoint, with different techniques, materials and formats reflecting the various phases of the artist’s quest.

“Planetarium” is an intense sequence of paintings, providing an indication of how the artist’s approach has developed, and including signs of the various transformations that Marco underwent during the creation of his works. The exhibition includes the results of a project that the artist began in 2014, after his experience with the “Stella” exhibition at the GNAM gallery in Rome, which explored the depiction of the earth’s landscape through the representation of an imaginary island. In comparison to “Stella”, the artist has eliminated the need for a tangible model on which to base his work, and he creates a new series of works developed principally in his imagination.

Flavio de Marco’s art explores the perception of the world, identifying the computer screen as the medium through which people come into contact with reality, the horizon in which he conducts his investigations into the dimension of human space. The screen, with all icons and texts removed, thus becomes a landscape, both frame and subject for his works, in which the computer’s virtual space becomes a physical, tangible surface.

The exhibition “Planetarium” presented at the M77 Gallery will be accompanied by a catalogue with essays by Michele Bonuomo and Jonny Costantino, and it will be open to the public from Tuesday 28 March until Saturday 27 May 2017.