From the Shores of Tripoli to the Hills of Moctezuma 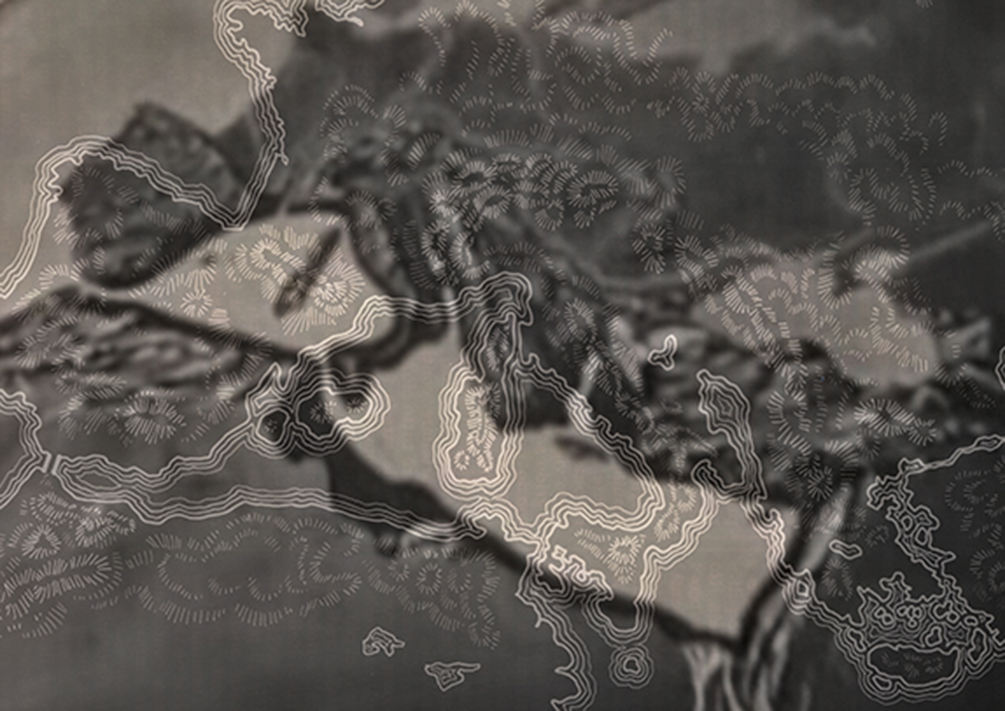 Ex Elettrofonica is glad to present From the Shores of Tripoli to the Hills of Moctezuma, a project designed and implemented by A4C, a collective founded by the collaboration of Rosa Jijon and Francesco Martone.
The event, that will happen throughout the whole day of Thursday, February 25th, with its opening at 7.00 pm will be hosted in a non-conventional location, notably in the car parking place by the gallery, that will be readapted for the purpose.

The installation intends to generate a debate on the role of the Mediterranean region, by reclaiming its historical memory as a key to imagine its future.
The project From the Shores of Tripoli to the Hills of Moctezuma takes its inspiration from the science-fiction novel ‘Il prosciugamento del Mediterraneo’ written in 1932, in which the authors, Motta and Ciancimino, imagined the draining of the Mediterrean sea, whereas the lowering the sea level would have brought the shores of Northern Africa and Sicily closer. Such a fantastic vision portrayed by the two Italian writers in fact was at the center of a project, Atlantropia, presented a few years earlier by a German architect, Hermann Sorgel, that imagined the possibility of gaining wide plains from the sea, with the purpose of creating a new common space between Europe and Africa and enabling the colonization of the latter. This scenario, would have paradoxically made it possible for people to walk along the routes that are nowadays followed by boat.

By means of a rich archival research work, A4C unveils the facets of History, bringing its paradoxes to the surface. The display of copies of original documents brings an unexpected past to the audience’s attention: the existence of a Mediterranean passport, issued by the United States and the United Kingdom crown between the 17 and 19th centuries after negotiations with Moslim pirates, to protect their mechant vessels, goods and crews from their attacks. Rethinking the idea of a Mediterranean Passport today to enable the free circulation of people is significant in a context of free circulation limited to goods.

The artistic project, supported by political commitment, becomes a visual archive that offers opportunities to imagine and think about the creation and evolution of a sense of commonality in the Mediterranean region today.

A4C_Arts for the commons, is a collective project of Rosa Jijon and Francesco Martone, and aims at linking up arts and political activism on topics such as human mobility, the commons, landscapes and borders, diversity, environmental justice and the right to the city.