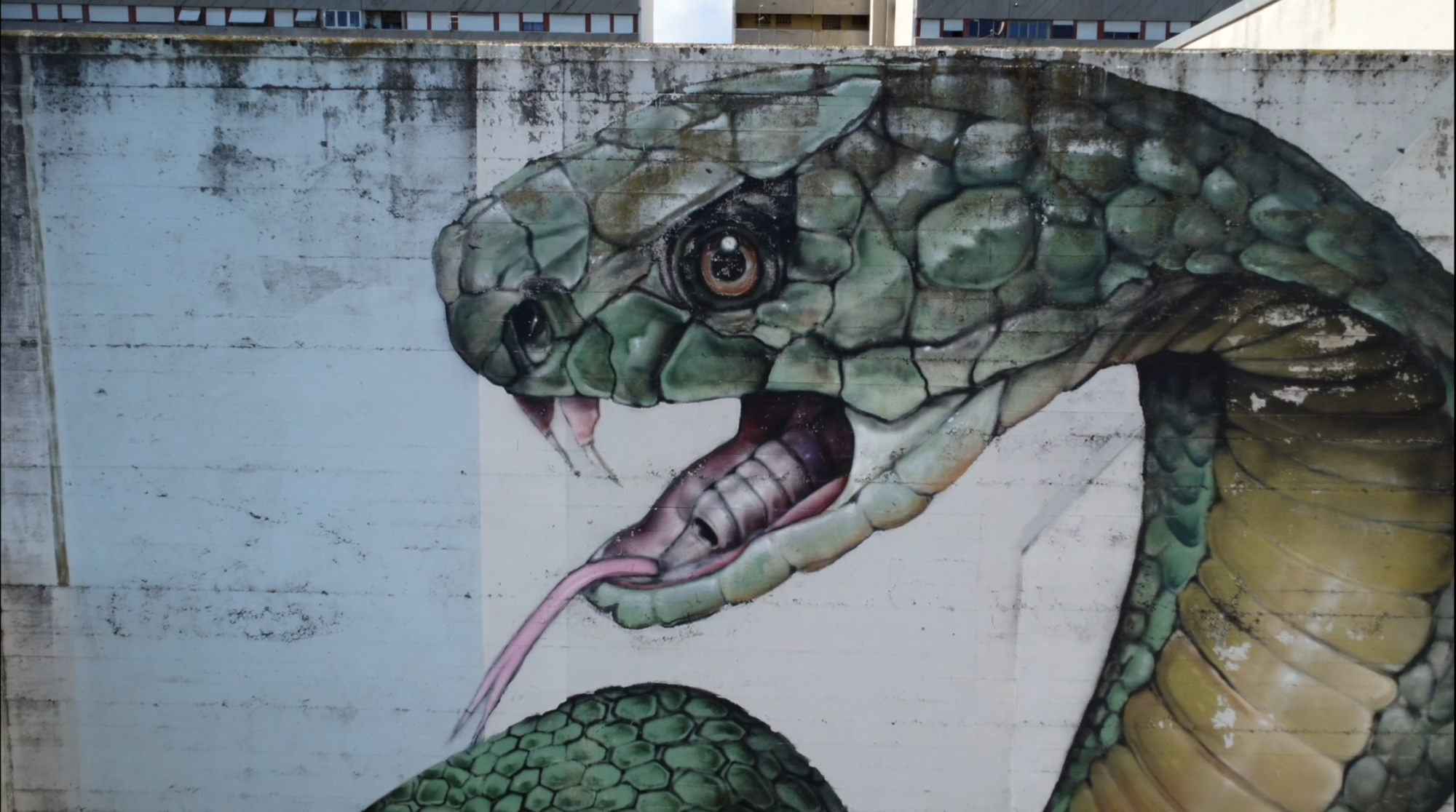 Wednesday, May 18th 2022, from 6:00 pm, AlbumArte, Center for independent artistic production will open the solo exhibition Pachamama Concrete by the Roman artist Guendalina Salini. Theexhibition, curated by Benedetta Carpi De Resmini and realized with Latitudo Art Projects, will be open until June 24th , 2022, with extraordinary opening on Saturday, May 21 (3:00 pm – 7:00 pm)for the X edition of OPEN HOUSE ROME.The title Pachamama Concrete is a play on words, a metaphor for a place. The word Pachamama, which in archaic Incan culture means Mother Earth, is intended to emphasize the link with theoriginal principle of creation, generous Goddess of fertility and agriculture, nourishing mother who gives life. The ancient goddess, Ceres, dear to the ancient Romans, symbol of fertility and regeneration is the pivotal element of this project, which originated in Corviale, a suburb of Rome, not far from the temple dedicated to her by the Arvali friars. Concrete, on the other hand, alludes tothe residential complex, almost one kilometer long, built at the end of the 1970s by the architect Mario Fiorentino, that over the years has become a symbol of the failure of housing policies.Concrete is therefore the cement with which the building was constructed, but it also alludes to the concreteness and resilience of the women who live there.The project was born during a residency realized by the artist, within the European platform Magic Carpets, which started a long research in the western suburbs of the city.Guendalina has listened to these places trying to go beyond the stereotyped image of the modern suburbs, but returning to a circular and mutual conception of time and space. The artist through the works on display wants to bring out the life of the so–called “Serpentone”. The exhibition is built around the voices of some of the inhabitants who have composed the track of the sound walk thatphysically goes through different points of the building. The audio, which can be listened to in the rooms and easily downloaded through a QRcode, becomes the fil rouge that runs under track alongthe exhibition route, without ever interfering with it but linking every single work, revealing its deep meaning and reconstructing that natural link with the place. Guendalina through sound installations,videos and drawings, leads us to question ourselves about our political, cultural and moral reality, exploring its limits.All the works in the exhibition highlight a double contrasting aspect that refers to both the fragility and the strength of a place like Corviale. Agile and surprising, infesting and mixing, untamed and nomadic, primitive and wild are some of the adjectives that the artist associates to the large drawings made in pen during the residency. In addition, an evocative video of the immanence and transcendence of the place will be presented, with original music by Federico Pascucci and performances by Giulia Anita Bari, Carla González, Ambra Chiara Michelangeli, Federico Pascucci, Marco Zenini.All the works that the artist has created, some of them on the occasion of this exhibition, start precisely from the principle of circularity and sharing associated with the figure of Pachamama, transforming the much–discussed “Serpentone” into that sacred snake often associated with the Goddess in that it is capable of changing its skin and regenerating itself cyclically.

Guendalina Salini lives and works in Rome. In her work the artist investigates human action in its everyday life, individual and collective identity. She works with heterogeneous simple, fragile, ephemeral, natural materials, always projecting her gaze beyond appearances. She dwells on the non–protagonists of the story, investigating the point from which the narrative begins, in search of possible new values through installations, videos and performances. She has to his credit several national and international exhibitions. After her studies in London, where she conferred a Master in Fine Art at Middlesex University, she began to exhibit with art galleries and non–profit spaces. Back in Italy, she collaborates with several curators exhibiting in private galleries (Ex Elettrofonica, ST, Francesca Antonini), foundations (Fondazione Fendi, Fondazione Baruchello, Auditorium–Fondazione Musica per Roma), film festivals (Locarno, Rome), Museums (Macro, MAXXI, Italian Geographic Institute), theaters and art fairs (Milan, Turin, Lecce, Paris, London, Istanbul, Buenos Aires), collaborates with the project of the House of Paesology and Aliano Festival designed by writer and poetFranco Arminio. Her research uses different means of expression, from installation to video, collage, drawing, photography, performance. She led several educational workshops and participatory projects collaborating with associations such as Oikos sostenibile, MAAM– Museo dell’altro e dell’altrove, Eccome Fondazione per il Sud, Teatro Valle and Nuovo Cinema Palazzo and organizing several exhibitions and events from below with other artists and performers. In 2017 she founded together with Giulia Anita Bari the association La Frangia with the aim of uniting art and human rights.