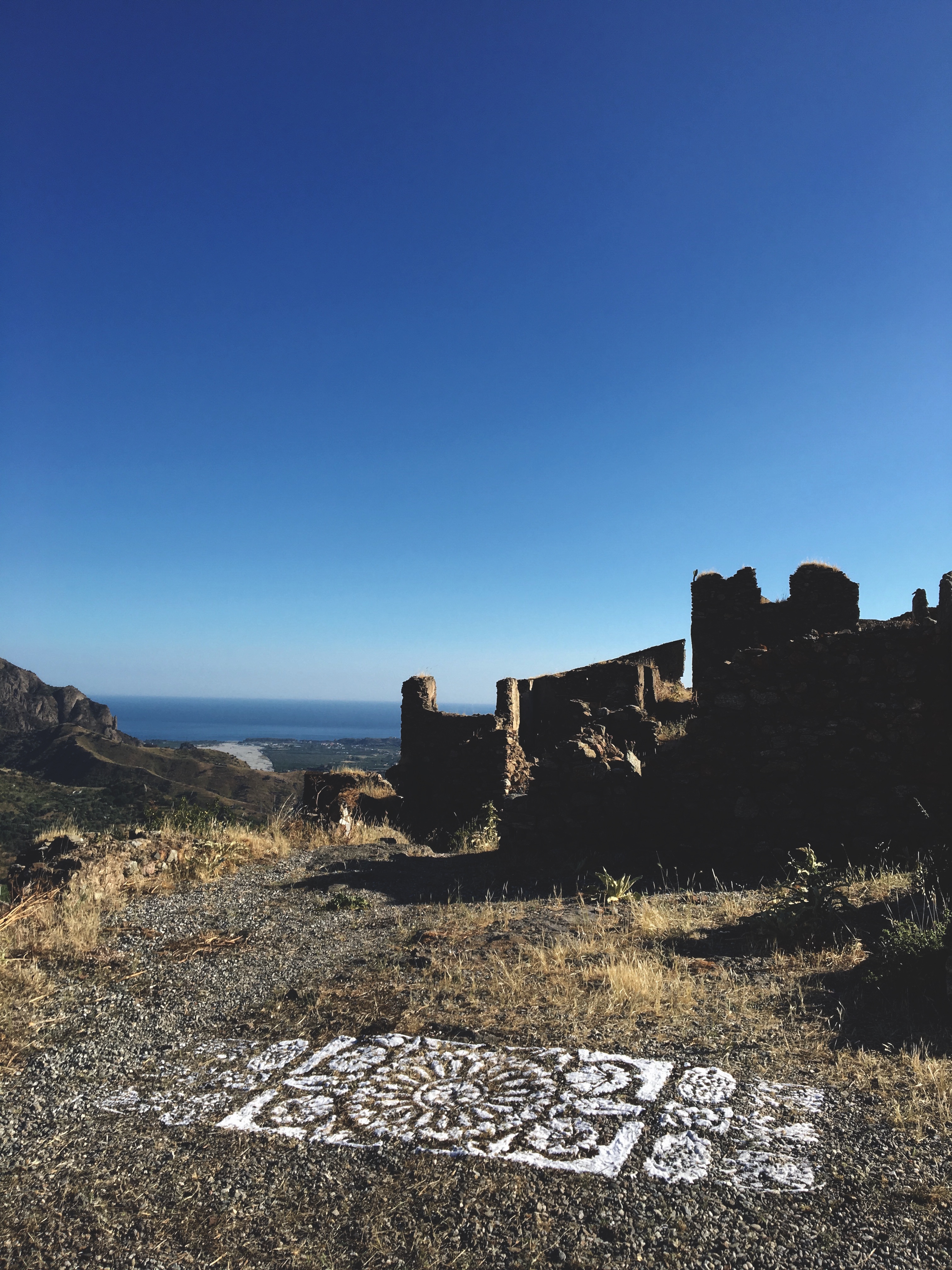 with a text by Silvia Litardi

On Friday, April 6th at 7 p.m. Fondazione Pastificio Cerere is presenting RIPARO, solo show by artist Guendalina Salini. The exhibition will be accompanied by a text by Silvia Litardi, and will stay open to the public until May 5th 2018.
The artist aims at investigating the concept of riparo -which means shelter- as a pre-architectural space, as the most primordial form of protection for men. In this sense, the carpet – the central theme of the exhibition – fulfills the primordial needs of men to warm up, protect, rest, envelop the dead or contain goods while shifting them; above all, it is a sacred area, a space protected against uncertainties and the unknown. The carpet is the home of those who have no dwelling: it crossed millennia and embraced several populations, starting from nomad tribes and arriving to our days.
The exhibition begins with a site-specific installation of carpets that have been tailored with different materials, with colorful, scented spices; they all have diverse patterns and designed evoking different cultures and traditions.
The Pastificio Cerere courtyard installation will result from a workshop of self-narration and sound experimentation with students and inhabitants of the San Lorenzo district. This is held by the artist in collaboration with Marco Stefanelli and Giulia Anita Bari from La Frangia association. Starting from the topic of the carpet and the symbols it contains, during the workshop participants will debate on the concept of “home” in its diverse meanings, and they will be encouraged to produce clay objects and audio narrations which, together, will compose a sound carpet.
Furthermore, the short movie “La città e il cielo” (The city and the sky) will be presented. It tells the story of a group of men and women of different age and geographical origin, who end up among the ruins of an abandoned village, in the Aspromonte, in the Calabria region. They try to “dwell”, repair, and recreate a sense of community. The video is inspired to texts by authors such as Vito Teti and Franco Arminio, who talk about the abandoned places as non-merely geographical places, but as poetical venues; another inspiration source were the Medu operators, being Medu a humanitarian organization (Doctors for Human Rights) based in the Calabria and Basilicata regions, promoting the project Terragiusta (Fair Earth) against the exploitation of foreign day laborers in agriculture.
This brave humanity, moving among the shacks dust, meets Guendalina Salini’s poetic view: she re-populates the vacuums that – first of all – are interior and this interiority can generate something new. The salt used by the artist to draw a carpet is turned into a symbolical element and evokes a spirituality to imagine together a new sense of community and belonging even when individuals have no longer a shelter.

La Frangia
La Frangia was founded in 2016 in the Calabria region with the idea that art, care and fight for rights practices can establish a community of “the possible”. Its members are Giulia Anita Bari, violin player and humanitarian operator who has been coordinating projects in favor of South Italy day laborers for years; Marco Stefanelli who produces social reportages and sound experimentations. His passion is to manipulating sound and noises to tell real stories by de-constructing and re-constructing them from a sound viewpoint. He started to work for the radio thanks to his experiences with Radio Ghetto, Amisnet and Echis. He collaborated with them in carrying out self-narration workshops and learning courses in Italy and Palestine.
www.facebook.com/lafrangiaproduzioni