Guendalina Salini | THE END OF GEOGRAPHY 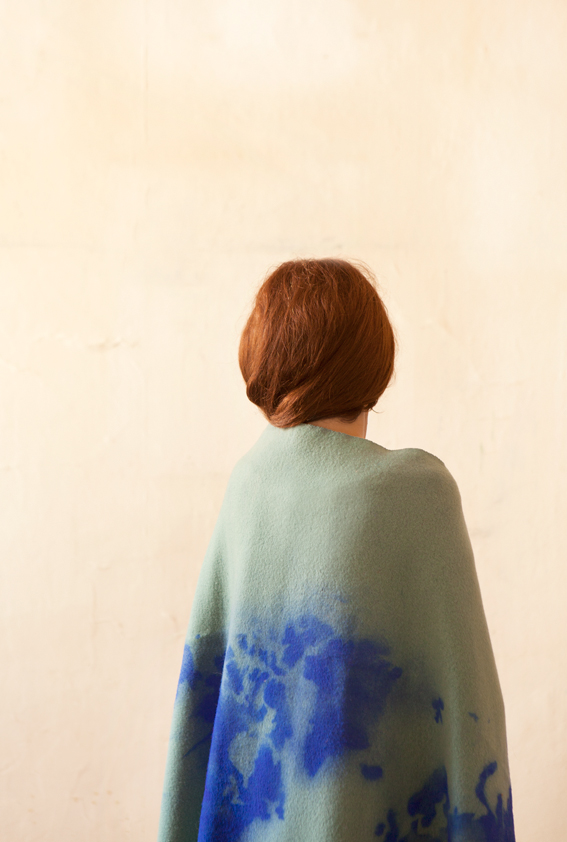 Ex Elettrofonica is pleased to announce an exhibit entitled The End of Geography, a project by Guendalina Salini, which will open on Thursday, 22 October 2015 at 17.00 in the evocative spaces of the Italian Geographic Society, located in Palazzetto Mattei in Villa Celimontana, Rome.

Curated by Raffaele Gavarro, the exhibition is a path that winds through the halls of the Society and tells of a disorientation of space-time that leads to a new orientation of the soul, causing in turn a different existence in the world, attributed to Being, the Heideggerian Dasein that refers to the concrete existence of man that is inherent to the world and is an indissoluble part of it.

The End of Geography, an expression used in reference to globalisation and its simultaneous homogenisation, starts off with images from a photographic journey. In recent years, Guendalina Salini has had her portrait taken in front of Italian landscapes and locations, holding a white paper in her hands. These images are a sentimental mapping, a geo-empathetic exploration, which finds a sense of continuity with the other installations on display and with the performance that will take place on opening night, at 19:00.

The End of Geography will include a catalogue published by Yard Press (Rome) with texts by Raffaele Gavarro and Franco Arminio.