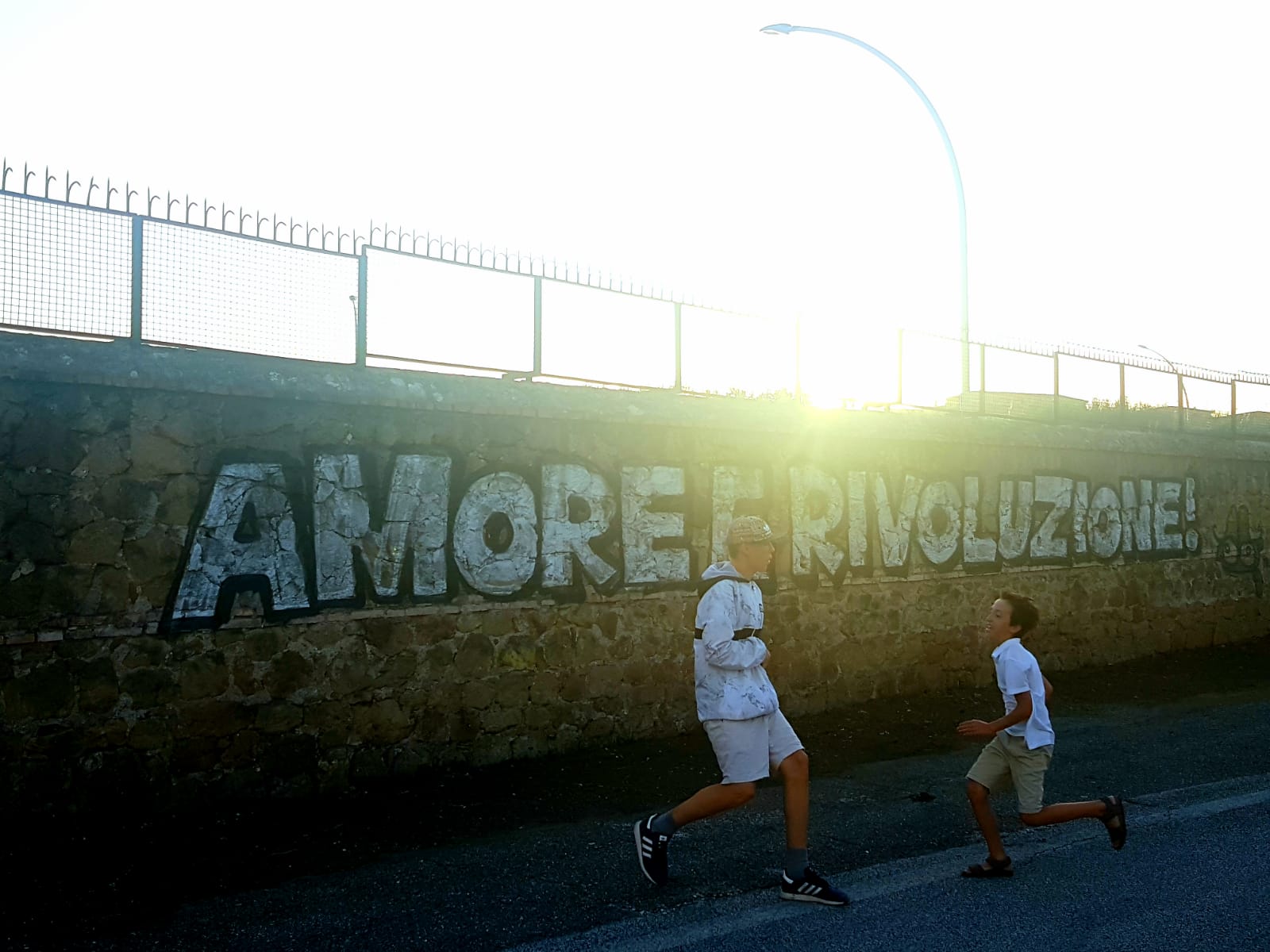 We decided to intervene artistically along Via del Mandrione, respecting the history of the place and its uniqueness, driven by the intention to enhance a space for discussion and artistic and human relationship. The signs left by the artists along Via del Mandrione will be present on site even after the inauguration, exposed to the wear and tear of time and the effects of chance. A greater presence of works is found in the stretch of road that the municipality has closed to vehicular traffic since 2018. The area identified for the exhibition coincides with the widening that opens in front of the Casilina Station, in an area circumscribed between Via del Mandrione, the railway, the buildings of the State Mint and the tunnel that leads to the Certosa district: an area, which in recent years has experienced a poetic abandonment followed by signs of human repopulation, circumscribed in a stretch of 750 meters of asphalt that can only be walked on foot and suspended over the void.
The closure of the road by the City of Rome was in fact necessary because of the removal of two underground cavities under the lanes of Via del Mandrione, indicators of a chasm. Several parts of Via del Mandrione, in fact, are suspended over twenty meters of void, and the road surface itself is particularly thin: near the area of intervention of Love and Revolution reaches a thickness of only two meters, separating the floor of the road from the void below.
The investigations of the subsoil have shown an underground cave system of large size and very articulate, the quarries were excavated in Roman times for the extraction of tuff for the construction of the facing aqueduct. It is above all these characteristics of the place that inspired the project Love and Revolution, which owes its name to the monumental inscription, present in the project but recently formed, present on the wall in front of the Casilina Station.

The intent of the working group meeting for Love and Revolution is to draw attention to a place full of meaning for Italian history and, in particular, for the city of Rome. The deep meaning of the exhibition is represented by the opportunity to create aggregation through art, to “stay together” ideally suspended in the void, a need that is revealed concretely especially during the days of the exhibition (4-5 September).
The feeling that we would like to transfer to the visitor crossing the stretch of road is that of a general sense of disorientation determined by the unity between the physical place and the artistic interventions, without necessarily triggering an immediate mechanism of recognition of the works of art as such. More than an exhibition we have in mind an “event”, a performative sign traced in time, which activates a relationship between the visitor and the intervention in its entirety. The working group working on Love and Revolution creates a physical space for discussion and meeting for possible future experiences also open to other artists, and goes beyond any desire for redevelopment of the area. If necessary, he intervenes to pay attention and enliven its fragile beauty.