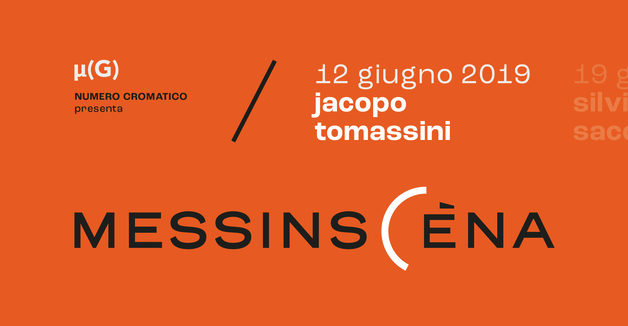 The project wants to analyze the current artistic realities through a device of one shot exhibitions. Each appointment is dedicated to a single artist. Only one work will be exhibited which will remain on display for five hours, from 7.00 pm to 12.00 am, in a dedicated and always identical space.

The artist presented this time is Jacopo Tomassini.

Each artist has the same environment in which to create a particular form of relationship between public and work. In their appointment, for 5 hours, each artist will invent forms of preparation and use of the work. The public will be invited to live the experience according to precise rules .

The project is in collaboration with Untitled Association.

Jacopo Tomassini (Rome, 1979) studied History and Film Criticism at the University of Rome “La Sapienza”, he began working as a director in various film productions. Between 2013 and 2015 he attended the Masters of Fondazione Fotografia Modena. In 2010 he approached the arts working with different artists, interested in new areas of research and experimentation. From 2012 he began his artistic research: through the use of different genres and expressive techniques – from still life to collage, from performance to installation, from assemblage to portrait – he investigates the nature, ambiguity and contradictions of the photographic image , playing with the relationship that he has always with media of communication and the other visual arts.