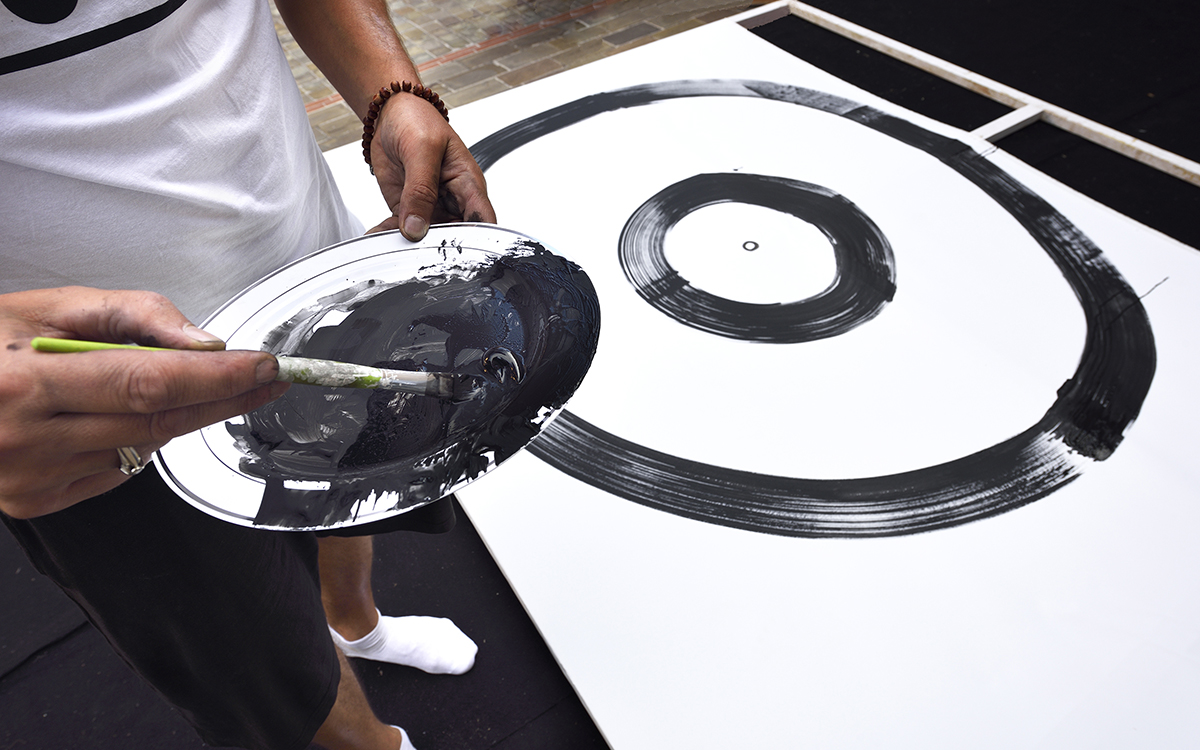 Galleria Umberto Di Marino is presenting the event that marks this year’s conclusion to the cycle Viewed from here (Visto da qui). It has involved small solo shows prepared from a single viewpoint, namely one in which the gallery’s three rooms can be observed in one fell swoop. Moving through this observation point has, from time to time, immersed visitors in a reflection on perspectives still opened by the physical and social frame of the gallery, seeking to define its role with regard to the production of contemporary art.

It is a moment of critical and shared reasoning on the processes and places of the art system which has led to the collection of testimonies, texts, dialogues and in-depth analyses. The result is a different approach by the public to the works of artists through new forms of participation in the life of the gallery space, which will occasionally be repeated in 2020 when more traditional exhibition initiatives are resumed. Visto da qui becomes an integral part of the procedures adopted by the gallery, together with new collaborative initiatives set up in the territory of Naples.

Going outside one’s own architectural boundaries, with projects devoted to the city of Naples, has greatly enriched the complexity and interpretation of the works proposed in a critical action capable of affecting both the works and the context. In the same way, remaining inside the gallery can change perspectives significantly.
The intervention designed by Marco Raparelli on this occasion follows the direction of displacement and definitively violates the “white cube” model.

The space is transformed for an evening into a club on the urban underground scene, a place that could be found in many large international cities, inhabited by a nomadic, creative and digital community. It is a performance which, through a DJ set given by the artist from his own installation, seeks to stigmatise and, at the same time, ape, in light-hearted fashion, the ways in which the contemporary art scene experiences its own social dimension, occasionally giving in to the temptation of cultural approval.