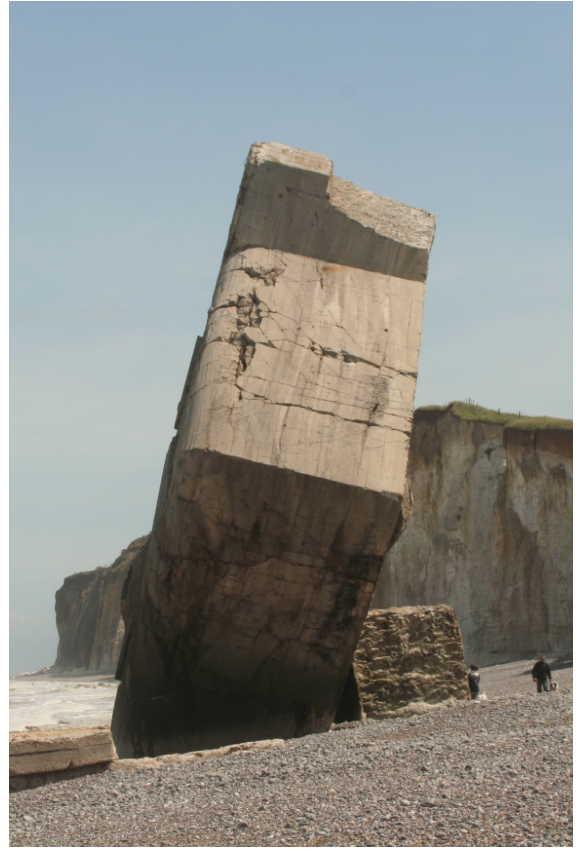 1XUnknown is an ongoing collection of short videos of monoliths. The project originates from research into solid inhabitable forms whose permanent nature expresses how they belong to their context. The structural features and specific geopolitical references of the Atlantic Wall fortifications led to their being chosen as the main source. The Atlantic Wall (1942-1944) is a line of about 15,000 fortifications built along the European Atlantic coast (from the Pyrenees to Norway) for the purpose of defending “Fortress Europe”. Over time, none of the Atlantic Wall blockhouses have been demolished, and local inhabitants and administrations have assigned them various functions. Each one is named (Barbara, Karola, Bruno, etc.), whereas 1XUnknown intends to classify blockhouses whose function is not yet identified. Standing distinct and clear as judgement, these “sculptures” – archetypal and devoid of foundations – also resemble their surroundings – the local sand used for concrete -, thus simultaneously expressing emancipation from and belonging to the context. 1XUnknown analyzes the bunkers through their spatial presence, and focuses on the way each architectural volume is conditioned by environmental changes (landscape, atmospheric and social behaviours). At the same time the project questions the term “Fortress Europe”, which has recently appeared again in public debate, identifying the EU as a political force whose integrity is menaced.