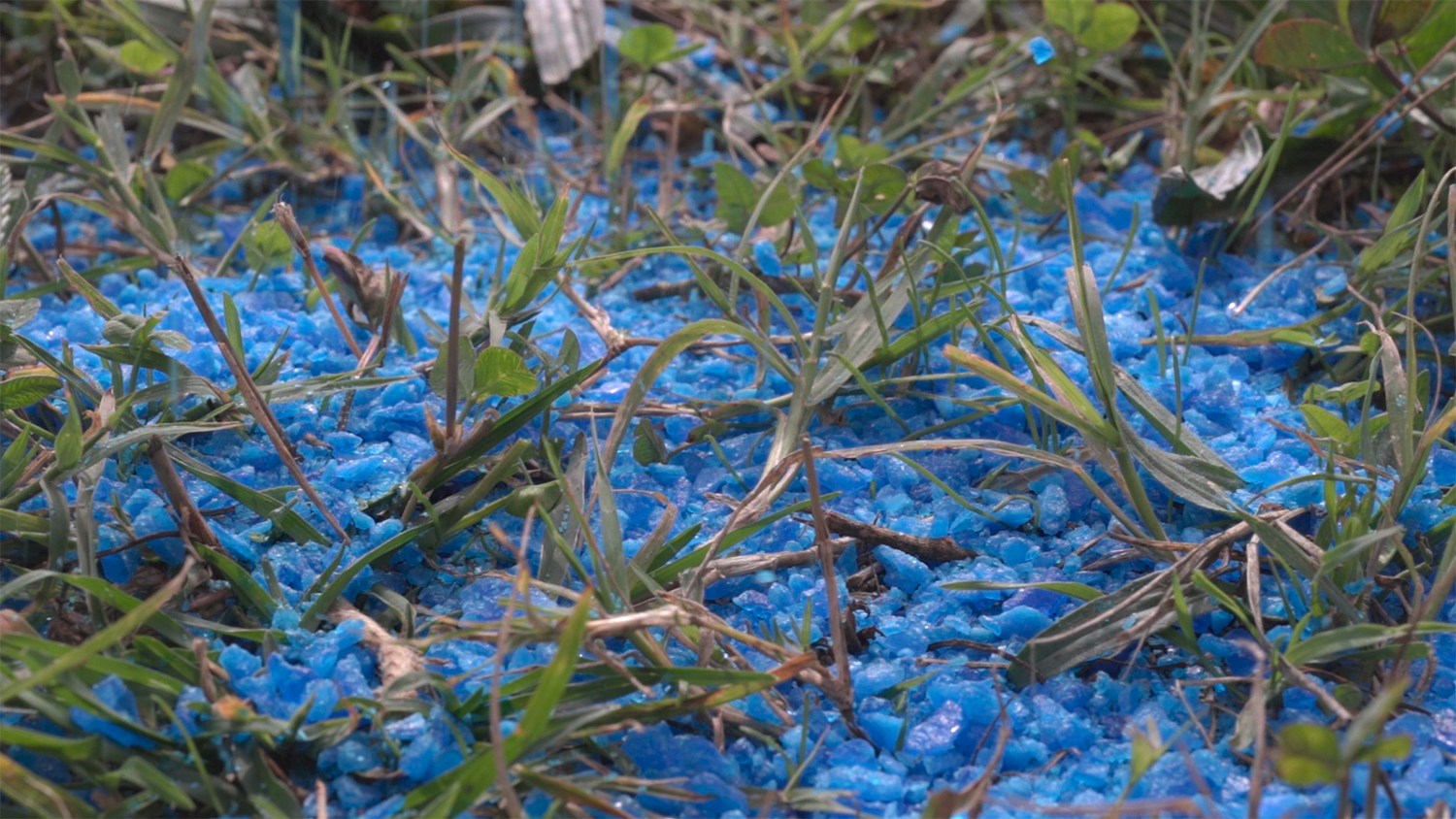 The relationship between geographic areas at risk and the communities that inhabit them inspires the practices of Elena Mazzi (1984) as they deconstruct and challenge the epistemic dichotomies of modernity, encouraging us to consider a new ecological relationship between nature, culture and the world. Mazzi collects cases from fieldwork, workplaces and mobile laboratories, and uses different sets of procedures, interdisciplinary exchanges, indigenous and specialist vocabularies in order to overcome the limitations of the environments within which knowledge produces and is produced. In line with the idea of contrasting “state science” with “nomad science” (Deleuze and Guattari), we can include Elena Mazzi’s research into the latter theoretical model.

Mazzi enters the artistic, anthropological and scientific ambits with a “lessor” approach, with a rhizomatic way of proceeding in which, time by time, the circumstances allow the emergence of tool kits, disciplinary linkages and possible interlocutors. The objective is that of finding an unconventional response to ecological urgencies, to neo-liberal extractivism, and to the collapse of bio-diversity, searching for new, imaginative ways for interconnection, intersection and mutual dependency over and above the cognitive monopoly of western knowledge. In its content and methodologies, the strategic horizon of her work is that of raising awareness in the subjects involved about the importance of the eco-system dimension and of the “circulating references” (Bruno Latour) that populate society.

The exhibition’s title identifies this additive process of multiple workshops based on prime materials. In Elena Mazzi’s work, through the combination of the visual arts with solutions and tactics designated by disciplines such as geography, social science and anthropology, artistic practice becomes action within communities.

In effect, we encounter the (broad but specific) community of the scientists met during the creation of Copperalities (2022, generated within the framework of the research project Scientific Visualizations: Impact on Practice, developed at the Libera Università of Bolzano-Bozen); the communities of bees and humans in the project on nomadic bee- keeping En route to the South (2015) realized in collaboration with Rosario Sorbello, while, with The Upcoming Polar Silk Road (2021), the concept of community expands to include the geo-political dimension. Lastly, the local community is at the heart of the Smellscapes project, created for this exhibition with the aim of valorising the olfactive dimension and the material, botanical and gastronomic culture of the territory by means of the laboratory creation of essences that stand as participatory representations of the neighbourhood.

On July 5, the PAV will be hosting Soils Matter, an interdisciplinary encounter dedicated to the relationship between artistic practices, science, and soil promoted and curated
by the research group Scientific Visualizations: Impact on Practice of the Libera Università of Bolzano-Bozen.

Elena Mazzi (Reggio Emilia, 1984) studied at the University of Siena, IUAV in Venice and the Stockholm Royal Institute of Art. Her works have been on display in both solo and group exhibitions, including: der TANK (Basel), MADRE (Naples), ar/ge kunst (Bolzano), Whitechapel Gallery (London), BOZAR (Brussels), the Museo Novecento (Florence), GAMeC (Bergamo), MAMbo (Bologna), Sonje Art Center (Seoul), Palazzo Fortuny (Venice), the 16th Rome Quadriennale, the 14th Istanbul Biennale, the 17th BJCEM Mediterranean Biennale, and the Fondazione Bevilacqua La Masa in Venice. She has also been the winner of, amongst others, Cantica21 sponsored by the Italian Foreign Office and the Department of Culture, of the 7th edition of the Italian Council sponsored by the Italian Department of Culture.

In the context of the exhibition the AEF Educational and Training Activities of the PAV proposes for schools and groups the laboratory The city of bees. The activity is a naturalistic experimentation in the urban environment where the sociability of these important pollinating insects is proposed – in an ecological way – as a vehicle for gaining knowledge of the mechanisms that regulate populations.

As part of the Workshops program, Elena Mazzi started to lead Smellscapes, a path of exploration of the territory where PAV is located to work on the production of neighborhood essences. The participatory research path is spread over several dates: May 31th, June 28th and October 5th, 2022.

The exhibition has been realised with the support of the Compagnia di San Paolo, the Fondazione CRT, the Regione Piemonte, the Città di Torino. Thanks to [N.A!] Project.