On December 12th 2012 Ex Elettrofonica will mark the opening of the exhibition Systems and Accidents curated by Lýdia Pribišová , an exploration of the idea of systems of social control and of their violation, read through the works of four Czech and Slovak artists.

Cyril Blažo, Tomáš Džadoň, Eva Koťátková and Pavla Sceránková are of the generation raised in the period straddling the collapse of the Communist system and its persistence, in the imagination of our time, as a relic.
Each artist probes the limits, the malaise, and the structure of the systems of control that constantly influence their reality. This practice enables them to analyse the role of the person within the social system, and to investigate that person’s decision-making possibilities. The system acts in a devastating manner on the individual, guiding them, directing them, obliging them. On the other side is the unexpected, escaping the system, free. In this way the artists set up situations in which chance plays a determining role. Thus they choose to work with performative elements, involving the visitor in the most disparate scenarios, at times even unpleasant, evoking the atmosphere of times past through forms, materials and architecture, of when the system was the norm, more visible and present. So, each element is observed with a hidden smile, sounding a nostalgic note that each artist approaches with a different type of reaction.

Cyril Blažo is interested in entertaining stories and in their subversive processes. Apparently at random, he combines drawings and photographs that give rise, through collage, to bizarre images. In this way he tries to upset the traditional course of things, by destroying its rules. For him the system is a challenge to adopt an antagonistic, indifferent stance, an act which is often so coherent as to function as a sophisticated strategy.
The work of Tomáš Džadoň inolves a return to roots, using memories, the past, archetypes codified in social systems, socio-political structures such as national identity, the regime, shared history, etc…. The presence of smoking speck in the exhibition functions as an archetype of common experience (this cold cut is typical of the mountainous regions of Slovakia), and with its strong scent it evokes a domestic and reassuring atmosphere.
Eva Koťátková concentrates on the elements of coercion. In her drawings and collages she goes back to the memories of childhood, to when she curiously observed animals in captivity that, deprived of freedom, were forced to follow absurd rules extraneous to their nature. In her works instruments of torture are often evoked, metaphors of a hidden language that on closer inspection serves to deride repressive systems.
Pavla Sceránková is dedicated to the exploration of the influence of chance, of psychological states, and of processes of perception. She constantly explores the appearance of errors in the system, analysing their most obscure aspects in order to cast light on their functioning. She experiments, moving between sculpture, video and performance. Her physical approach to the subject is reminiscent of PE exercises, giving her works a principally performative structure. 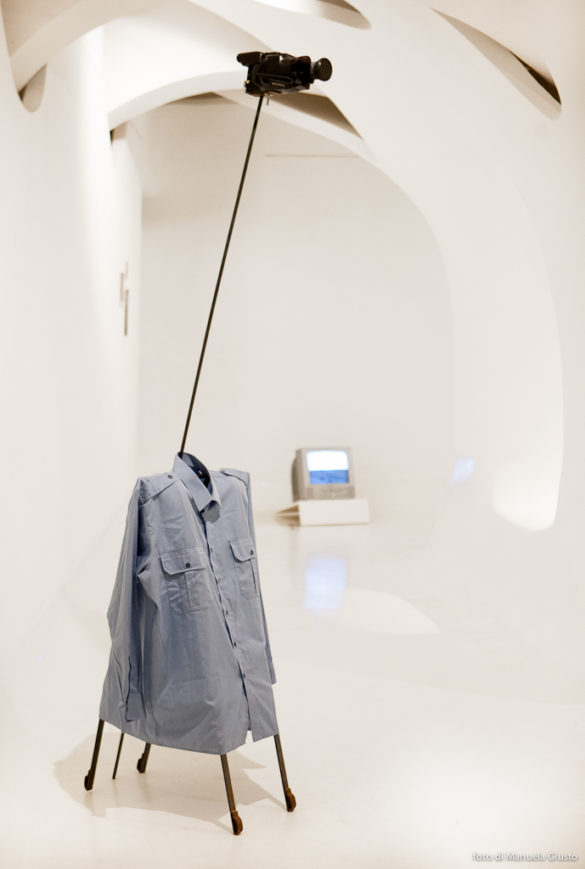 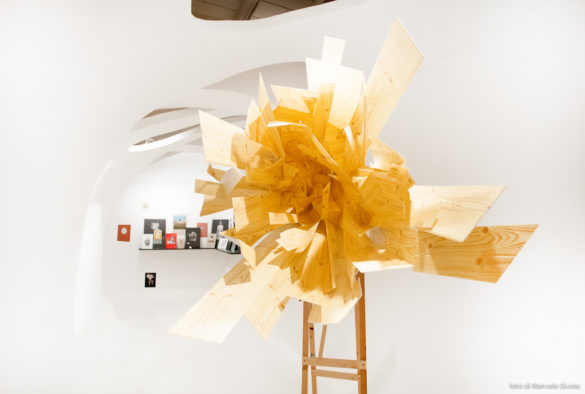 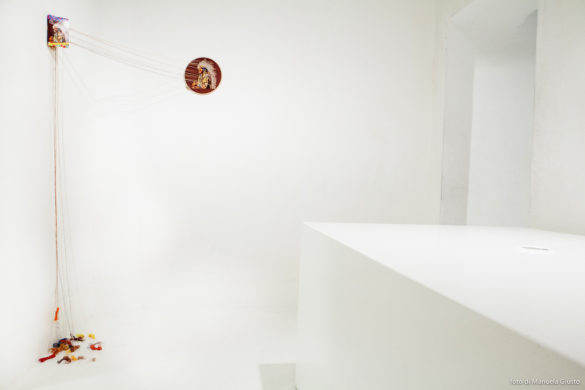 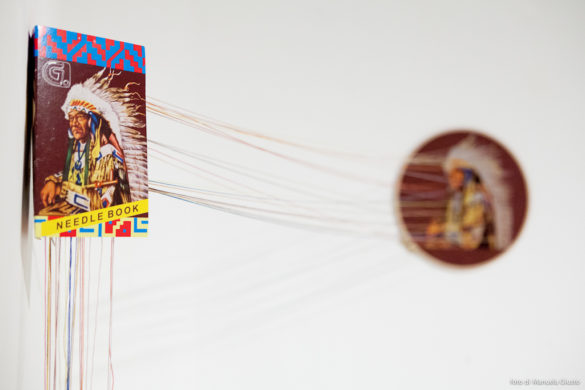 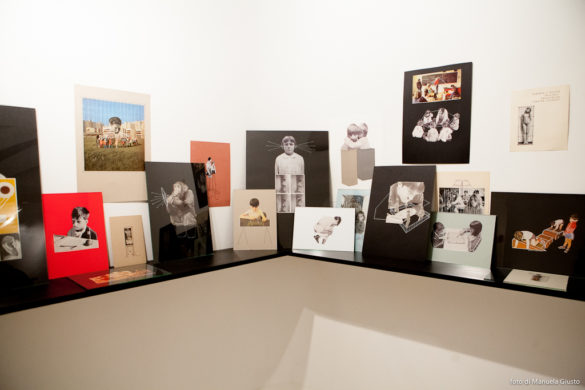 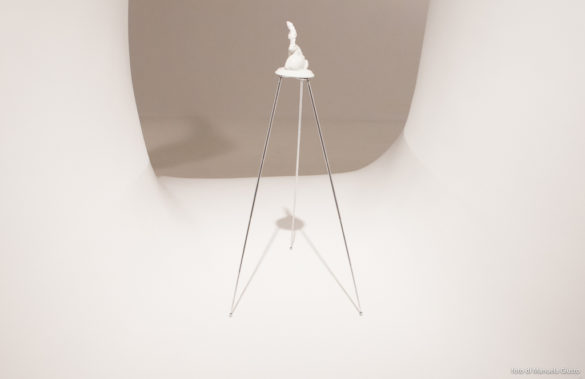