Anna Raimondo’s first solo show, curated by Lucrezia Cippitelli and entitled New Frontiers in the Well-Being of the Vaginal Ecosystem #1 Rome, opens on 27 October at Ex Elettrofonica in Rome. It’s a work built on site-specific research in the city, on the city and on the women that inhabit it.

The work is the first chapter of a project that the artist will expand to other cities in the world, which questions the relationship between space, gender, social behaviours, power, education and focuses on the daily lives of women.The artist asks a group of women of many different ages, sexual orientation, classes, genders, cultures, origins, to describe the city through the feelings caused by the spaces they inhabit, memories, stories and History.

Listening to the city’s spaces – which we often experience without hearing – guided by the voices of women. An auditory drift that leads the spectator to experience the crossing of different spaces, in the body of a woman. A remapping of the city, without considering functions and geography, but that is mediated by subjectivity and without the desire to be universal and objective.

With New Frontiers in the Well-Being of the Vaginal Ecosystem #1 Rome, Anna Raimondo questions feminism, both historical and unconscious, both routine and activist, which sums up the daily practice that guides the lives of women in the simplest actions, like walking or getting dressed, getting on a bus or bringing a daughter to the park, that bring various political nuances with them.

New Frontiers in the Well-Being of the Vaginal Ecosystem #1 Rome is an auditory work in the form of an installation for the gallery space which will then be turned into a different medium for the virtual space. The process that the artist created for the auditory and human mapping of the city will become a work that starts above all from sound as an act of interpretation of space, and then as material to be moulded for different outputs.

Anna Raimondo (Born in Naples in 1981, she lives in Brussels and work internationally). www.annaraimondo.com Completed the MA Sound Arts at the London College of Communication (University of the Arts, London). She has participated in several international exhibitions and festivals including the solo show: “Mi porti al mare?” curated by Nancy Casielles and Nancy Suárez at the MAAC (Brussels, BE); “Verso Sud” curated by David Ruffel and Ismael at Thinkart (Casablanca, MA); the festival Artefact “You must change your life” curated by Hicham Khalidi, at STUK (Leuven, BE); the group show “Everyone has a sense of rhythm” curated by Christine Eyene at DRAF (London, UK); the solo show “Beyond voice. Me , you and everyone who is listening” at Arte Contemporanea Bruxelles (BE); the 5th Marrakech Biennale (MA); “Espace (Im)Media” in Sporobole Art Center (Sherbrooke, CA); the collective sound exhibition “Dirty Ear” curated by Brandon LaBelle at Errant Bodies (Berlin, DE); as well the public sound art festival “Paraphrasing Babel“ in Maastricht (NL); the public art festival “Nouzah Fenia – Festival de Casablanca” (MA); etc. Her radiophonic works have been broadcast internationally (Kunst Radio, AT; Deutschlandradio Kultur, DE; Resonance fm, UK; Arte Radio, FR; Mobile Radio Bsp, BR; Rai, IT; RTBF, BE…). Her curatorial projects are mainly focused on sound and radio art and have been presented in different venues, including 14 documenta radio program at SAVVY Galery (Berlin, De); the “V&A Museum” (London, UK) and “Le Cube- Independent Art Room” (Rabat, MA). She is co-editor with the artist Younes Baba-Ali of the radio and sound art’s platform Saout Radio, based in Morocco. She also initiated Echoes with Amélie Agut, an itinerant pedagogic and artistic project about radio art and sonic memories. She writes for the French radio art magazine Syntone. She has won the Palma Ars Acustica 2016 with her radio work “Me, my English and all the languages of my life” and the price of best soundscape with “La vie en bleu” in the frame of the sound art competition PIARS. 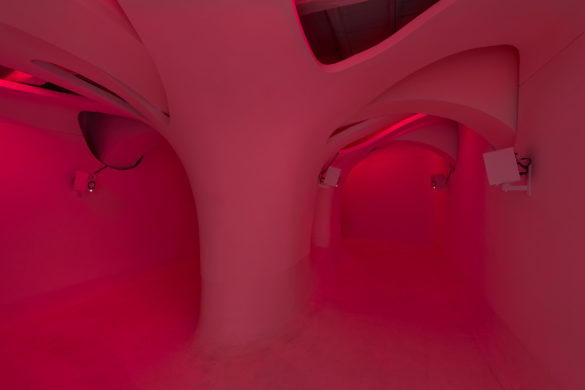