Asterismo traces an ideal itinerary through the most touristic destinations of Rome (the Colosseum, Piazza Navona, the Trevi Fountain, etc.), giving rise to a constellation where places align to represent a space superimposed on the real space of the city. The path from one point to another in this space becomes a chance to reflect on a pre-packaged visual experience: the simplified and unidirectional mappings and of mass tourism.

The works on display belong to the same creative process, but to two different moments of execution. The first corpus of paintings is from 2008 (when the artist was living in Rome), while the second was created specifically for this exhibition. The same distinction can be made for the works on paper; despite his practice of working on top of old maps or printed scenes, he hasn’t had breaks in production.

Specifically, the works stem from pre-existing representations: typographic prints and oil paintings purchased from the stalls in Rome’s centre. The artist intervened on these images, using them as backdrops of a screen. The resulting image is a new view where the original one, partially visible or erased, emerges as iconographic memory.

The personal show of Flavio de Marco, Asterismo, is the second edition of Ex Elettrofonica’a survey of contemporary Italian painting, started in 2014. 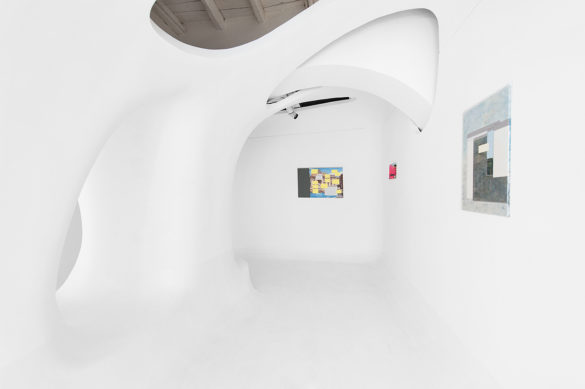 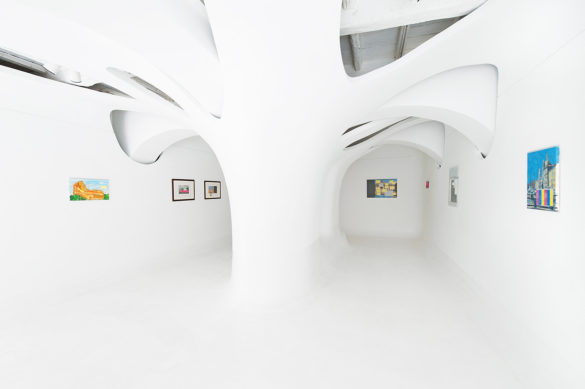 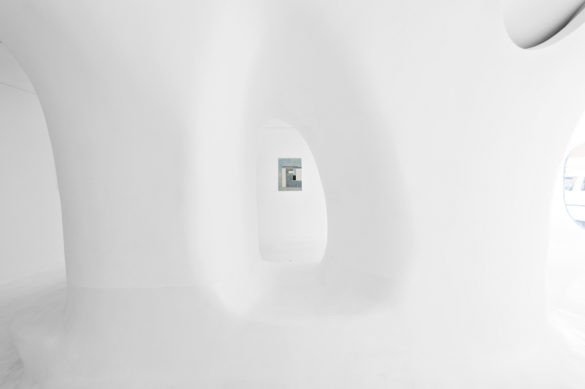 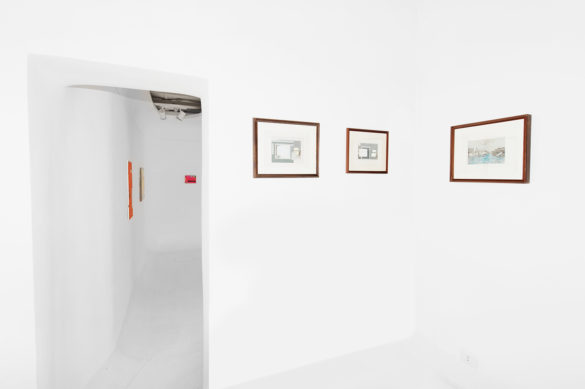 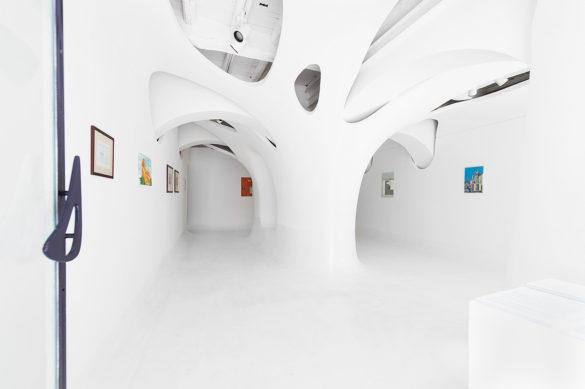