On Tuesday 13 January 2015the Ex Elettrofonica gallery space will present the exhibition GLUMBA SKZX, curated by Ben Crothers (Belfast, 1987) chosen as the first installment of the BE MY GUEST series conceived by Manuela Pacella.

The idea of BE MY GUEST is basically to invite a curator to conceive an exhibition for the space of Ex Elettrofonica. The difference compared to the exhibitions usually made for this space is the difficulty of building a strong group show that manages to highlight both the works of artists selected within the space as well as the thinking that led the curator in conceiving and setting up.

We want to give special importance to the role of the curator as a scholar whose research and skills can be seen especially in group shows, when these are not simply a “formal” combination of artworks made by different artists but when the choice goes to compose a unified speech and an experiential path.

It is therefore an invitation from a curator to a colleague, noticed for his particular innovative qualities, for his professionalism and the conviction of his ideas.

Seemingly insignificant objects, concepts and situations are challenged and disrupted in GLUMBA SKZX, through which the chance encounter is celebrated and the purposeless, banal and irrelevant are re-presented in highly imaginative ways.

The exhibiting artists reinterpret and re-evaluate pre-existing material and explore elements of everyday life which may often be overlooked: reimagining water as a luxurious, decadent beauty product (AdhamFaramawy, 1981, Dubai); purposefully enacting a series of common mistakes (Michael Hanna, 1979, Craigavon); video-recording a small wooden crate’s journey through the postal delivery system (ShiroMasuyama, 1971, Tokyo); writing and illustrating a comics series based on a teenager’s diary found in a gas-station bathroom (Esther Pearl Watson, 1973, Frankfurt); expensively documenting items of low value (Theo Simpson, London); creating sculptures from childhood toys and household objects (Ben Craig, 1985, Belfast); inventing a fictional gang based on an encounter on the New York subway (Fiona Larkin, 1976, Dublin); photographing a fleeting moment in which the aesthetic cross-associations between a dog and a plastic garden chair became apparent (Locky Morris, 1960, Derry); and drawing inspiration from a children’s book to create an adult-themed comic strip about a witch, her cat, and an anthropomorphic owl (Simon Hanselmann, 1981, Launceston, Tasmania).

GLUMBA SKZX embraces humour and the absurd in a multi-sensory environment in which photography, video and sculpture are exhibited alongside comic books, toys and second-hand clothing, which demand our attention and consideration just as much as the more readily acceptable forms of contemporary art on display. Audiences are urged to reconsider that which would not ordinarily be exhibited in a contemporary art gallery, faced with misspelt tattoos, playful canines, plastic banana holders and a drug-addicted witch. Like the exhibition title itself, meaning often lies where one may not expect, taking us by surprise, making us smile, and changing our perspective.

Ben Craig (1985, Belfast, Northern Ireland) lives and works between Belfast and Berlin.
He completed his BA in Fine Art with First Class Honours from the University of Ulster, Belfast, in 2008, before completing his MFA at the Bauhaus University, Weimar, Germany, in 2012.
Craig describes himself as a sculptor, but the works he makes are temporary and usually need the interaction of others to be realised. Often a conglomerate of media, his works use the notion of familiarity in relation to childhood memories, living habits and aspects of pop culture to involve the viewer and allow them to reminisce, referencing action figures, toy cars, LEGO, shopping catalogues and popular cinema.

Adham Faramawy (1981, Dubai) is a London-based artist of Egyptian descent. He studied at both the Slade School of Fine Art and the Royal Academy of Arts, London, and is affiliated with !WOWWOW!, a Peckham-based collective of artists, fashion designers, writers and musicians.
Throughout his practice, Faramawy explores changes in perception brought about by the digital age. Across a landscape of high definition flatscreens and sculptural wall- and floor-based works, routines of banal choreographed workouts and rejuvenating skin treatments are played out. Faramawy shoots staged live performers, often using his smart
phone (a device which is symptomatic of a contemporary syndrome of immediacy).
Carefully staged where human exchange can be computer-mediated, these subjects carry with them the isolated remoteness of the online experience. Recent exhibitions include Hydra, Cell Projects, London; E-Vapor-8, Site Gallery, Sheffield; Pre-Pop to Post Human, Hayward Touring; Half Abstract, David Roberts Art Foundation; and Silica, Galerie Sultana, Paris. Faramawy’s video works have been included in screening events such as Flatness, Oberhausen Film Festival; Syndrome of a Decade, Ikono Film Festival; Diamond Dust – A shifting grammar of originality, Circa Projects; Edinburgh Arts Festival; and 21st Century Pop at the ICA, London.

Michael Hanna (1979, Craigavon, Northern Ireland) graduated with a BA (Hons) in Sculpture from the Edinburgh College of Art in 2009, and completed his MFA at the University of Ulster, Belfast, in 2012. He has been involved in exhibitions in the UK and internationally including Futures at Elephant Gallery, Los Angeles and Instances of Agreement at the Kao Yuan Arts Centre, Taiwan. Hanna recently undertook residencies at Golden Thread Gallery and Digital Art Studios, Belfast, and has exhibited in group shows including Oscillator, Science Gallery, Dublin (2013) and as a solo artist, Behaviour Setting,
Millennium Court Arts Centre, Portadown (2013).
In his work, Hanna appropriates evocative materials such as acoustic foam and perforated steel with tactile art materials; wet clay, rubber and plastics. These are integrated with video projection and animation in what has been described as showing a “healthy disregard for institutional boundaries between disciplines”.

Simon Hanselmann is one of the most fascinating creators in contemporary comics, using the wide reach of online distribution to build a huge following for his twisted, hilarious, and beautifully-illustrated webcomics through social media. Born in Tasmania, Hanselmann found comfort in pop culture and art, and his seminal work, Megg, Mogg, and Owl (serialised weekly on Vice and published in volumes such as Megahex and Life Zone) is directly influenced by one of his childhood escapes: the cat-and-witch duo Meg and Mog, protagonists of a series of children’s books published in the 1970s.
In both 2013 and 2014, Hanselmann was nominated for an Ignatz Award, which recognise outstanding achievements in comics and cartooning by small press creators or creator owned projects published by larger publishers. He currently lives in Melbourne.

Fiona Larkin is an artist working primarily in video, action and installation. She was born in Dublin and completed her BA there at the National College of Art and Design where she subsequently taught. In 2004 she completed her MFA in Belfast and for a number of years worked out of Flax Art Studios. In 2013 she relocated to Newcastle Upon Tyne where
she is now working toward her doctorate.
Larkin’s work often arises from an interest in the lives of others. In discovering ways of understanding and engaging with others the work finds form in a variety of media, from action to video to drawing.

Shiro Masuyama (1971, Tokyo) originally studied architecture, completing his Masters in Architecture in 1997 at Meiji University, Kawasaki, Japan. His early artworks were influenced by this, mainly manifesting as site-specific interventions. Projects were developed through researching architectural environments and, like architecture, Masuyama’s work  fundamentally relates to people, audiences and passersby, using various media, subjects and concepts.
Masuyama has exhibited widely, including solo exhibitions at Leitrim Sculpture Centre, Ireland, Gallery aM, Tokyo, and Tinbox Contemporary Art Gallery, Bordeaux. Masuyama completed a residency in Belfast as part of Flax Art Studios’ International Residency Programme in 2009, and now holds a permanent studio at Flax. He has also been
selected to participate in residencies in Tokyo, throughout Ireland, Korea, Hong Kong, Berlin, Vienna, New York, Barcelona and, most recently, Peru.

Locky Morris (1960, Derry, Northern Ireland) works with photography, found objects, installation, text, sound and video, although he is also a musician and songwriter. Within artwork that has spanned three decades, there has been a persistent recurring focus centred around his immediate terrain. Morris’s current practice has, for the most part,
been marked by a concentration on the familial and the familiar, sourcing a large amount of his material directly from the interstices and interactions of life.
Often underpinned by humour and sometimes triggered by what he refers to as “daily epiphanies”, Morris’s assemblages place an emphasis on observation, perceptual manipulation and the physical nature of sound, with the equipment itself playing an integral part. His work touches on a broad range of subjects, from the highly personal (his daughter’s first day at school) to the public and political (Northern Ireland’s Troubles).

Theo Simpson is a British photographer based in London, England. His work investigates the mechanics of the built environment, with the intention of further examining our everyday experiences and surroundings within their social and political contexts. Simpson’s work has featured most recently in The Independent, Photoworks and MAS
Context, and has been exhibited in the Design Museum, London. His publications are also held in various public collections including the Tate Artists’ Book Library and the V&A National Art Library.

Esther Pearl Watson (1973, Frankfurt, Germany) is a painter and comic book artist who lives and works in Los Angeles. Growing up in the Dallas/Fort Worth area, Watson’s family moved often, since her father’s hobby of building huge flying saucers out of scrap metal and car engines did not always sit well with the neighbours.
Watson’s graphic novel, UNLOVABLE, is currently in its third volume and is published by Fantagraphics. The comic also appears regularly in BUST magazine. Her paintings have been exhibited widely, including at the Oakland Museum of California and Webb Gallery,
Texas. Watson’s paintings are often overtly narrative, with clear but mysterious scenes of houses or figures ornamented with snippets of prose, telling just enough to get the viewer’s own imagination engaged, wanting to know more. Some are about family, some about places, and all have a rich interior life. Her works without words are just as suggestive of story, also exerting a deep emotional pull.

Ben Crothers (1987, Belfast, Northern Ireland) is a Belfast-based curator and writer. He received a BA (Hons) in American Studies and Film Studies from the University of Essex in 2008, through which he also studied at the University of Miami, Florida. The following year, he remained at the University of Essex to complete his MA in Art History and Film
Theory (2009).
Since returning to Belfast in September 2009, Ben has worked at a number of the city’s leading galleries including Golden Thread Gallery, the third space gallery, Catalyst Arts and The Naughton Gallery at Queen’s.
Selected curatorial projects include Interplanetary, Golden Thread Gallery (2012); The New Adventures of Wonder Woman, PS2 (2012); The Girls: Alive for Your Pleasure, The Naughton Gallery at Queen’s (2013); STRANGE LOOP, Golden Thread Gallery Project Space (2013); Psychic Driving, Golden Thread Gallery (2013); Sarah Maple: You can’t just put your work everywhere, a billboard exhibition in Belfast city centre (2013); and Juvenilia, The Naughton Gallery at Queen’s (2014).
Ben is the 2014/15 recipient of the Arts Council of Northern Ireland’s ACES Award for Curatorial Practice, working in collaboration with NURTUREart, Brooklyn 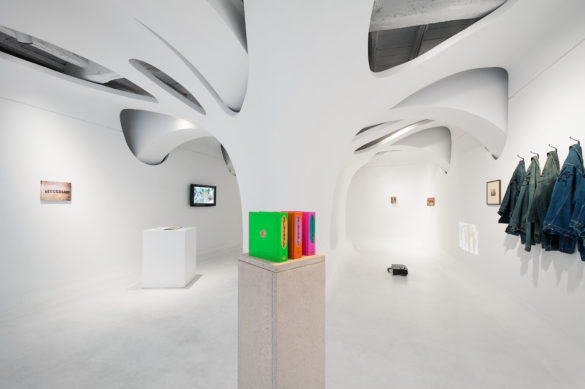 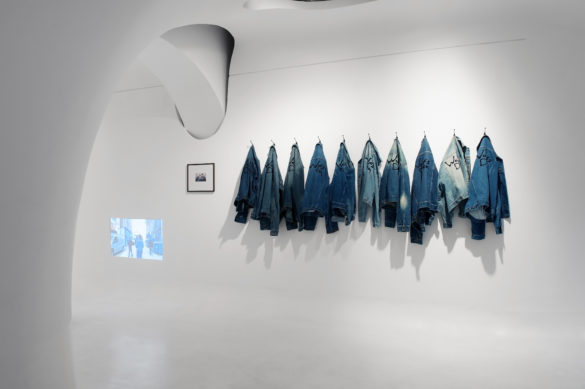 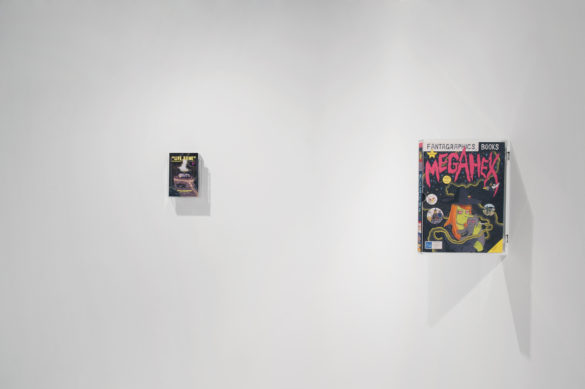 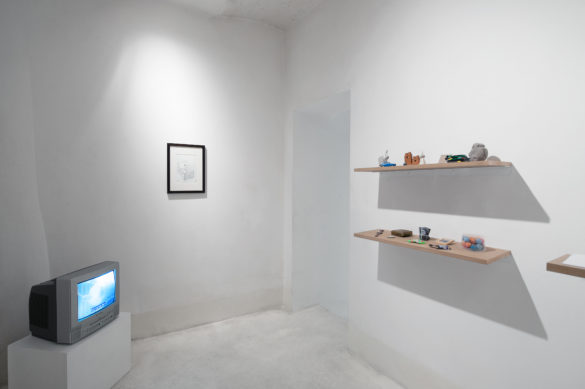 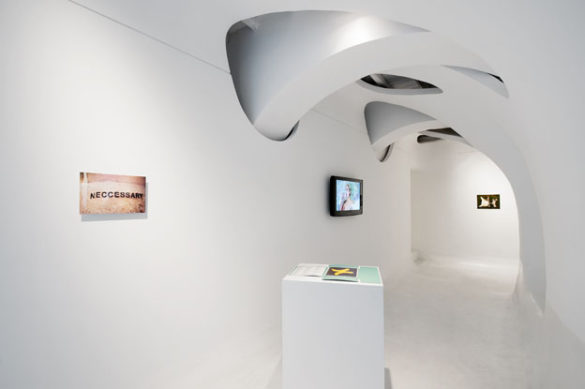 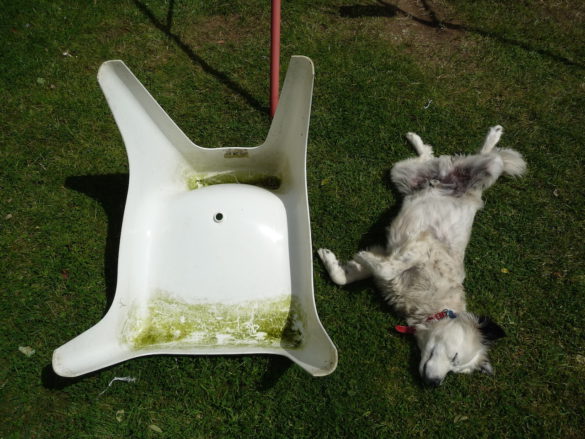