For the 88th edition of the Official International Equestrian Competition that takes palce in Piazza di Siena, Rome, Ex Elettrofonica and Secondome present a project named “A secret forest” who aims to bring out the value and importance of the Casina di Raffaello and the Casina dell’Orologio, the areas selected to host Casa Italia Collection – FISE.

“A secret forest” takes its inspiration from the history of the setting, both the Casine were built according to the wills of Cardinal Scipione Borghese in the early years of 1600, and were originally in the middle of a mulberry woods, that was destroyed to give place to what actually is the near Piazza di Siena. The idea is to give back the memories of the pre existing woods to the buildings now facing the field.

The artworks are by Guendalina Salini, roman artist famous for her ability to interpret spaces while recovering their original essence. In this case, Salini presents a series of framed and installed works made of recicled cardboards cui into portions of multicolored trees, nobilitating the matter and guiding the guests into an enchanted forest.

The interior design project’s core are a few pieces by Moroso, as the Josh and Karmakoma sofas, in Ikebana printed fabric, the armchairs Mimi, Bonobo and Ayub, which, with their gray, green and golden hues hint to the frescos on the ceilings, the Murano glass coffee tables Lunapark, by Alessandro Zambelli and the Awaiting benches, brass and printed artist velvet, by Giorgia Zanellato and Coralla Maiuri, both by Secondome.

Each piece is carefully placed to remind the visitor of the colors of earth, trees and the feeling of being suspended between dream and reality that you get when lights filters through the branches.

Outdoors we have a selection of furnitures bu Ethimo, that perfectly matches the lush nature and the classicism of the buildings’ architecture in Villa Borghese.

This set up perfectly fits the virtuous process that has been set in place by the event planners in the past few years to bring new life into Villa Borghese not only by increasing the quality of the prestigious sport event, but by giving value to the area itself for both art and nature. 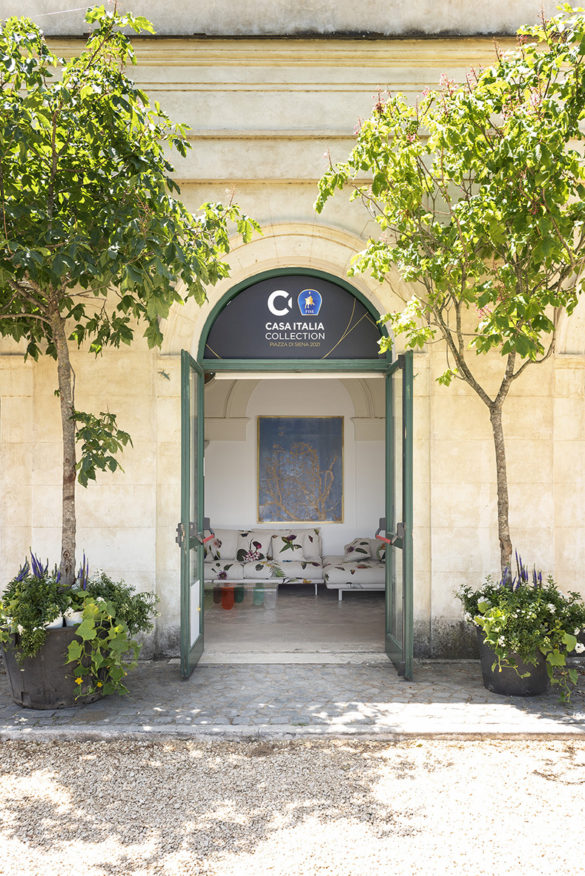 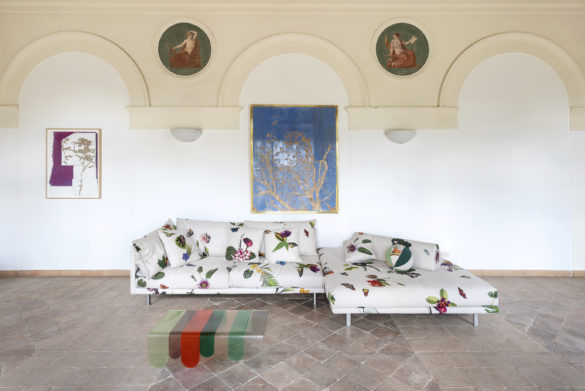 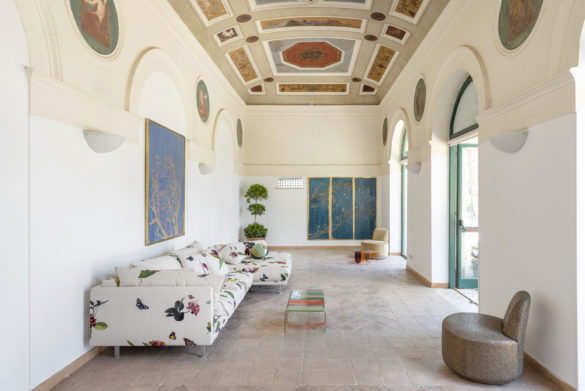 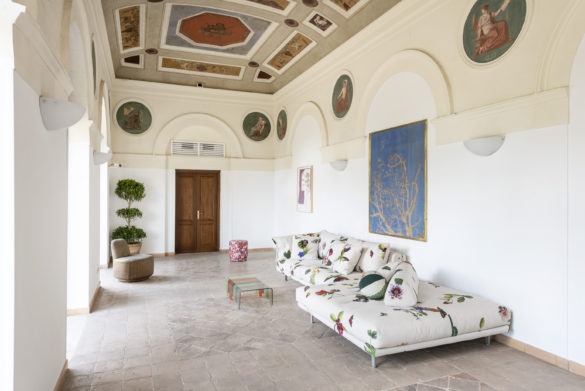 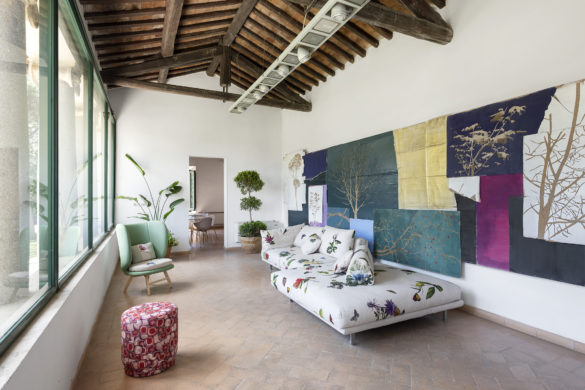 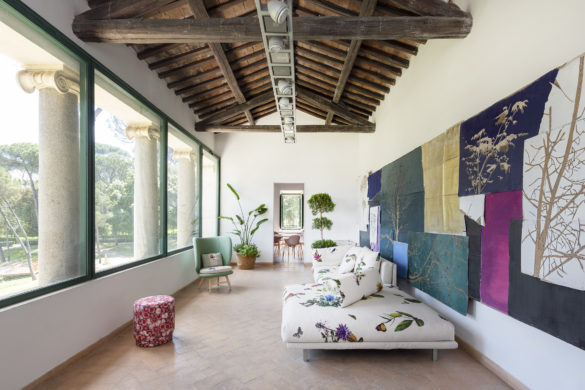 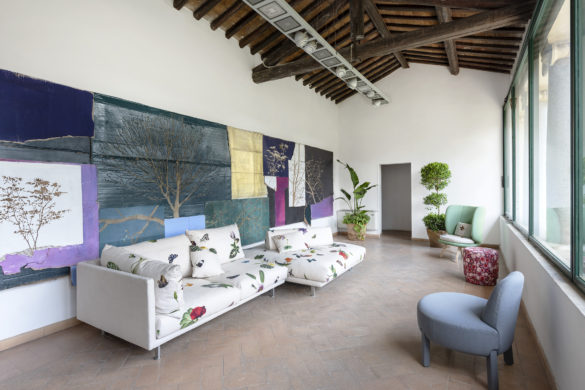