Following the necessary closure due to the Covid-19 emergency, Ex Elettrofonica is pleased to be reopening its doors on Saturday 17 April 2021 with Ri0, a solo show by Davide D’Elia, curated Elisa Del Prete, which responds in its own way to the extraordinary situation we are going through using a metaphorical tale on the threshold.

Davide D’Elia’s Ri0 is an exhibit that, in its very title, invites us to be immerse ourselves in a fluid experience: the rio is a small waterway, halfway between nature and artifice, tenacity and control. From above to below, from outside to inside, from cold to hot, the artist leads us on a perceptive journey along the liminal balance between organic and inorganic, a fundamental investigation for all of his artistic inquiry.

The works are completely new, with the exception of the “Estati” (Summers) series, which serves as a link with the artist’s prior production. The new works launch into an exploration featuring aquatic objects. The entire exhibit stems from a close collaboration with the company Allu.Fer Tempesta, which produces yacht accessories. The artist came to the company’s Sezze factory to link his imagery to real objects. These objects, now decommissioned, but still remarkable for their nautical purpose, are mostly fixtures that, “reinvigorated” as precious sculptures, contemplate the concept of passage in themselves.

In the first pair, 1° Letizia (2020) and 2° Letizia (2020) D’Elia uses original iron buoys from the 1950s in two painting-sculptures, where the liquid nature of water transforms into metallic matter. With Subacquea (2020), in front of it, the artist takes us below sea level, breaking a large micro-perforated vinyl billboard down into 6 fragments. The billboard was part of an existing outdoor sculpture (the work Flo, which the artist created in 2014 for an installation in Piazza Pasquino, on the covering of the work site for the luxury hotel G-rough). On the ground, we can find Heavy (2019), a drowned body like one you might find in a sunken ship: the work came together starting with the shape of the porthole of an old boat, but the passage of time has been stopped by the antivegetativa, anti-fouling, process of blue paint, which transforms the object trouvé into an exquisite abstract picture. In this sense, it also serves as a link to the cycle Estati (Summers – 2015), a large canvas where the sun has immortalized the mark of time, which D’Elia reassembles in a score of new stories. Finally, penetrating the darkness in an adjacent room, the artist places the visitor in front of the explicit meaning of the entire exhibit. As if from a deep abyss, Apnea (2019) emerges, a wall sculpture that pushes us to wonder about its possible opening.

Playing on the ambiguity of perception, Ri0 features a short-circuit of the cooling aesthetic of drowning. The key to the exhibit is the suspended state of “apnoea”, where time, a central theme in all of Davide D’Elia’s work but until now investigated in its slow flow, shortens abruptly to become liminal and opens up to unexpected passages. A clear metaphor for survival at a threshold, like what we are experiencing now, between healthy and ill, in the current pandemic. Apnoea can also represent an extraordinary precariousness, where breath is suspended to create a previously inexistent space. 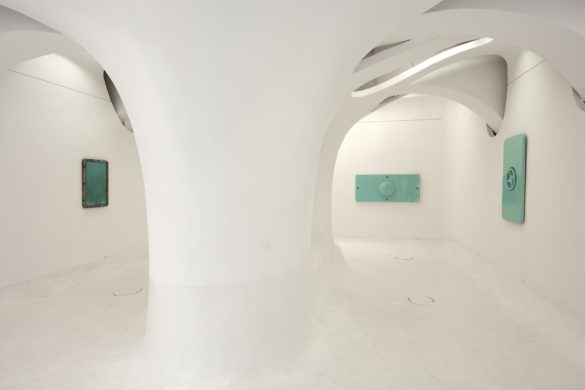 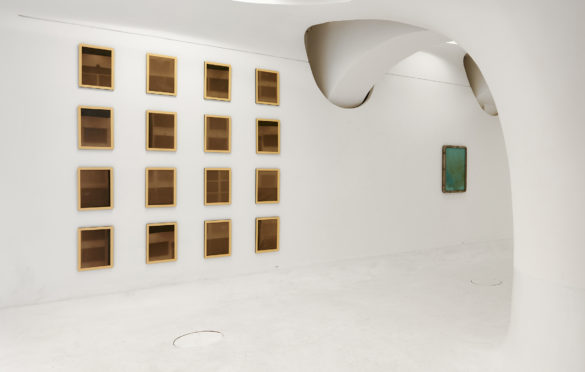 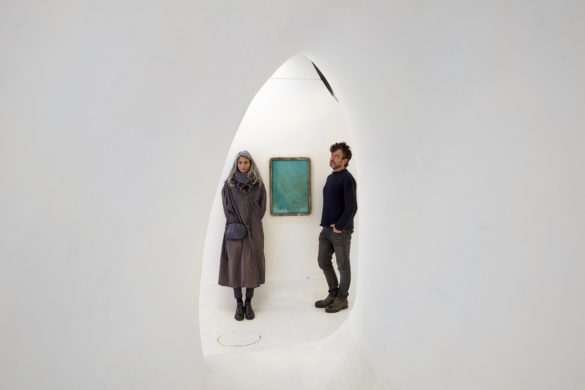 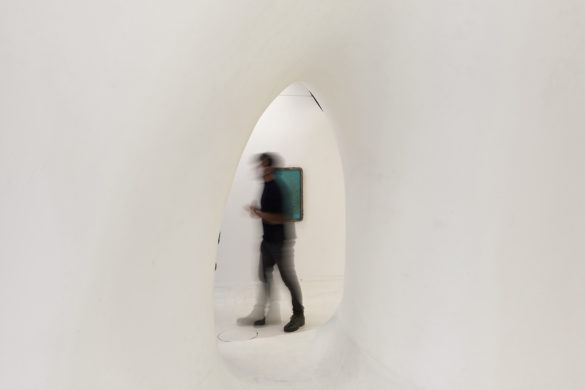 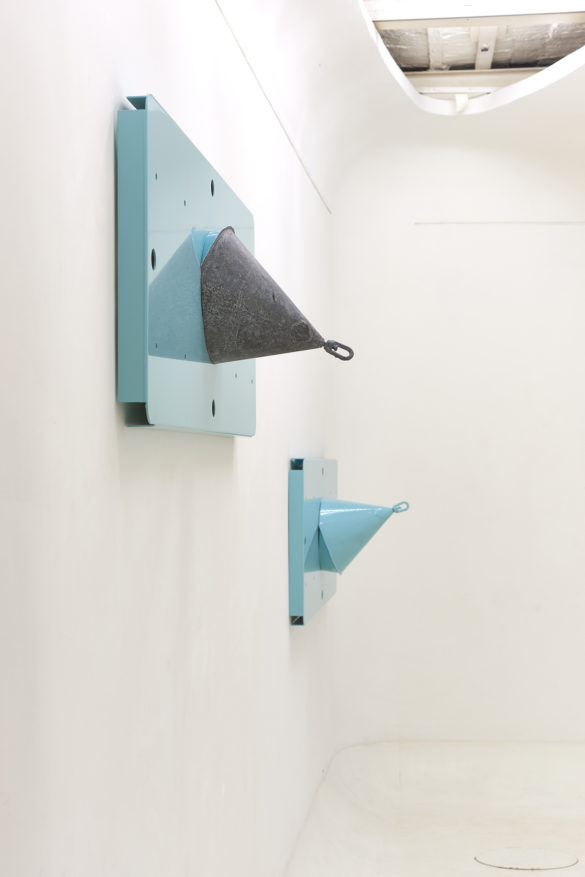 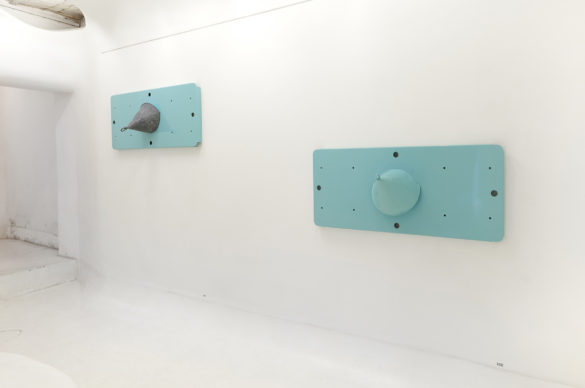 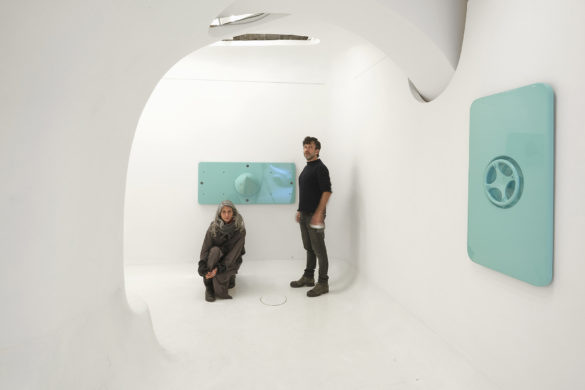 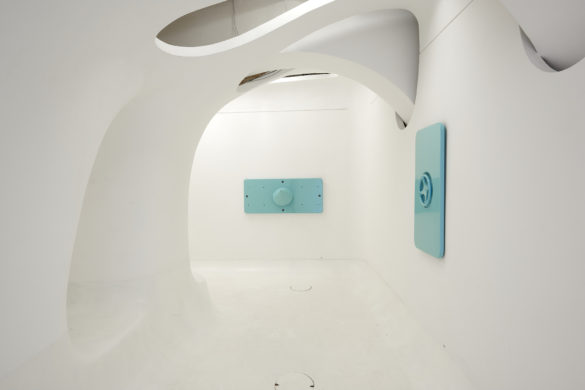 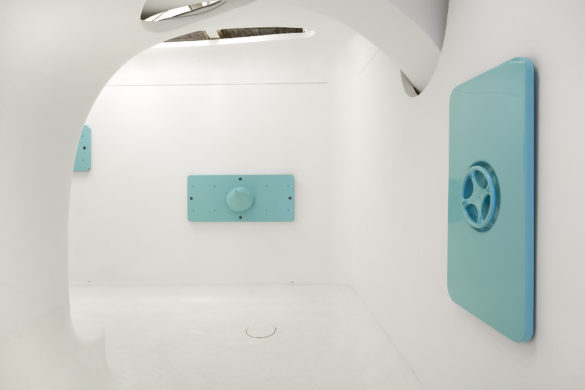 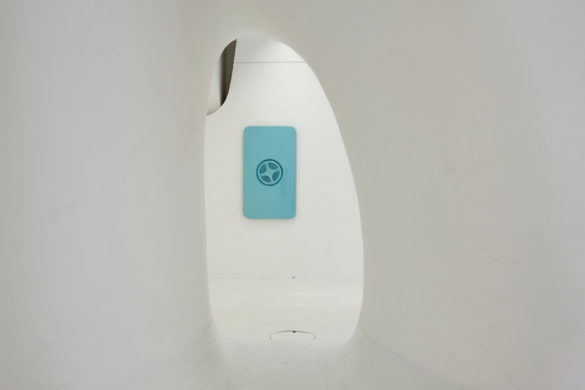 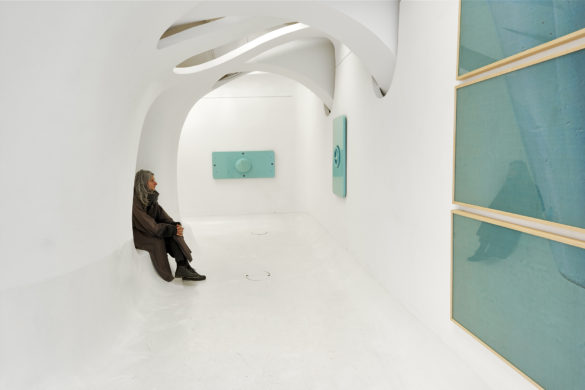 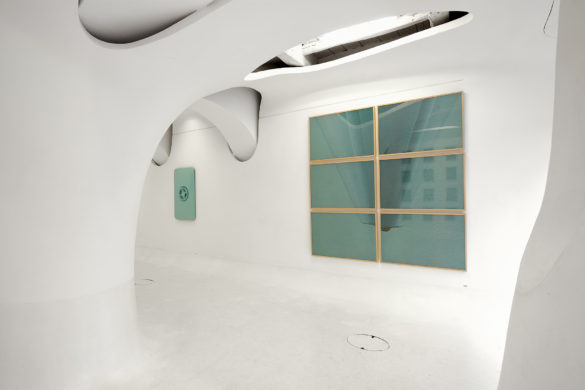 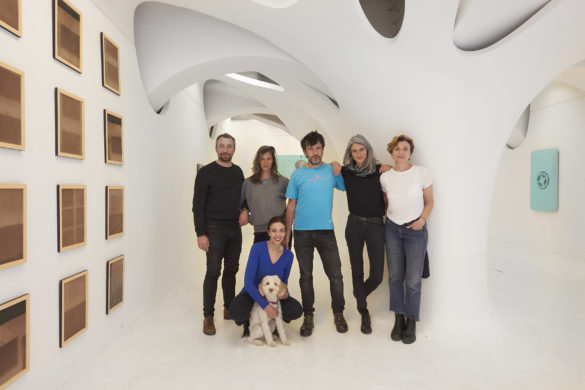