The project is a unique installation that takes up the thread of the first exhibition that D’Elia mounted for the gallery in 2010, Ieri distrattamente mi volsi a considerar altrui memorie (dalle quali mi ritrovai rinvigorito). On that occasion the artist had developed a system capable of causing mould to grow directly on prearranged spaces of the gallery. Using chemical agents and controlling the gallery temperature, D’Elia had limited himself to waiting for bona fide fungal proliferations to develop. The gallery, then, presented itself marked by these moulds: they themselves were the work on display. In that first installation D’Elia’s purpose was to show the “invisible”, that is to say the presence everywhere of life and of the passage of time.

This time the artist operates in the opposite direction: he employs the antivegetative; antifouling paint, a kind of paint used above all on ships and boats to stop the growth of algae, coral and mould on the hull. The protagonist of the work is still the gallery itself, transformed into an inhabited space and ideally semi-immersed in the antivegetative: pictures, sculptures and furniture all appear in the grip of antifouling paint, coloured its typical aseptic green, almost as if to block any proliferation of life.

With ANTIVEGETATIVA Davide D’Elia presents a project born out of the opposition between organic and synthetic, living and aseptic, hot and cold, formal and informal.

The exhibition is rounded off with a critical piece by Giulia Ferracci. 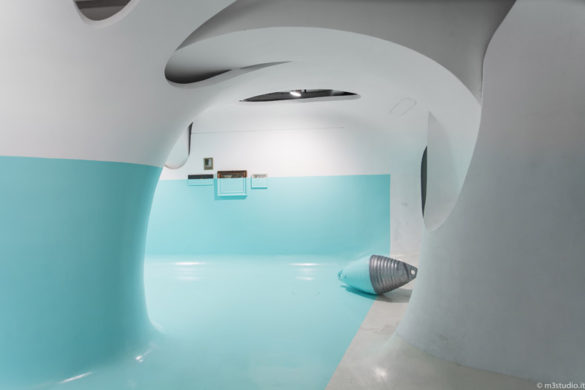 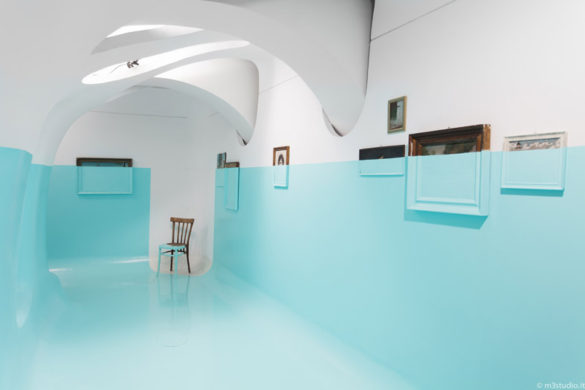 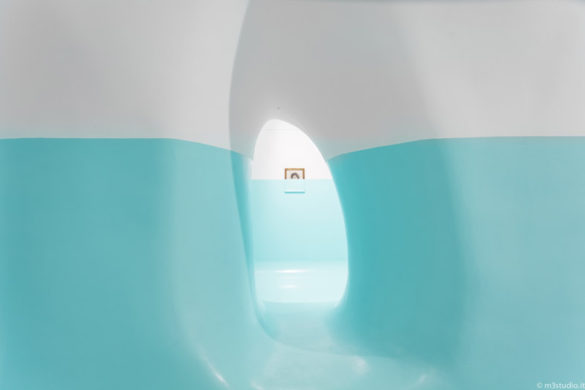 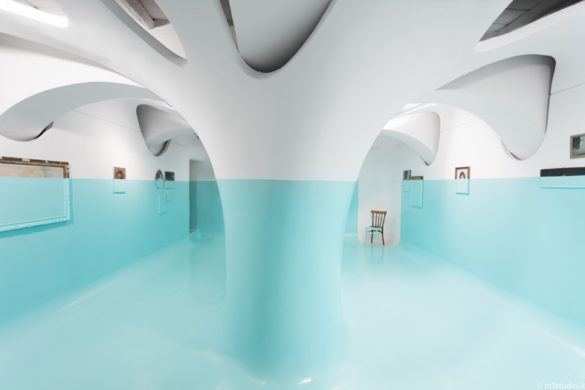