On March 12th 2009, in Rome’s most ancient and popularly rooted heart, EX ELETTROFONICA is coming into being: an event that marks a turning point in the architectural conception of private exhibition spaces.

Beatrice Bertini, the young curator and an art historian, wanted to interpret the space as a site of interaction between architecture and the visual arts: in fact the idea is that of calling on artists to fuse their work with the space, to create not just a reciprocal interaction but a unique work of art.

The spatial conception of EX ELETTROFONICA is the work of Alessandra Belia and Federico Bistolfi, previous collaborators of the Rome studio of Zaha Hadid, who have given life to a suspended environment, a container for art in which sensations to fuel the imagination can come to life. The indeterminacy of the shape and the absence of edges and corners generates a softened space, an organic blank limbo. A continuous skin physically envelops the structure, in a fluid space that, interacting with the art that it contains, seems in continuous evolution. A dynamic space, where art is the matrix of change.

To inaugurate this exhibition space so different from traditional galleries, Maria Dompè has been chosen: an artist who, through the choice of her sites and their transformation, builds up an intimate and total relationship with the space by means of environmental installations, sometimes of minimal duration.

For Maria Dompè the culture of the space and civic engagement are two aspects of a single journey, fused in a spiritual vision of art: in the enacting of a secret conversation between the space and the artist, the work comes into being for the site and with the site already chosen.

In the vision of Dompè the site possesses a kind of thought, with which she manages to establish a dialectic of interaction. Together with this, the message of the artist also extends to social engagement, to “moral altruism”.

In this way the work becomes a message, a perceptive stimulus to revive a humanity often indifferent to the great moral themes and to social injustices. 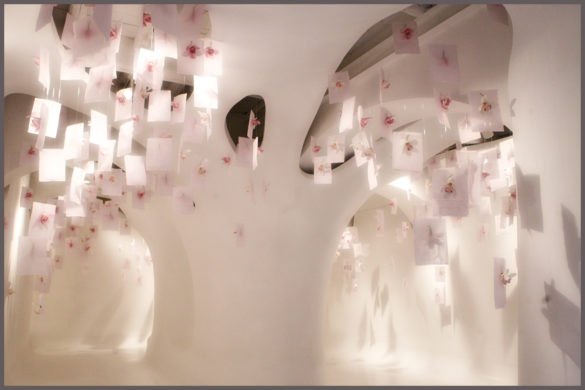 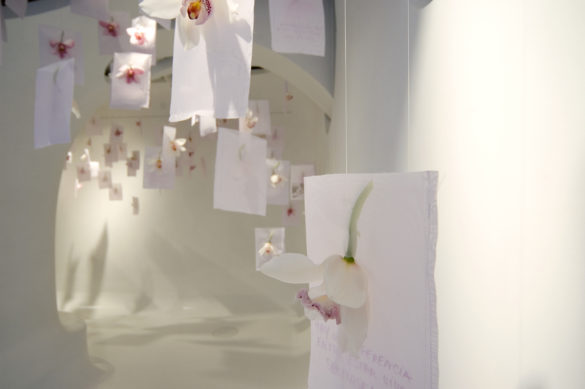 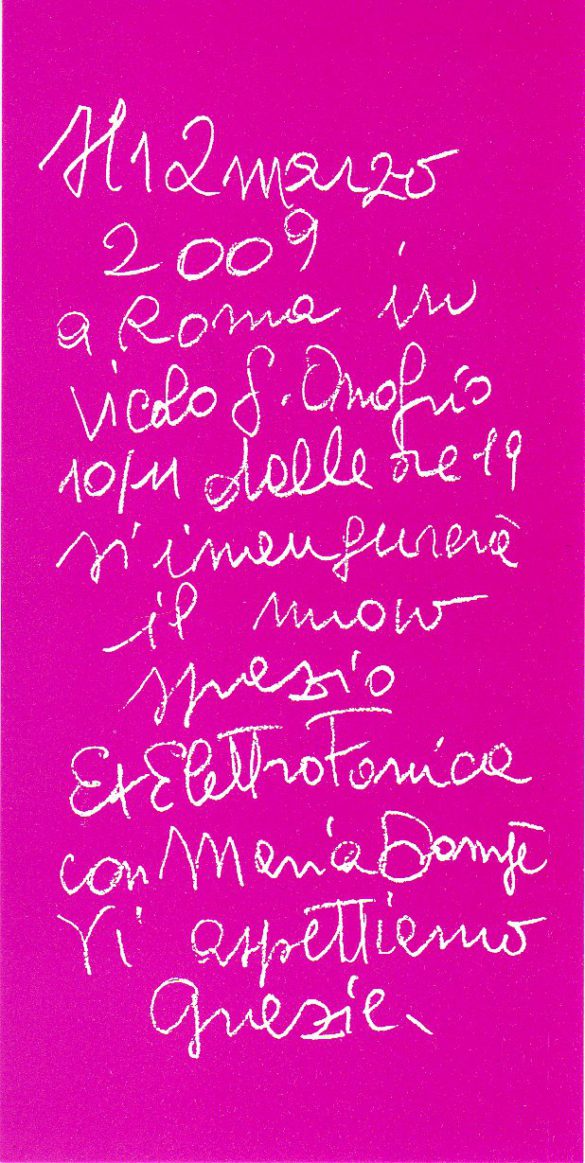