For the XXIV Winter Olympic Games, the Italian Olympic Team will find its celebration at Casa Italia. Through the story of Italy, Team Casa Italia will accompany all Italian athletes during the days of the Beijing Olympics. Art is called to enhance this experience with Millium, a travel project, understood in its real and imaginary value as a metaphor for the journey that man takes inside and outside himself to always reach new goals.
The boundless territories that the project investigates are the real ones, of countries that today due to the pandemic are returning to be far away, the planetary ones of science and science fiction, the virtual ones of the World Wide Web, finally the inner ones of which the journey is always the metaphor more fitting.
Marco Polo (1254 – 1324) is probably “the most famous traveler of all time”. The Million has been defined as “the geographical, historical, ethnological, political, scientific description of medieval Asia”.
It is assumed that ‘Million‘ is the multiple of ‘mile’ (in Latin milium), an ancient traveling unit of measurement corresponding to a thousand steps, since Marco Polo made much of his journey on foot. The figure of Marco Polo is very present in both the Italian and Chinese collective imagination and for this reason he is the starting point for the Casa Italia project at the Beijing 2022 Olympics.
Laura Pugno Primati’s work consists of 6 flags celebrating as many plant species raised to signal the height record reached by these plants. Only apparently celebratory, the flags remind us that the record of height reached by vascular plants due to the thaw is an alarm of how the balance of the earth has been changed by human activity.
Laura Pugno, Primati, 2018, 6 flags 100×150 cm each, Courtesy Peola-Simondi Turin.

In the entrance lounge we are welcomed by the work of Rino Stefano Tagliafierro “Love in three songs of the Comedy.” The video-journey takes us from Hell to Purgatory to Paradise through a digital elaboration of the lithographs taken from the precious edition from the Divine Comedy illustrated by Amos Nattini between 1923 and 1941. The video, accompanied by music composed by Alberto Modignani, manages to bring us into the atmosphere that the Genoese painter Nattini had imagined at the beginning of the last century, with a captivating and poetic language capable of reifying its deepest meaning.
Rino Stefano Tagliafierro, The Divine Comedy, video installation in three acts.
Direct citation of the Million is the work of Elena Mazzi “The description of the World” which takes inspiration from the illuminated code by the Master of Egerton that illustrates the book by Marco Polo. The artist selects the illustrations of the code, purging them of religious, political and war scenes, bringing to our attention the landscapes, the architecture, the surreal characters, the fantastic animals, effectively giving life to a new narrative. The final result of this process is an exploration deprived of material interests, which lets the spirit of the journey emerge as a discovery of the unknown and curiosity for all that is other than itself.
Elena Mazzi, “The description of the World”, 2022, environmental dimensions, drawing print on the wall.

The photographs of the “Foreign Farmers” project, which Leone Contini brought to Manifesta 2018 in Palermo after ten years of collecting seeds and stories of agricultural production around the world, show the harvest that took place after the experiment of acclimatization and cohabitation of varieties of migrant plants in the Botanical Garden of Palermo where the cucuzza (a serpentine summer squash, pillar of Sicilian domestic cuisine) cohabits with its Bengali, Sri Lankan, Philippine, Turkish and Chinese counterparts.
Leone Contini, Germinability_Foreign Farmers, 2018, Palermo, 2019, Sprouted Debris, 2019, Roving Seeds, 2016, Mid Summer Harvest_Foreign Farmers, 2018

“In the Italy From Space” image of astronaut and engineer Paolo Nespoli, ESA seems to echo the words of one of his interviews: “After being in space, you are a better human. The universe offers no answers, but amplifies what you believe in. You see that in the end the planet is a piece of land. From up there it is difficult to see geographical borders. The only very clear limit is that of the atmosphere. We must try to preserve that small and delicate border ».
Paolo Nespoli, Italy from Space Image taken over northern Africa looking North International Space Station – ISS

The second image “Cupola with Clauds and Oceans” was created by Paolo Nespoli and Roland Miller and shows us the Cupola, that is to say the panoramic window aimed at the world, the interior of the ISS together with the sky full of wonderful white clouds over the ocean.
Paolo Nespoli and Roland Miller, Cupola with Clouds and Ocean International Space Station – ISS
The latest work presented is the interactive work by Franco Vaccari, “It’s nice to be Italian!” of 2020, a Qrcode that reveals itself to the curious observer by revealing the great Italian explorers in every field of knowledge, leaders, poets, writers, artists, saints, architects, adventurers, painters, musicians, directors, stylists, entrepreneurs, popes, stylists and… all the athletes of Casa Italia!
Franco Vaccari, IT’S GOOD TO BE ITALIAN !, 2020, Qrcode, Courtesy P420 Bologna 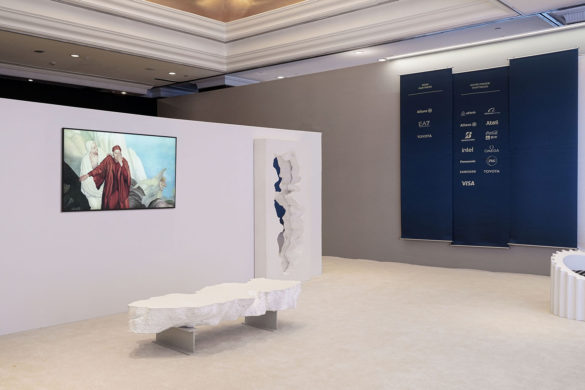 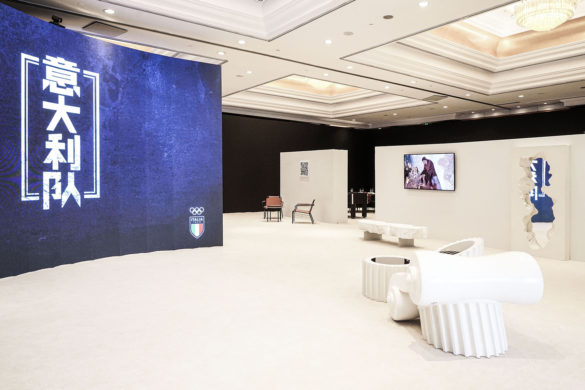 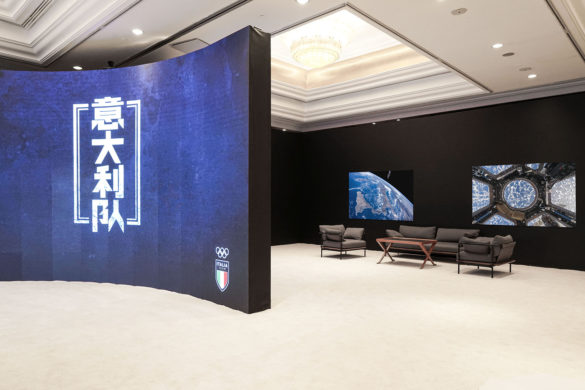 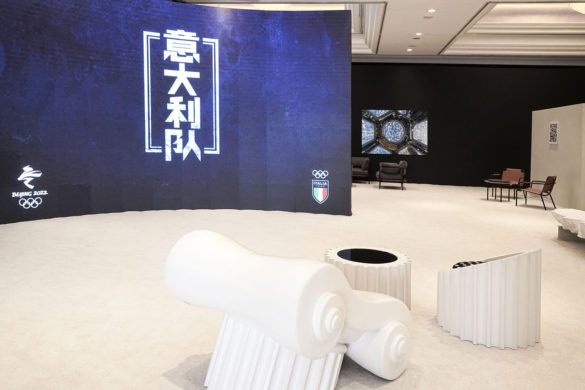 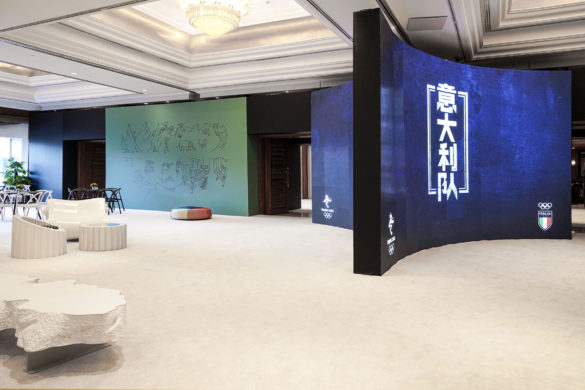 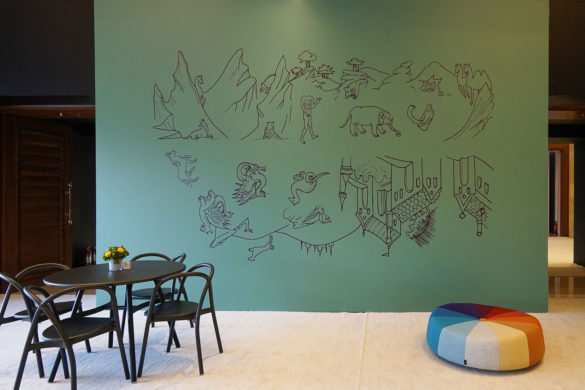 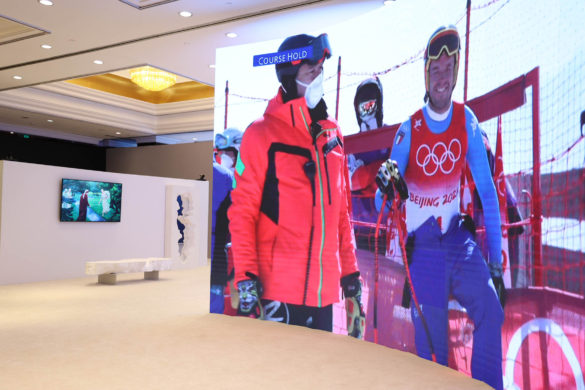 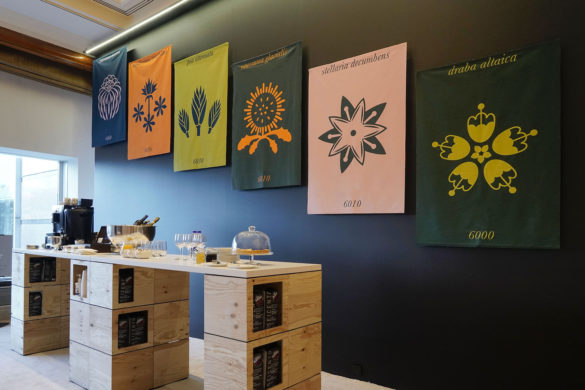 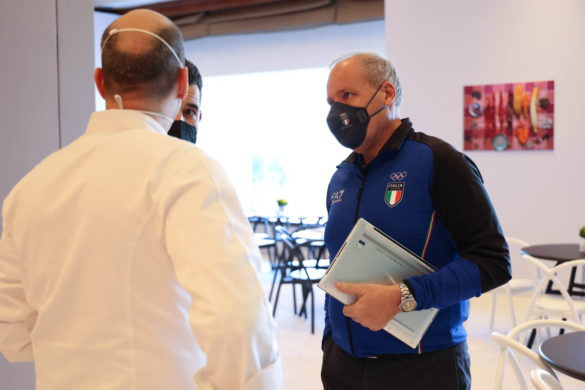 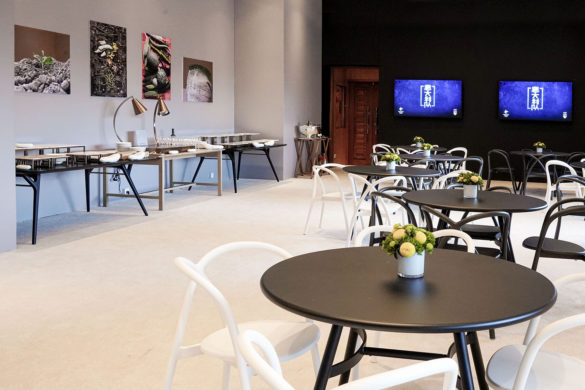 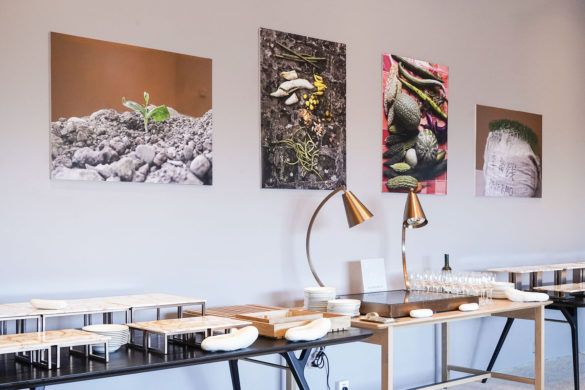