It was mid-April of 2010 when all the newspapers and radio stations spoke only of the latest Eyjafjallajokull eruption (Eyja ‘islands’; fjöll ‘mountains’: ‘mountains of the islands’, because 30 km south-west of here are the Vestmann islands). 63,000 flights cancelled, only in Italy one million passengers stranded and 9 million on the whole continent, 10,000 tons of shipping goods stopped, one and a half billion Euros lost in damages by the airlines[1].

While, as Claudio Giunta writes, 99.954% of the world population had the chance to enjoy the kind of pleasure that Immanuel Kant calls ‘dynamic sublime’: an overbearing wonder of Nature contemplated quietly in one’s own living room during supper time, for Ottavio Celestino the time had come to end the report that he had begun several years earlier in Japan[2].

We can piece together the scene that the photographer must have witnessed from the chronicles contained in the main global newspaper headlines. The volcano, erupting directly from the centre of the glacier caused an accelerated melting and the water, flowing furiously downhill, dragged with it lava and mud for tens of square kilometres. Furthermore, the eruption produced a silica cloud which deposited a thick cover of gray dust on everything.

All of these elements emerge in their dreadful reality from the shots taken by Ottavio Celestino in various areas of Iceland (Reykjavik, Hverageroi, Geysir, Skogar, Ingòlfsfjall, and Hafnarfjorour). Nonetheless one can trace the same relationship between humanity and stepmother Nature through the pictures taken in Lapland (Nasijarvi, Kemijarvi, Yli- Kitka, and Poulanka Oulujarvi), Finland (Vammla, Rauma, and Pyhajarvi) and Japan (Kanaiazumi).

As we glide through the pictures, we are immersed in contemplative landscapes where, dissolved in a thick fog, men play soccer on the snow and the birds above seem to follow their movement,. The sense of desolation and solitude overtake the human through the horizontal and static whiteness of the snow, of the mud and of the gray sky. In some of the snapshots, there are small clues that denounce the existence of man as a miserly tractor on the escape route, trampoline, and some lighted lampposts. Every now and then, the human element violently mangles the horizontality of the panorama through the vertical lines of the electric cables. The setting in other images is so suspended and metaphysical that they seem painted: the muffled clouds appear to be made up of the same substance as the snow while rocky plates float as if on the opening of a river. The wait is perceived by looking at the snow-covered bench and a man straying off into nothingness; some confusion when looking at the pier submerged in snow. An old lady emerging from the sea poses the question about our frailty.

The pictures displayed in the exhibit show man juxtaposed in fierce struggle with a completely inhospitable and tyrannical environment; the landscapes are contemplation of the interior life; an allegory for the longing common to all. The few human beings allow the observers to identify themselves, feeling and seeing by their presence the contrast between human finitude and the infinity of Nature.

The encounter with Nature is therefore man approaching infinity, approaching that immense greatness that terrorizes and attracts at the same time. In the Critique of Pure Reason, the aforementioned Kant, explains the relationship with a hostile nature precisely through the concept of the Sublime, understood as a sentiment born in us from something menacing which humans fail to control, but at the same time to which we feel strongly attracted and galvanized. Since the soul is at the same time seduced and rejected by nature, the pleasure of the Sublime is defined as a «negative pleasure».

While in Kant, the disorientation of the Sublime quickly gave way to the mathematical sublime, that is the recognition on the part of humans of their superiority in so far as they are the only beings in creation capable of acting morally, in the work of Ottavio Celestino, the negative power of nature does not give any hope of outdoing it. The illusion of dominion over the earth which this our scientific age contemplates as the only possibility is placed again in question by the continual cataclysms of the last several years.

In 1824, Giacomo Leopardi had perceived perfectly the unconcern of nature before the always failing human attempt to dominate it:

In the end, I don’t remember having lived a single day of my life without some pain […] I realize that suffering is so fateful and necessary as is not to enjoy; It is as impossible to live quietly in whatever way, as is to live un-quietly without misery: and I am resolved to conclude that you are a declared enemy to humans, and to all other animals and to all your works; now you undermine us, now you threaten us, now you assault us, now you sting us, now you beat us, now you lacerate us, and always you either offend us or persecute us.[3]

In the days of Eyjafjallajökull the chronicle of Massimo Fini brings us back to the same reflection:

I am rooting for the Icelandic volcano Eyjafjallajökull. It is well that, Nature, indifferent, impartial and morally amoral, every so often remind man, who in his crazy hubris [sic] is becoming the most stupid beast in creation, that he is not the lord of the world. The Icelandic volcano had already exploded with the same violence two hundred years ago, but no one realized except the few inhabitants of those far-off lands. Today it is paralyzing the whole planet. Airplanes did not exist back then. But it is not a purely technological question. Already in the 1st century BC, the Greek philosopher Posidonius knew that any event in any part of the universe affected something else in the universe. We moderns have turned what was only a conceptual intuition into a concrete reality. We have created a system that is so complex, so integrated and universal that any negative event in any part of the world obstructs it […] Any machine with a little sophistication has at least two engines so that if one breaks the other picks up the slack. We have only one engine. We have reduced the planet to only one dimension, one system, and one model. This is a mistake in itself because this model is based on exponential increases, which exist in mathematics, not in nature. The day will come, and it is not that far off anymore, in which the system will implode. The fall of a needle in Japan will suffice. Only the few people which remained outside of it will save themselves. The indigenous people of the Andaman Islands, for example, who although were the closest after the island of Sumatra to the epicentre of the Tsunami, suffered neither death nor wounds. This is because they never accepted to contaminate themselves with ‘progress’ and instead of trusting obtuse technological instruments still know how to look at the sea with human eyes, listen to it with human ears, feel it with a human heart. Go Eyjafjallajökull! 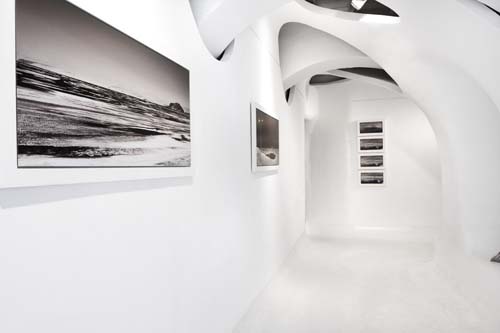 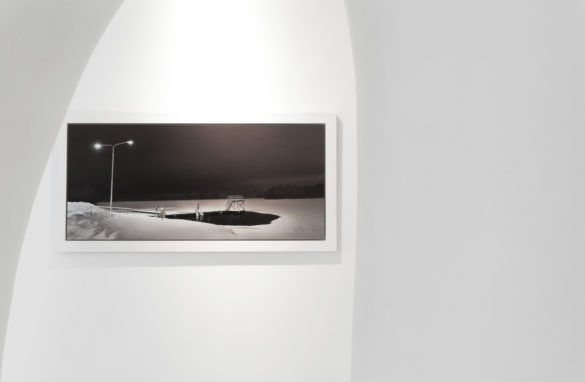 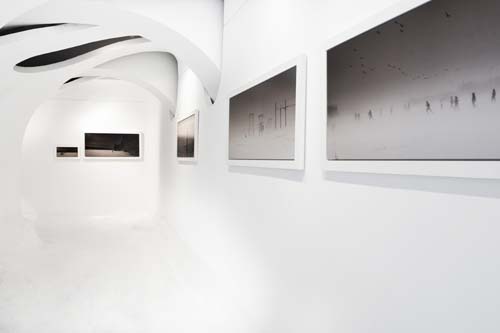