The enquiry of Stefano Minzi (born in Milan in 1976 and living and working in Berlin) concentrates principally on two seams: one, personal and family memory; the other, blatantly political. The starting point is always the photograph, whether it be taken from a family album or ‘stolen’ from media like televison or the Internet. The photographic image is then transferred onto canvas or paper through a planographic printing whose matrix, made of paper and so perishable, contradicts in its making the basic principle of engraving; that is, its seriality.

To the media icons and family images, Minzi has recently added a third element, which pervades each of his works: astrology and the different symbolic meanings connected with colours and forms.

For the Ex Elettrofonica space Stefano Minzi proposes a previously unseen work with, at its heart, a large cloth snake that winds around the central tree of the gallery. The snake – placed forming a circle as a symbol of the infinite, of perpetual return – has its head cut off, and under it are four cloth heads of four different colours and sizes. The smallest and furthest in time is Mussolini, printed on blue cloth since, in the negative association of the colour, it symbolizes tyranny. Then come Craxi – green for envy – and Andreotti – madness yellow. Finally Berlusconi, the biggest because the most recent; white as selfishness.

The four heads are on the ground, they have been shorn of their bodies and are drying out. This autumnal phase of Italy, which at the moment lacks leadership, is set against a positive aspect, represented by many figures whose personalities represent the positivity of this country: from Garibaldi to Gaetano Bresci up to Pasolini. The masks represent the other Italy, the one that struggles daily and that manages to make the difference. 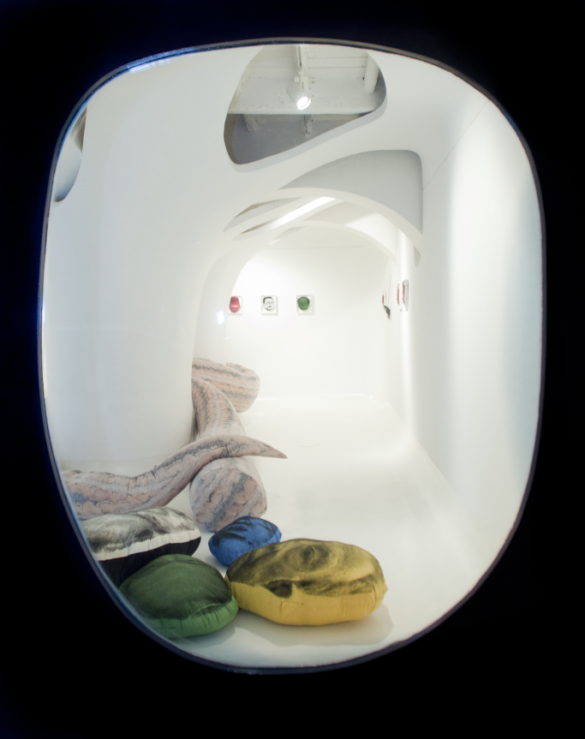 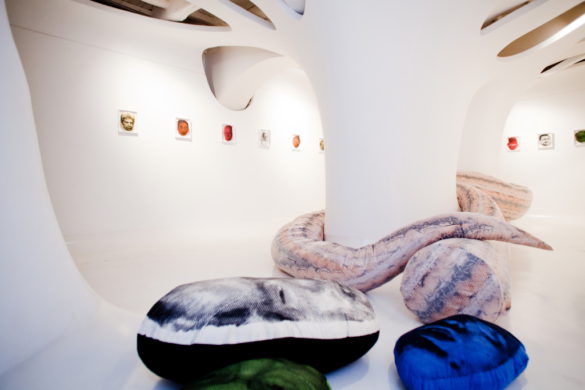 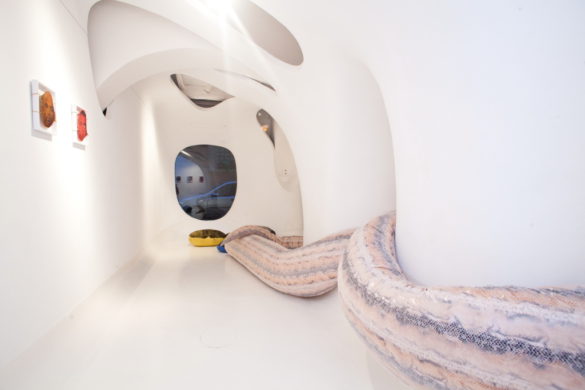 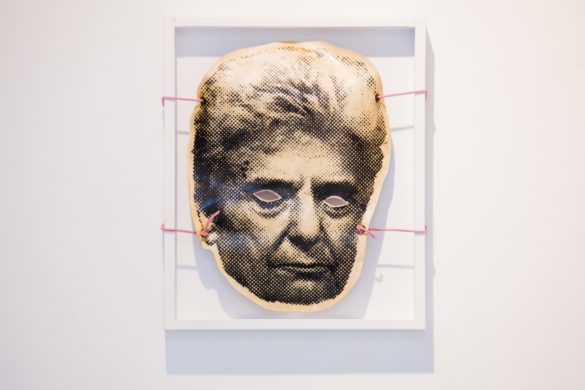 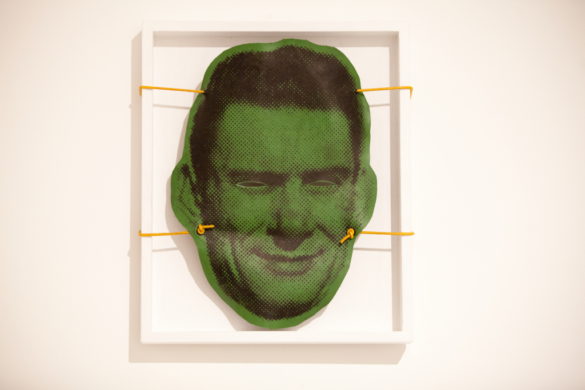 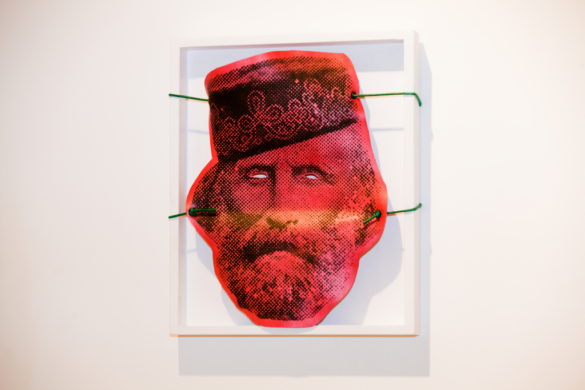 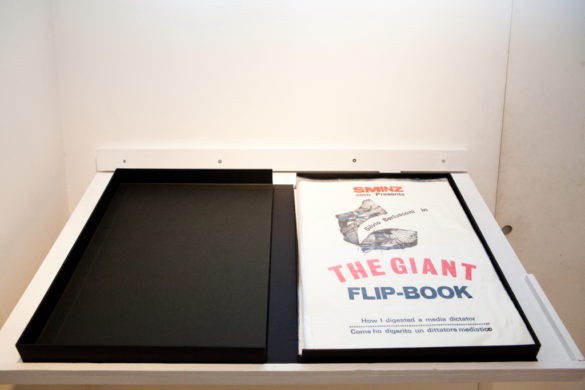 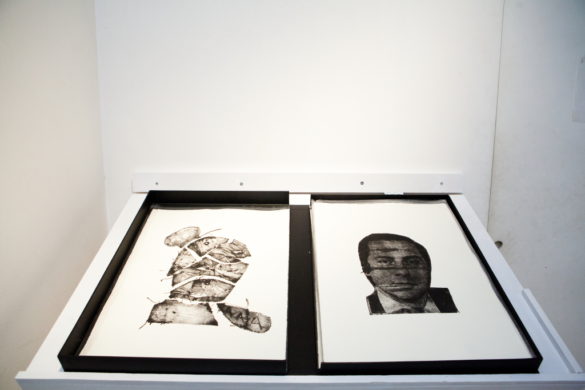