studio ASYNCHROME’s artistic practice lies in a liminal space between architecture, art and urban research, through the creation of drawings on paper and walls dealing with certain key concepts, like Utopia. The artists begin from the idea that utopia has to be understood neither as a failed plan nor as a building task. It rather serves as tool and method to work critically and artistically not doomed to failure, but as a way to change the world. The very idea of placing the Austrian duo’s work in an architecturally complex space like Ex Elettrofonica means working on various levels, where art and architecture are forced to dialogue. Rome is then added to this mix, seen through the eyes of a foreign visitor/researcher, already shaped by prejudices, common places and romanticisms.

studio ASYNCHROME developed the final project, called Urban Vision 2.0, following a period of research in Rome in November 2017, when they visited the city (from its historical sites to its outskirts), and also communicated with representatives (artists, historians, curators) whom they asked questions leading to further queries like: What does urbanity, vision and above all 2.0 mean for Rome? How do local events connect with global / European trends? Which circuits contribute to (not) work? Could chaos be potential? Which levels should be combined in the drawn conversation of past, present and future?The result is a dialogue between the various parameters (temporal, political, social) that distinguish Rome as a place where even paradox is constantly changing its connotations. A city/chaos where sometimes it seems that only intuition, and a certain kind of attitude, can stimulate continuous possibility of success.
In a generic dystopian atmosphere of approach to the future, studio ASYNCHROME faces utopia with a veiled, uncertain, questioning, but always constructive, lens. The title of the exhibit refers to the name of a famous company in the sector of sponsored restorations of buildings and monuments – Urban Vision – and is ironic about the concept of 2.0 and how Rome can be updated when the dialogue between the various players is in constant flux. In the gallery, this basic idea is made explicit by the interaction between the works on paper, on the wall and the animated drawings.

studio ASYNCHROME is a multimedial and multi-disciplinary due founded in Graz in 2013 by the architects, designers, photographers and painters Marleen Leitner (1986) and Michael Schitnig (1986). The works of  studio ASYNCHROME have been exhibited in various shows and institutions, including: at the Neue Galerie in Graz, the Vienna Biennale, <rotor> – the Centre for Contemporary Art in di Graz, the National Museum of Art, Architecture and Design in Oslo, Design Week in Beijing, the Kunsthaus Graz, the Steirischer Herbst festival, the House of Architecture in Graz, the ART Steiermark in Brussels, the Stadtpark Forum, the Grazmuseum, the OK – Offenes Kulturhaus in Linz and the Architekturzentrum in Vienna, in the Museumsquarter. In 2014, their comic-manifesto Niemandsräume/No mans spaces for TU-Graz press was released with the support of the Institute of Contemporary Art in Graz. 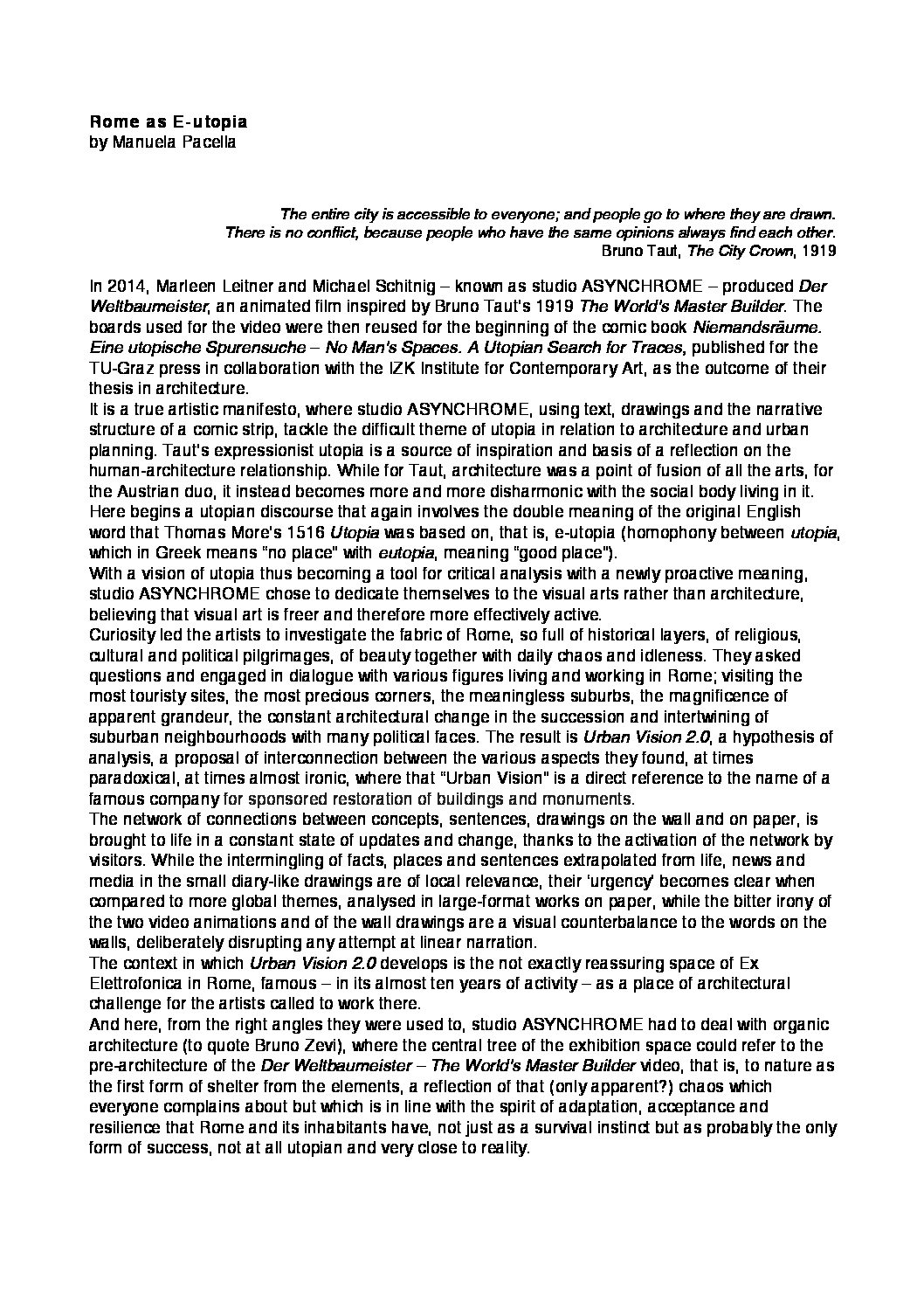 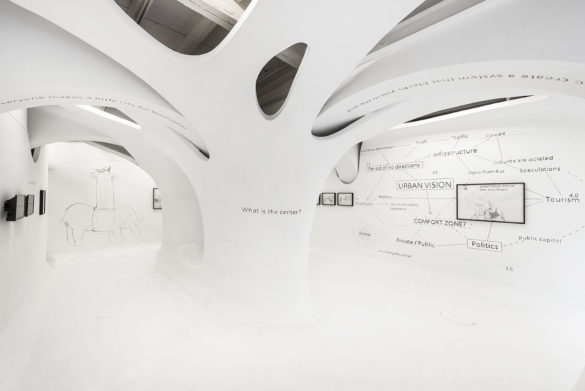 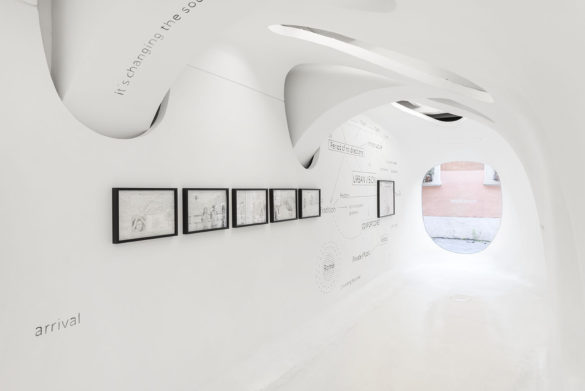 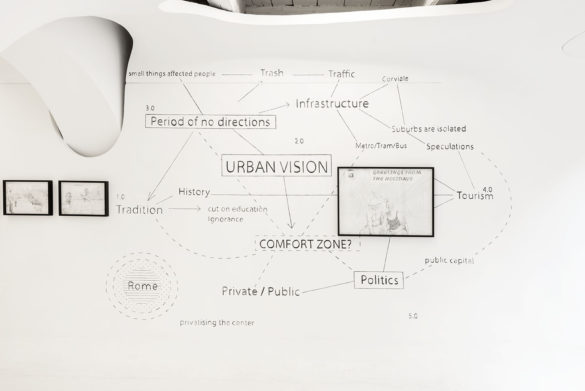 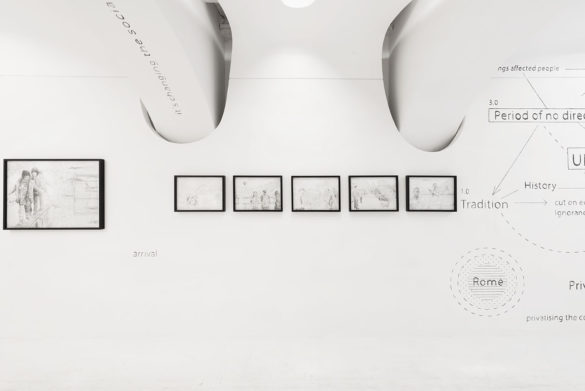 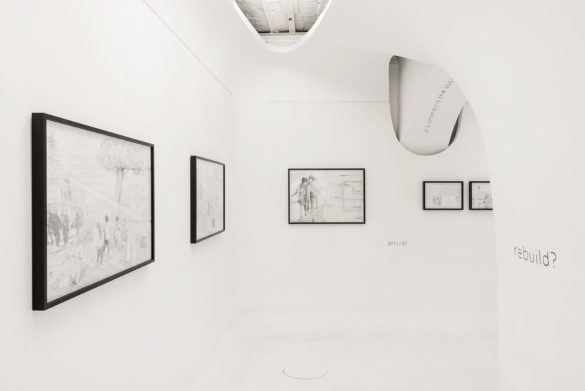 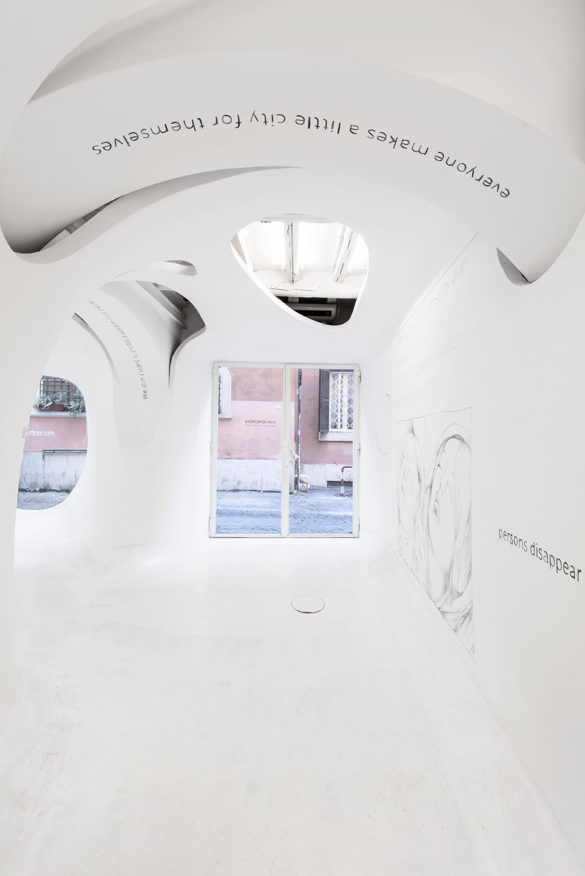 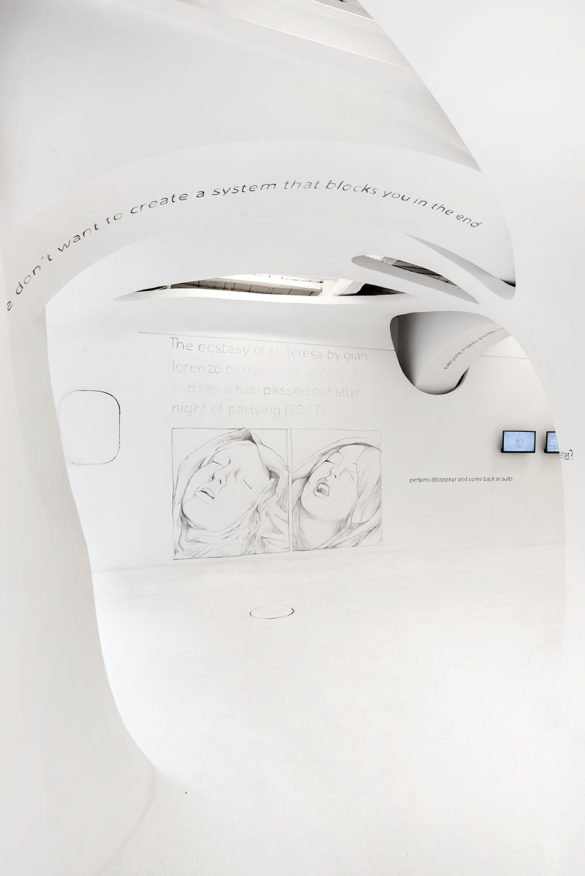 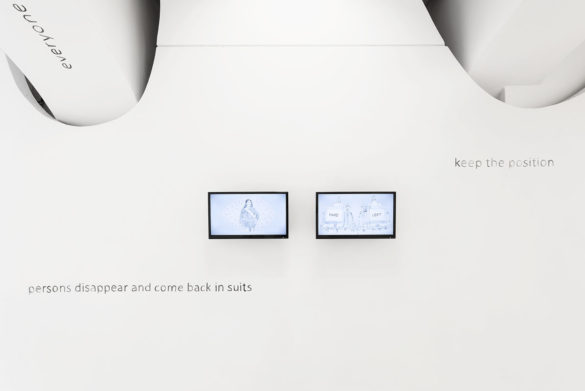 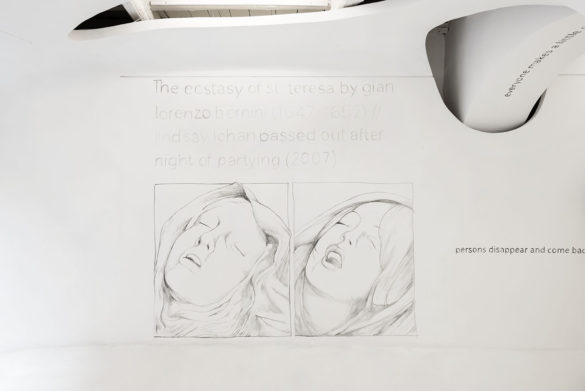 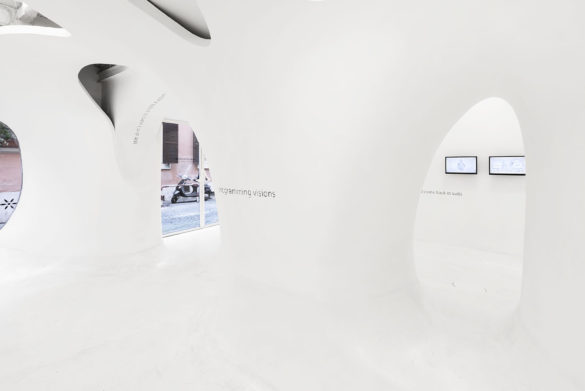 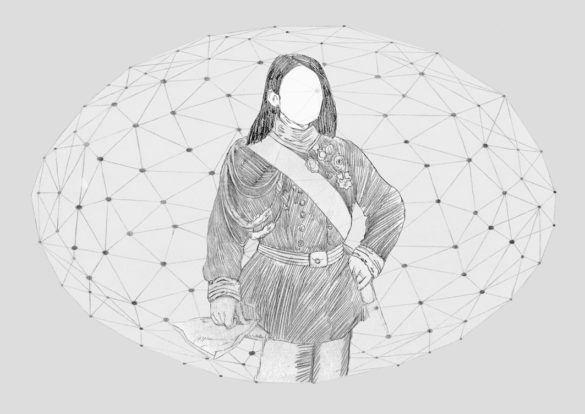 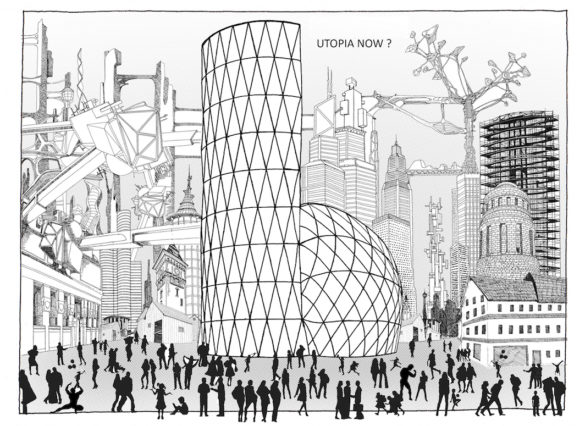 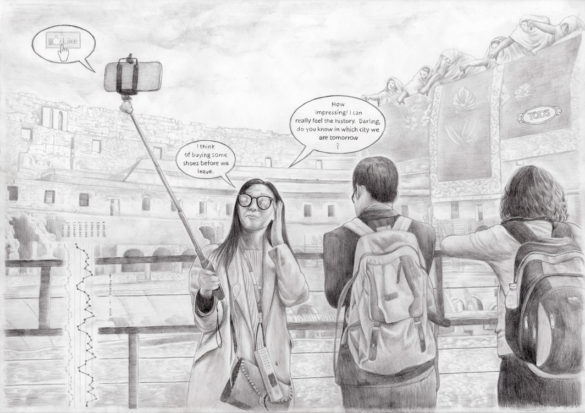 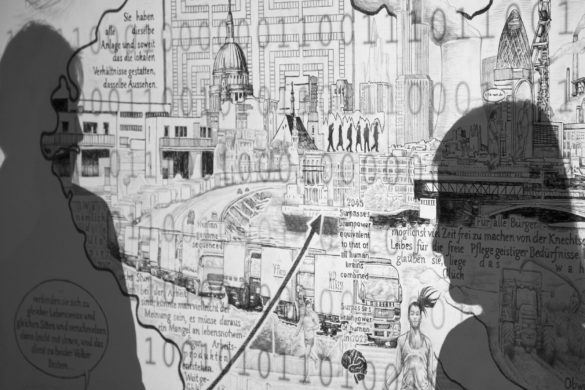 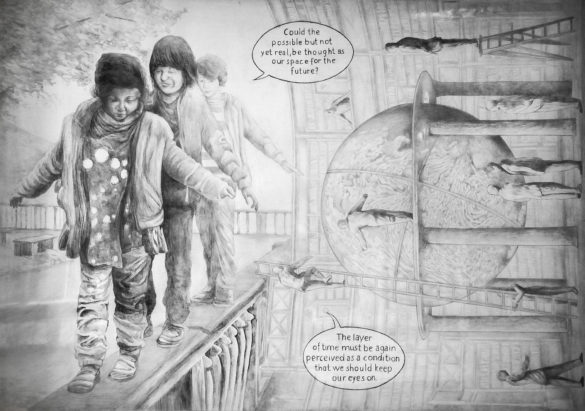 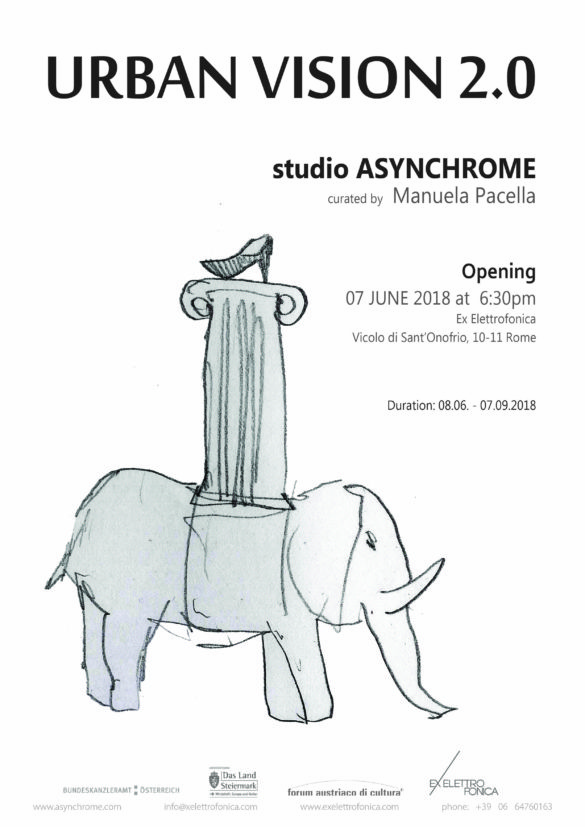