For the renewed appointment of the Internazionali BNL d’Italia, Ex Elettrofonica and Secondome are happy to present the art and design exhibition, Twiner # 7 – Street Talks, conceived for the Corporate Hospitality lounges inside the Central Stadium of the Foro Italico and for the LEA Lounge Extended Area.

The Street Talks exhibition presents 44 works by 34 ambassadors of an expressive form born on the streets, in urban and metropolitan contexts. Contemporary artists known for choosing city walls and public spaces as primary places of choice for their interventions: some with more performative experiences, made with tools such as spray cans and stencils, others by painting murals, or posting posters or intervening with installations on the urban landscape.
A tribute to the diversity of a global movement through a selection of representatives from 9 countries, works that cover a period of 15 years, which activate a dialogue between exponents of two generations – Generation X and the Millennials – and affirm the positive value of the arts visuals in metropolitan areas of the city.
Born in the seventies in the United States, writing and street art have for years been considered a counter-culture, guilty identified with vandalism. In nearly fifty years, however, they have gained an extraordinary following and the expressions that have emerged have established themselves as influential global movements. Their codes have migrated to the canvases of the most important galleries in the world, the prices of the works of the main representatives of the movement have reached prohibitive levels and the new art has become the flag of great collectors belonging to the world of music, clubbing, sport, fashion and more.
This exhibition affirms the need to look at the visual expressions that come from the road as an essential vehicle for reading current times. With Street Talks it was therefore decided to explore – in each of the lounges of the Internazionali – issues to which the representatives of the movement have paid great attention in recent years: climate change, borders and migrations, social relations, the metropolis , dissent and painting. The spontaneity and immediacy of the messages, considered and perceived by society itself as problematic nodes of our time, make this artistic form an effective and easy to use medium for everyone.

The exhibition continues inside LEA, the multifunctional space, which includes a starred restaurant, a bistro restaurant and a space dedicated to entertainment with a bar, lounge and live music, as well as a poolside cocktail bar, in its second edition. Edra, with the “Campana” lamps by the homonymous designers, the “Gina” chairs, designed by Jacopo Foggini and the iconic “On the rocks” by Francesco Binfarè, defines the mood of the internal areas, EMU, with the designed furnishings, including the others, by Patricia Urquiola, Aldo Ciabatti, Patrick Norguet and Christophe Pillet, give life to the outdoor and the new pool bar. Art and Sport have established themselves as powerful media of contemporary society.

The decision to bring street art closer to the BNL Internationals of Italy is therefore an invitation to consider the important role of both in strengthening the value system of our contemporary society within urban contexts, peripheral and not, all over the world.

The artists and designers of the 2019 edition are: 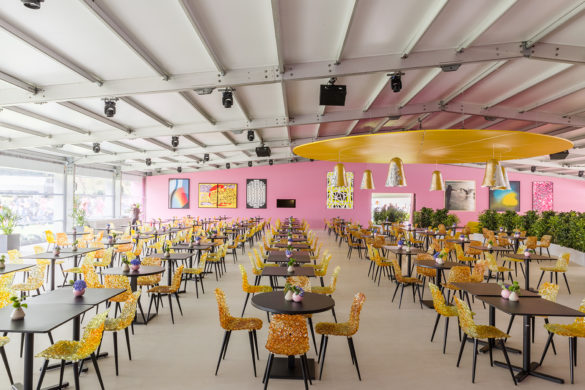 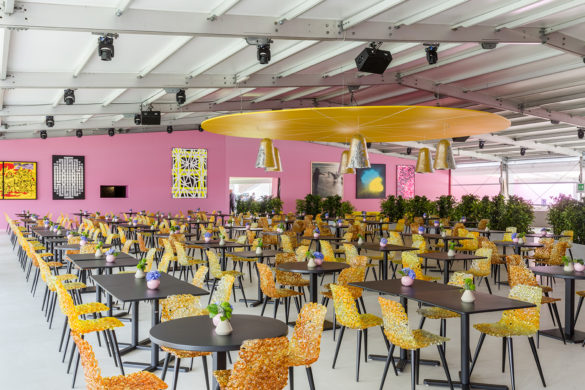 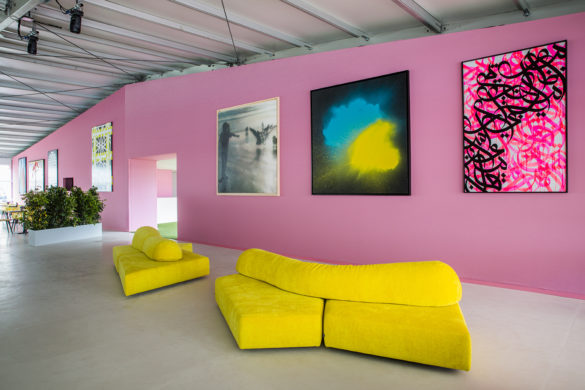 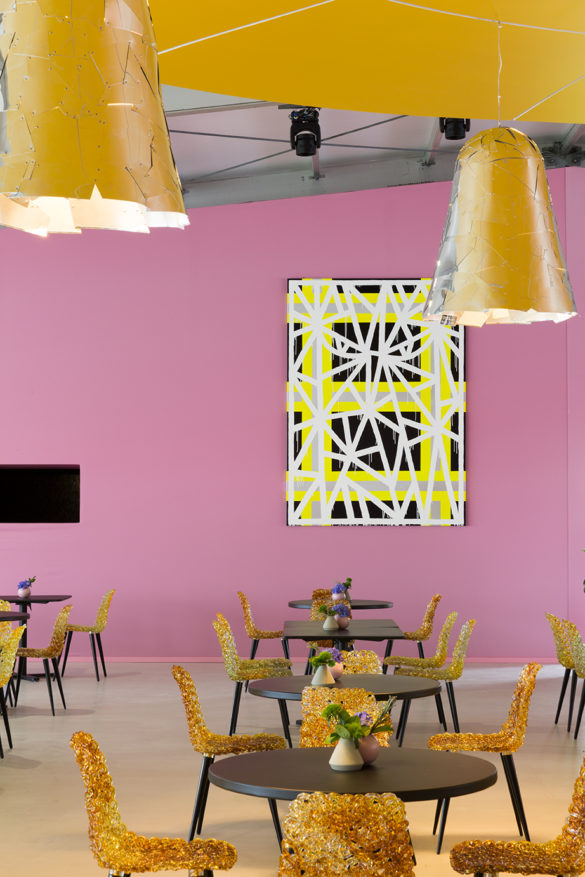 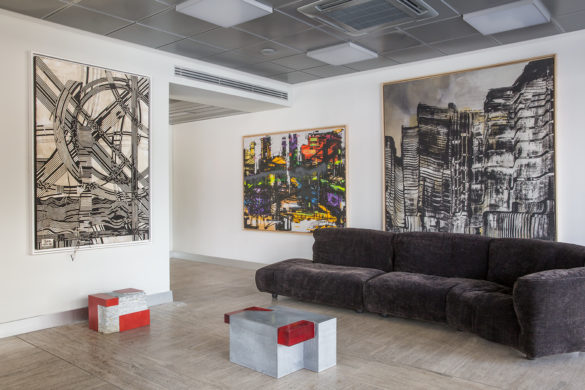 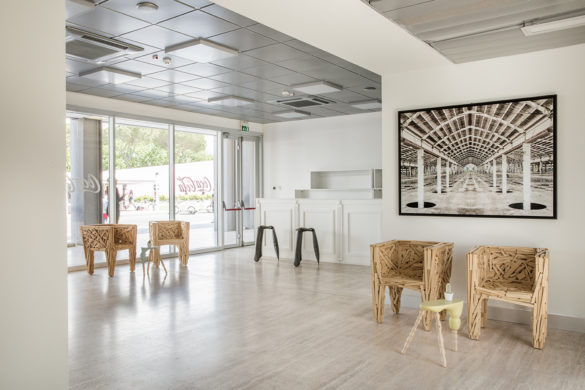 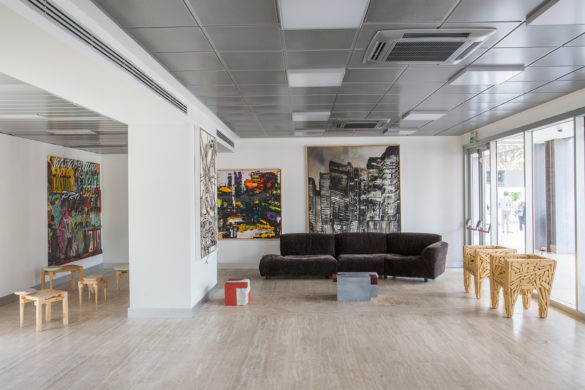 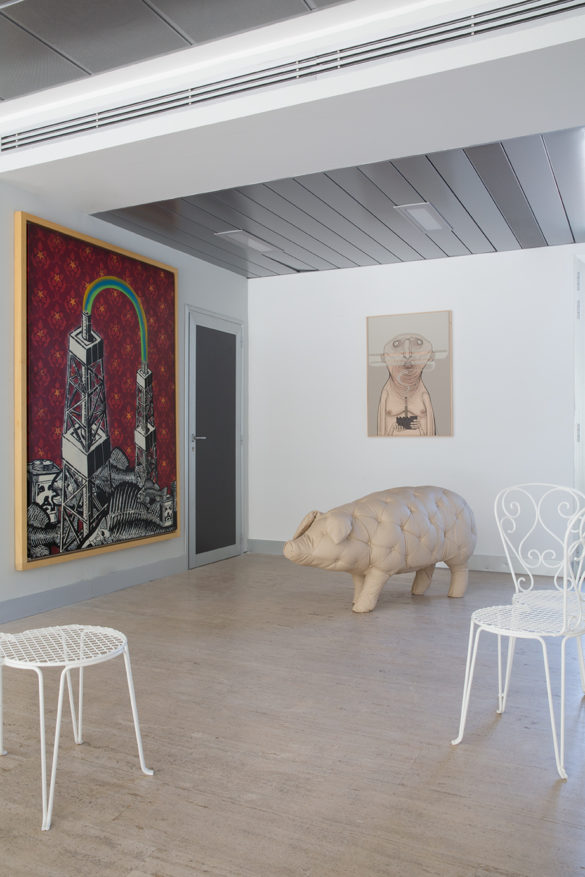 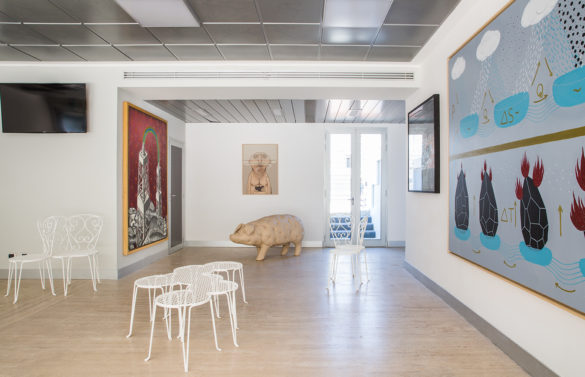 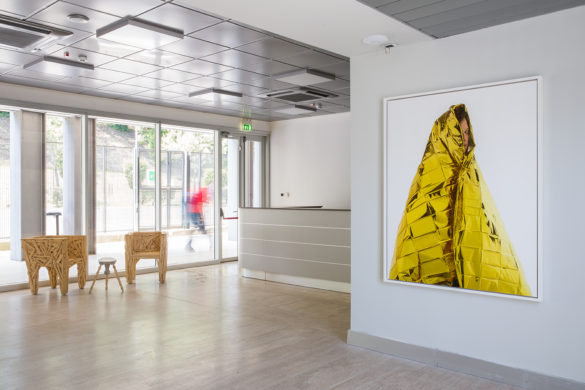 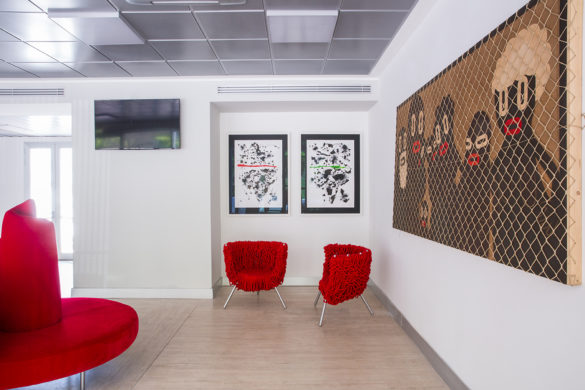 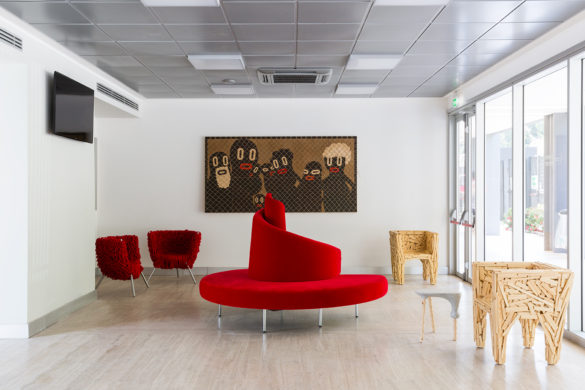 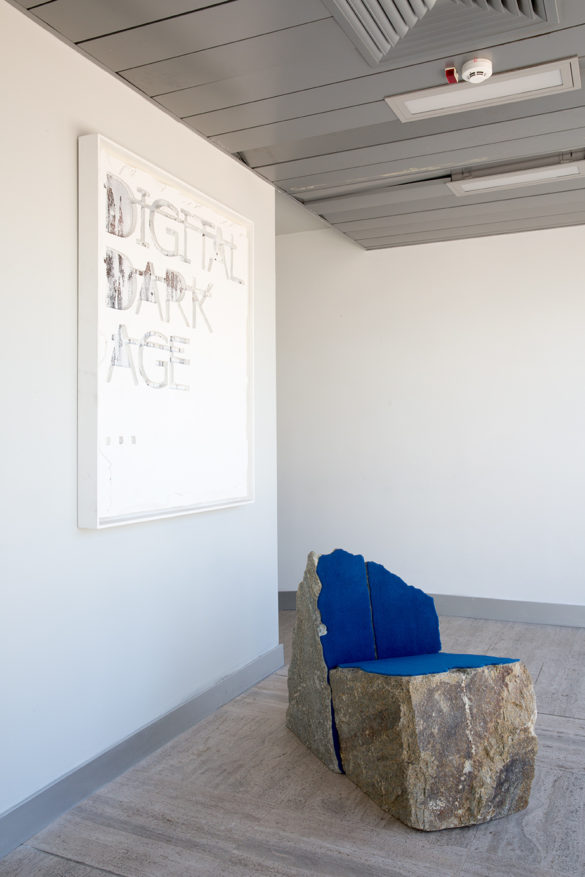 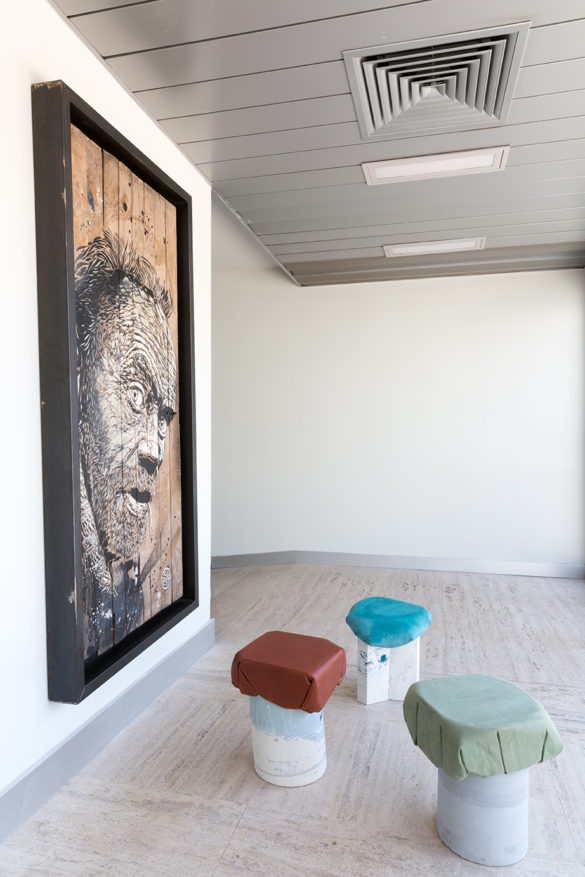 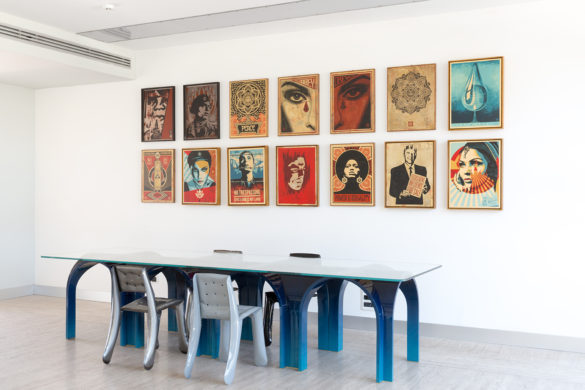 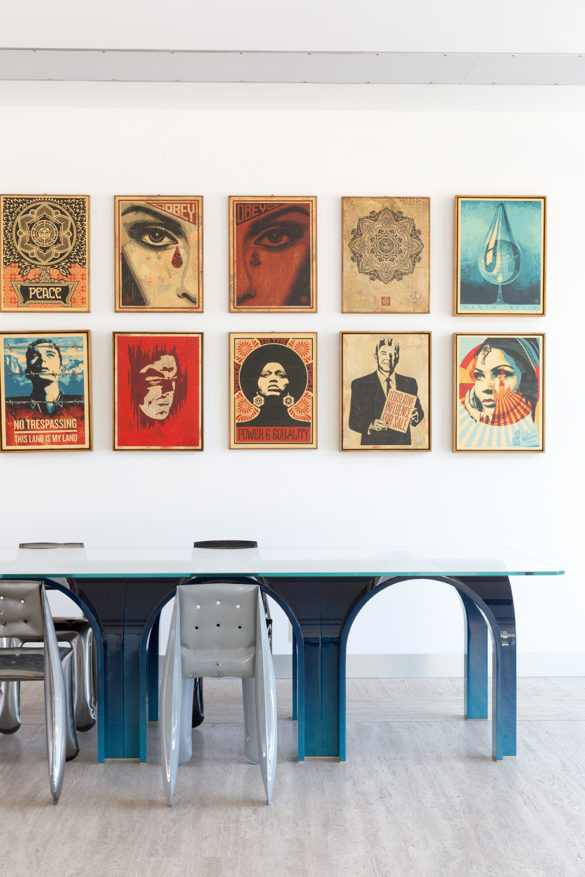 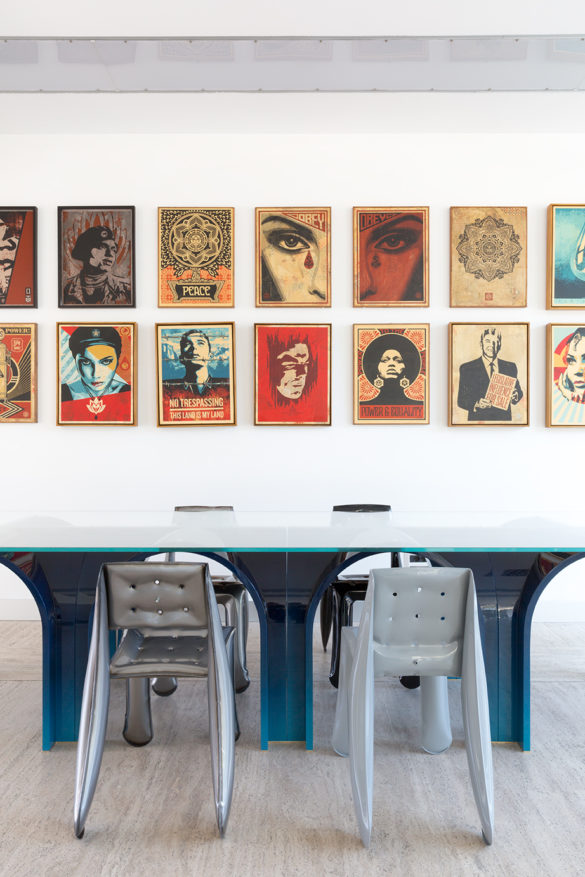