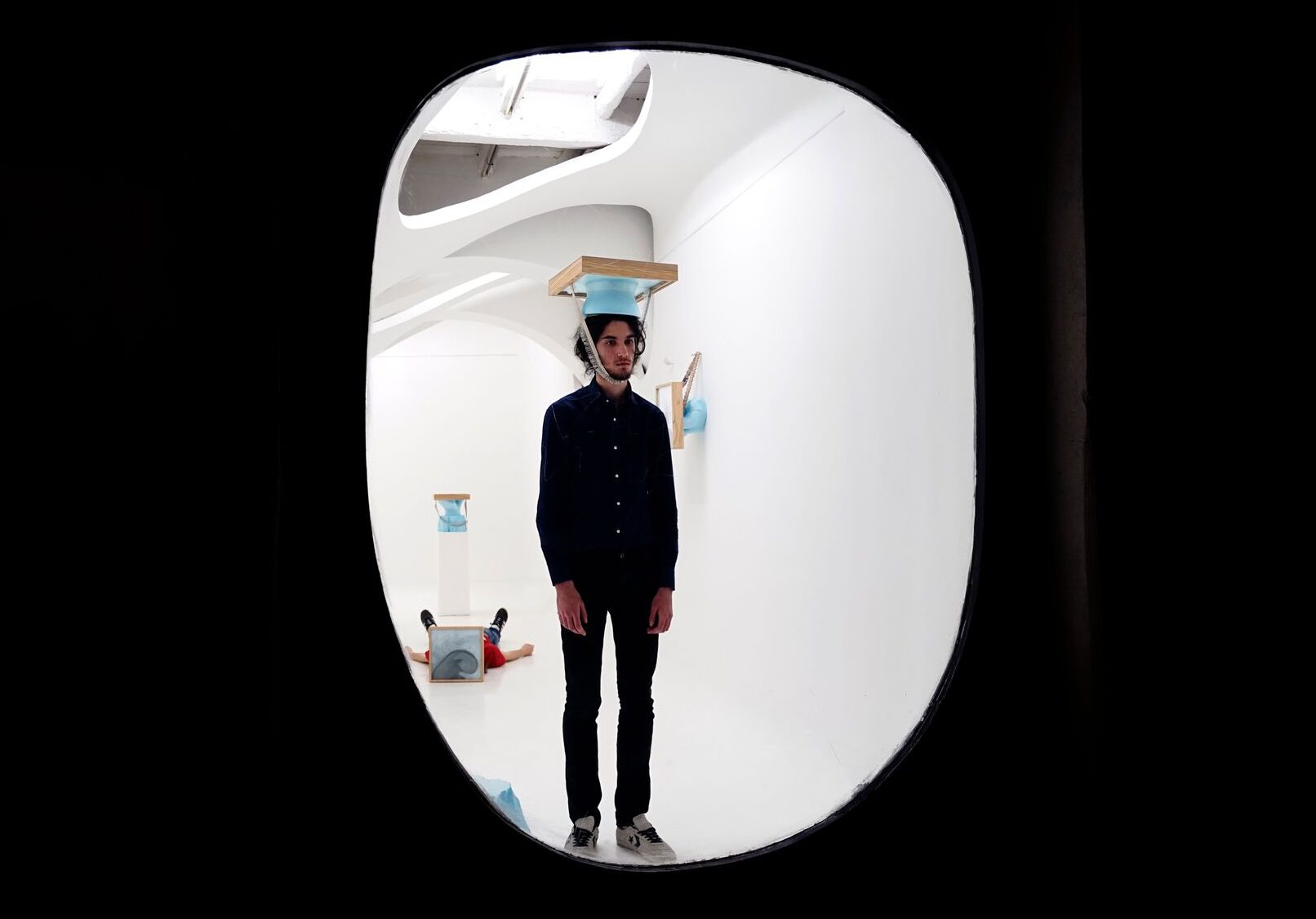 On Saturday 14th and Sunday 15th December 2019 the Teatro Linguaggicreativi will present CORPI SUL PALCO, a series of artistic performances, curated by Andrea Contin, presented by internationally active visual artists and young newcomers. The protagonists of the two evenings leave the usual exhibition contexts and the Academies to perform in the symbolic space of the primary representation – the stage of the theater – and to tell how contemporary art uses body languages.

Artistic performance has a history parallel to that of theatre, of which it shares its origins, at least since Antonin Artaud identified a common anthropological root. The artist-performer usually stages his actions in places other than the stage, often looking for a site-specific location that gives the artistic performance the value of an incursion into reality quite different from the theatrical one. Today, however, the boundaries between the performing arts – including dance – are completely blurred, and mixing is an inevitable and useful practice.

Bringing the artistic performance to the theatre’s designated place, to confront the fourth wall, is at the same time a way to widen and mix two different types of users and a gesture to give back life to a form of artistic expression that still today, as Vito Acconci said, struggles to “stay at the center”. A centre that perhaps does not exist, either physically or socially, and that therefore must be “decentralised” as much as possible, in search of new energy for all.

The invited artists belong to different generations and use heterogeneous expressive languages: the evenings of CORPI SUL PALCO offer the widest possible vision, even if inevitably circumscribed, of the world of performance in the visual arts, within a different context but extremely stimulating and full of symbolic and psychological values. The performances will follow one another on stage with a theatrical rhythm, presented by the curator and in turn artist and performer Andrea Contin, who will introduce the actions creating an extemporary thread to the evenings.

Sergio Breviario was born in Bergamo in 1974, in 1998 he graduated from the Brera Academy of Milan in the painting course of Diego Esposito, in 1998 he studied at Kingston University in London and in 2002 he took part in the Advanced Course in Visual Arts at the Fondazione Ratti in Como, Visiting Professor Giulio Paolini. In 2006 he attended the workshop Wherever We Go, held by Adrian Paci, where the comparison with other European artists proved to be fundamental. His research is based on verifying exhibition systems that are themselves artistic processes. Oscillating between modernist utopia and post-modern consciousness, he stages exhibition mechanisms without absolute certainty, experimenting with a participatory approach.