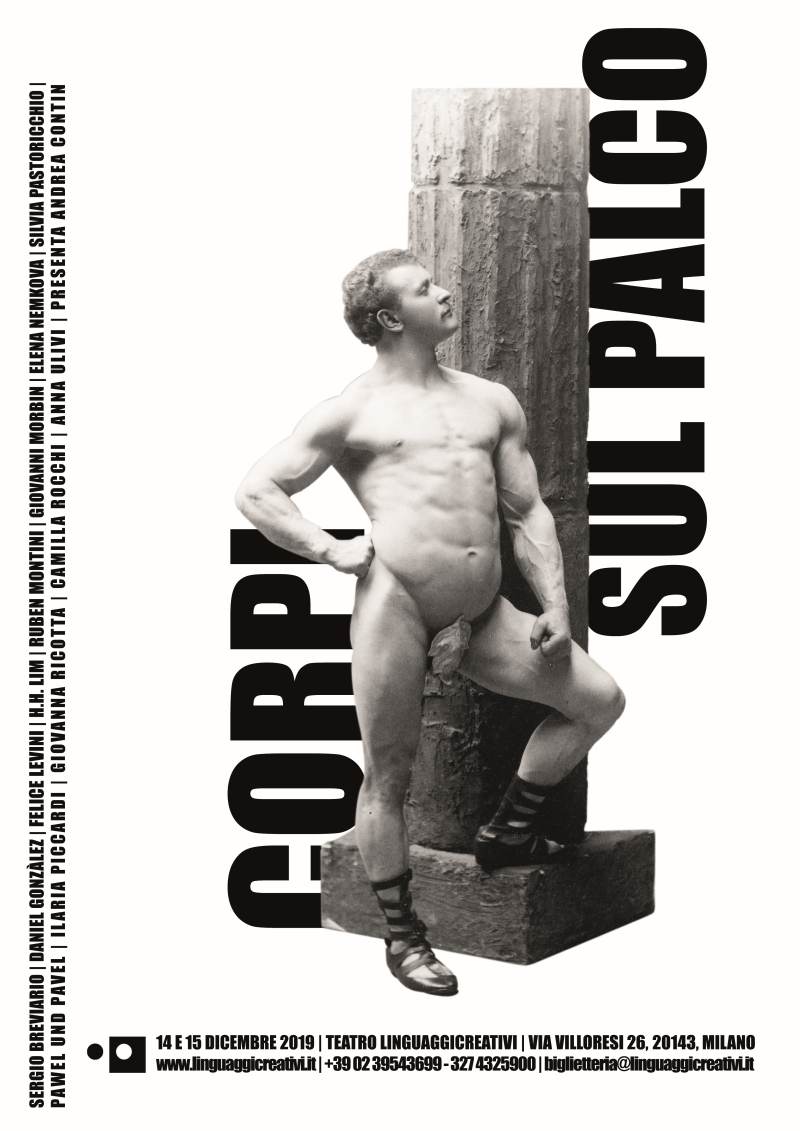 The protagonists of the two night are here overlapping the habitual expositive context and the academic dimension in order to exhibit in a symbolic space of the representation – the stage of the theatre. They are going to tell how the contemporary art uses the different languages of the body.

The artistic performance has a parrallel history but shares with the theatre the same origin. Or at least this can be said after Antonin Artaud has found an anthropological common root.

The artist-performer stages his action in different places of the stage, mostly searching for a site-specific collocation that wants to put the performance under a different light overlapping the stage and enterering the reality. Today the threshold between art and performance -dance included- is widely blurred and the minglings are positively inevitable.

Bringing the artistic performance to the theater stage, facing the fourth wall, is a way of enlarging and mixing two different type of spectators but also an action that brings new vitality  to a form of expression that, even today (as Vito Acconci said) has some difficulties in “staying in the centre”. A centre that maybe doesn’t exist, neither phisically nor socially, and so it needs to be decentralised.

The artists here presented belong to different generations and are using different linguistic attitudes: the two nights of CORPI SUL PALCO are meant to offer a wide and eterogenous vision of the world of performances in the visual arts, dealing in a different context but bringing new symbolic and psycological significance.

The performances you will see on stage are going to have a theatrical rhythm, and the curator-performer Andrea Contin will introduce the different actions creating a common thread.