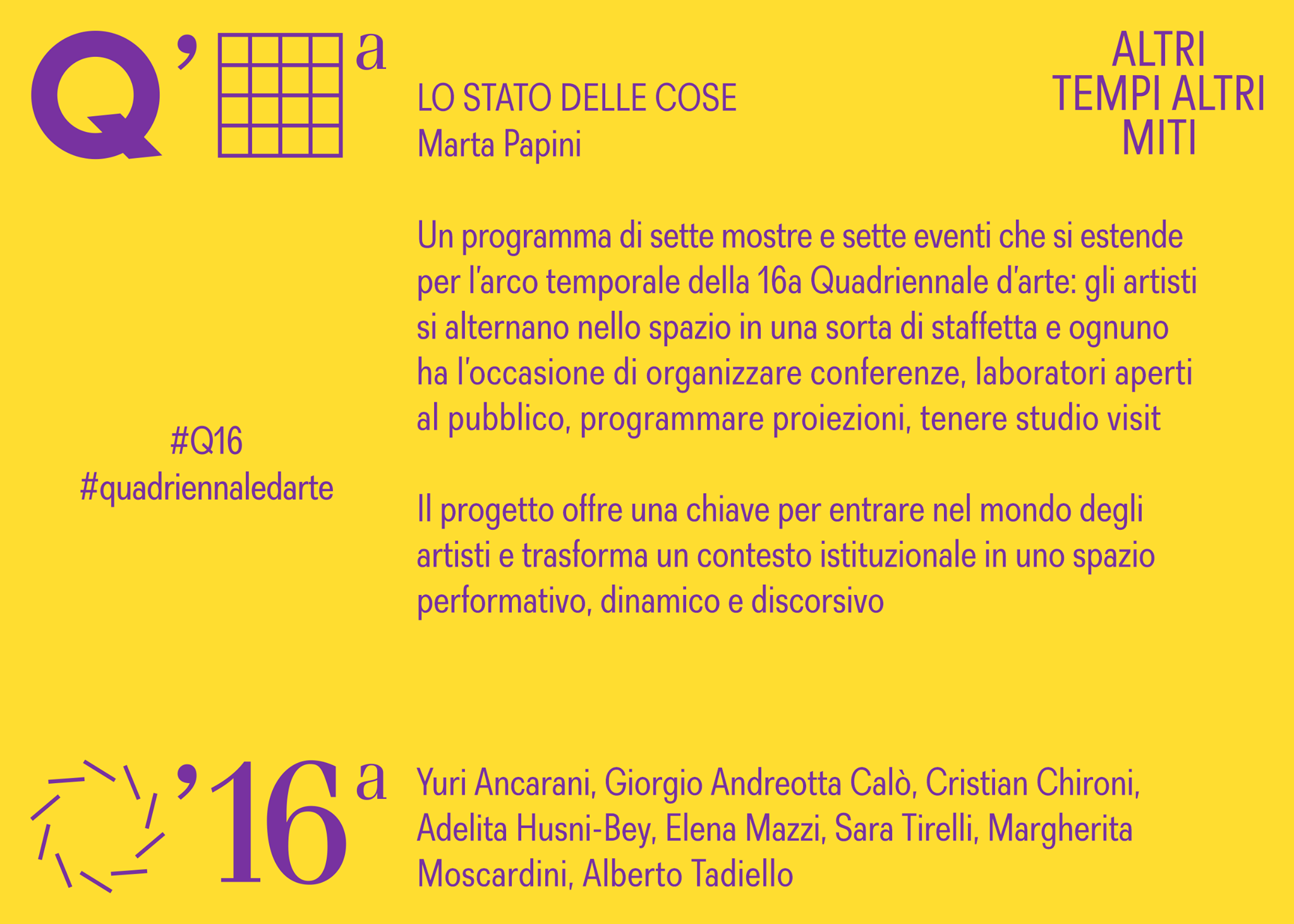 Adelita Husni-Bey, Giorgio Andreotta Calò, Alberto Tadiello, Cristian Chironi, Margherita Moscardini, Elena Mazzi (in partnership with Sara Tirelli) and Yuri Ancarani: seven key names from the current national and international scene, each very different from the next. Their styles differ so much that it is impossible to assimilate them in a single reading. A dialectic space for comparison between the individual pieces and between them and the public is formed.

The project consists of a programme of seven exhibitions and seven events that extends over the entire period of the 16th Art Quadriennale. The invited artists will alternate within the space in a sort of relay, an interlocking exhibition mechanism that adopts a different timeframe to the other shows being held in the Palazzo delle Esposizioni at the same time.

Lo stato delle cose is not a group exhibition, where the images and meanings of the works overlap and interweave thanks to the work of the curators. Instead, it is an exercise in attention: the public, in a one-to-one relationship with the work, has the possibility to linger on the research of each artist both within the exhibition and through a public programme, conceived as an integral part of the project, which studies it in depth.

On the one hand, the installed works are never seen side by side in a visually unifying space, but can only be linked and compared in the mind of the visitor. On the other, as well as exhibiting their own work, each artist has the opportunity to invite speakers to hold talks on the areas of research of interest to them, to arrange film screenings, to organize public workshops and to hold studio visits.

Lo stato delle cose offers a key to entering the worlds of the artists, an opportunity to explore their work in a new context, without relegating the research to an ancillary moment of the exhibition, but taking it back to the fundamental point of sharing the work, within an institutional context that thus becomes performative, dynamic and discursive.