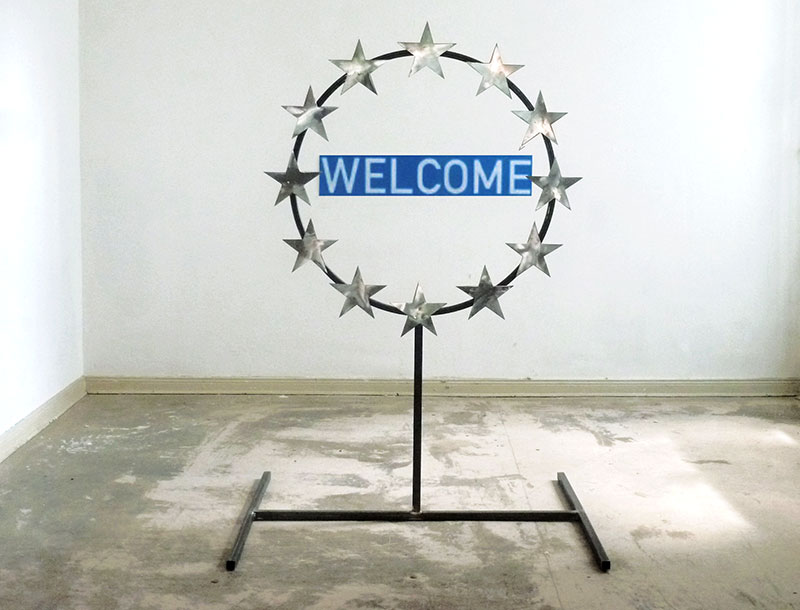 Ressentiment (french for resentment) is much more than a stereotype, cliché or negative image that only comes to be used when it is a case of defaming a political opponent: the theme of rancour involves cultural processes that are much more subtle. Resentments are in fact light- avoiding growths that flourish in the shadow of the experience of a humiliation, subjection or defeat and structure the relationship between the inferior and the superior. The perception of a real or felt imbalance with respect to others can arise in individuals, groups, linguistic or religious communities – but also in entire nations.

Resentments can be instrumentalised with extreme ease and currently serve many authoritarian or nationalistic politicians as accelerators for an international conflagration which they themselves have unleashed. Donald Trump, Vladimir Putin, Viktor Orbán and Recep Tayyip Erdoğan are unfortunately only the most prominent symbolic figures of a much broader tendency that uses all means possible to realize its politics of hate and anger. This “politics of rancour” knows how to bring to light the blocked and repressed feelings of inferiority among the general population in an eruptive manner – with the goal of seizing power and thereby jettisoning democratic structures that have been established for decades. The energy and dynamism of this strategy is evident not only in the political successes of those who use it, but above all in the way in which it drives along its opponents. The tactic is one of massive simplification that refuses to inquire further, formulates problems in terms of friends and enemies and, under the cover of a “new complexity,” creates an atmosphere of fear. Individuals who think differently are automatically declared to be opponents, differentiated points of view are defamed as efforts at distraction by the Establishment, and the free expression of opinion is branded a strategy of disinformation.

These dynamics wouldn’t have so severe an impact if it were a matter of purely political operations. But behind all this is a culture war that must be seen against the background of the unleashing of global capitalism. The counter-protagonists are not only politicians and journalists; obviously, artists also adopt various strategies in response to the “triumphal march of global capitalism.”3 While some artists concentrate on formal, art-immanent, self-reflective issues, there are others who become engaged in refugee projects, for example, and express solidarity with marginalized, persecuted groups in order to improve their situation. Still other artists turn a critical vision toward processes of social transformation and create a form of alternative public. The element connecting all these tendencies is an absolute freedom of art, a freedom that was achieved with great struggle starting with the end of the nineteenth century. Well-versed in handling authoritarian powers and anti-modernist impulses, art has developed a few strategies for asserting itself in opposition to these retarding energies. The exhibition A Secret Rancour – Notions of Resentment intends to bring to expression this inherent strength of art. Thus the works of art on display are far more than mere evidence of dealing with rancour. They are statements that respond to dissent – but can also “dish it out” – and thereby take seriously the opinions of others as relevant self-expression by thoughtful individuals.