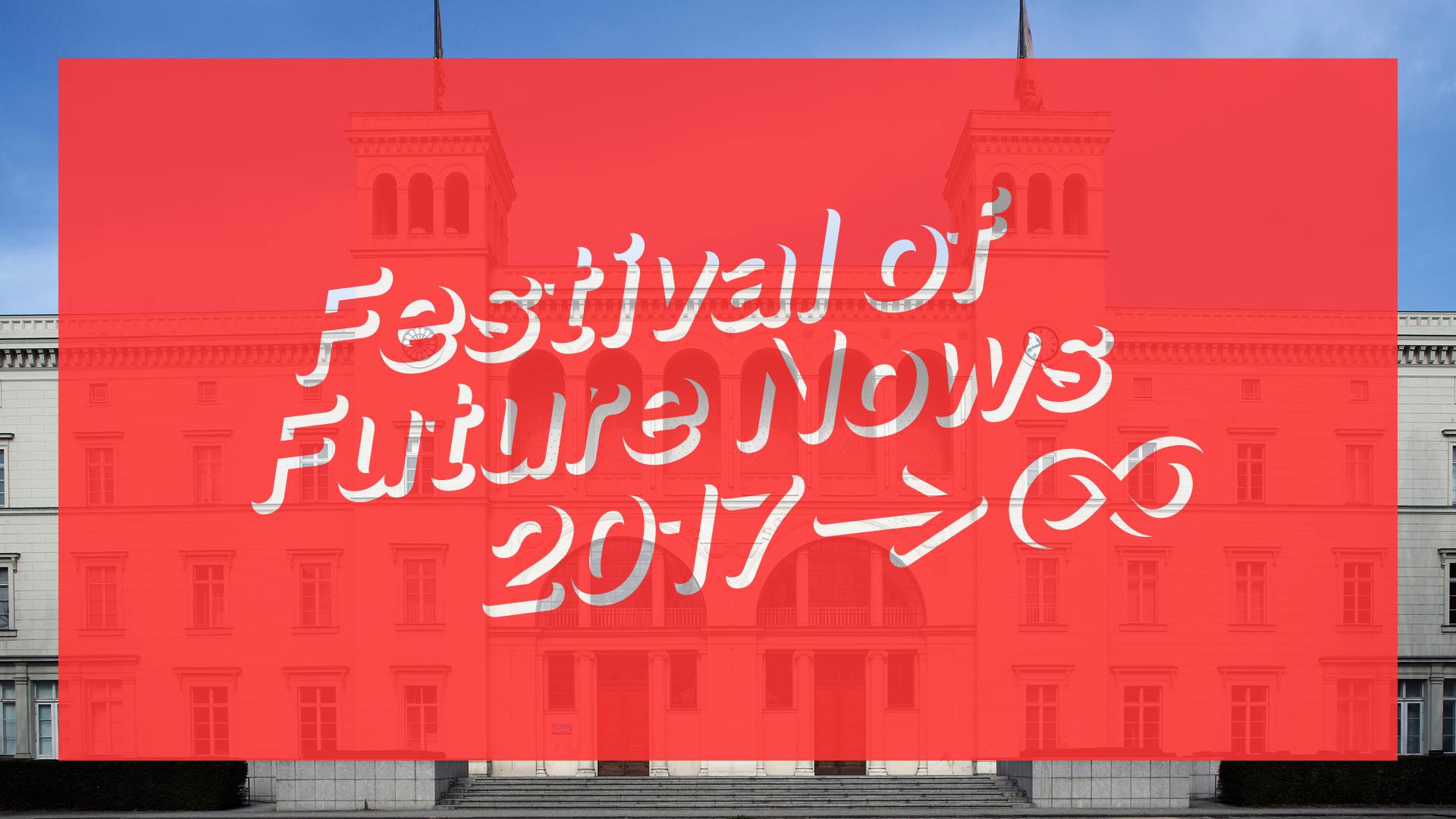 ‘The challenge is in the moment, the time is always now.’ (James A. Baldwin)

The second edition of the Festival of Future Nows is taking place during Berlin Art Week 2017 at Hamburger Bahnhof – Museum für Gegenwart – Berlin. This year’s cooperation between the Nationalgalerie – Staatliche Museen zu Berlin, Olafur Eliasson and his Institut für Raumexperimente e.V. – as with the festival’s first edition in 2014 – brings together different works by over 100 international artists.

Over a four-day period, a dense cloud of creative energy and spontaneity will erupt and break free like a Berlin punk-opera-weather-condition, passing by and hovering over Hamburger Bahnhof. The festival program invites a young and diverse crowd to engage with the unpredictable nature of performance, action, music, interventions, dance, experiments, movement and perception exercises. Spontaneous choreographies, musical disruptions and overlooked encounters invite various forms of audience participation happening at flash-mob-like speed. Individual projects take place in parallel or overlap. The deliberate abundance forces visitors to take a nonlinear route through the festival. The principle of ‘density and diversity’ is applied purposefully. The Festival of Future Nows 2017→ ∞ brings together an experimental and inspiring mix of emerging practitioners interspersed with some more renowned artists under the banner of ‘The challenge is in the moment, the time is always now.’

From 2009 to 2014 Olafur Eliasson led the Institut für Raumexperimente (Institute for Spatial Experiments), which was affiliated with the Berlin University of the Arts, together with Christina Werner and Eric Ellingsen. Working with the participants in the internationally highly regarded project, they experimented with new approaches to arts education and research. To mark the project’s end in autumn 2014, the institute created the Festival of Future Nows at the Neue Nationalgalerie in Berlin, just before the iconic building by Ludwig Mies van der Rohe closed for renovation. The second edition of the festival continues with a similar approach and is based on the broad artistic network around the Institut für Raumexperimente.