Tsvetkov’s work seeks to understand the intersections of culture and nature and attempts to comprehend notions of shifting culture and disparate ways of living.
His work examines traditional conceptions of aesthetic beauty and practical design from objects typically regarded as waste. It is within the fringe residues and discarded matter that Tsvetkov seeks to represent the social meaning of various ways of life, as rooted in his personal explorations of religious and cultural dogmas through travels across Europe, Asia and Africa. Within this framework, he touches upon the juncture of the urban and the rural, cultural exchange, and the process of fluid working environments.
In his recent work Tsvetkov has become increasingly interested in the idea of landscape and territory, especially the impact of human activity on the earth’s surface and the blurring intersections of manufactured and existing landscapes. In particular his concern is with how boundaries exist in physical, social, and conceptual terms as well as territory as it relates to nationality and identity.
The process of electrolysis has become a metaphor for change and transmutation in Tsvetkov’s work: this method uses a direct current to drive chemical reactions resulting in oxidation and reduction of conductive objects, causing those which are charged positive migrate to the negative pole of the circuit and vice versa.
Replicating the diverse transformations produced by similar but much more complex transformative processes, the migration of the particles creates a landscape that recalls the satellite images of global change that have become so
ubiquitous in the last decades.
The idea of continuous change and transformation is central to this work. Human or natural boundaries are never fully secure or safe. The closer one gets to lines of separation the more blurred these lines become. Tsvetkov’s own nomadic life has convinced him that landscapes, territories, concepts and perceptions are inherently unstable, despite attempts to assert control and define boundaries in place, time and memory. 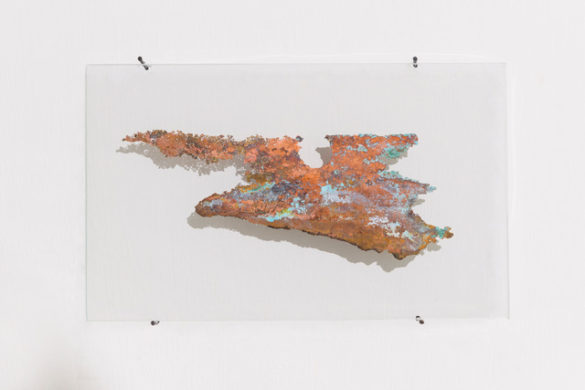 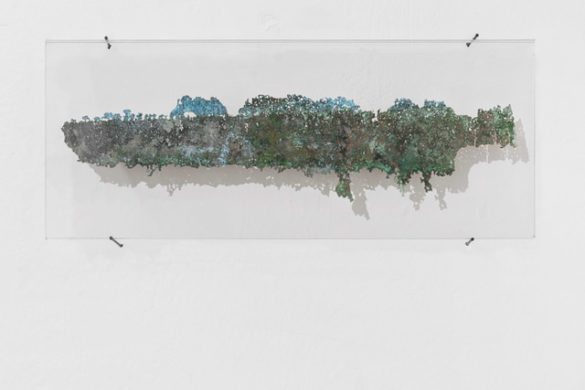 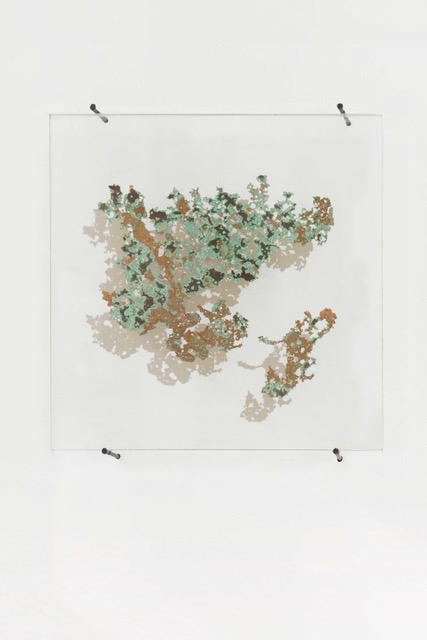 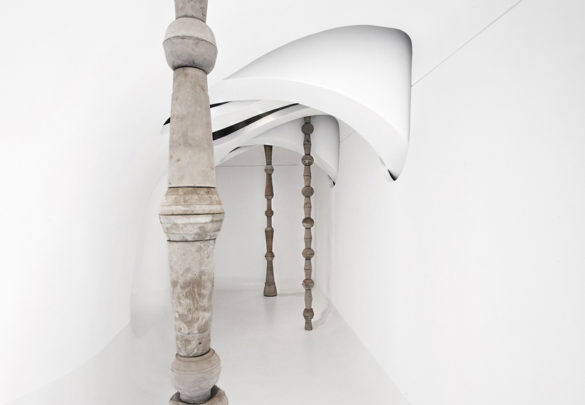